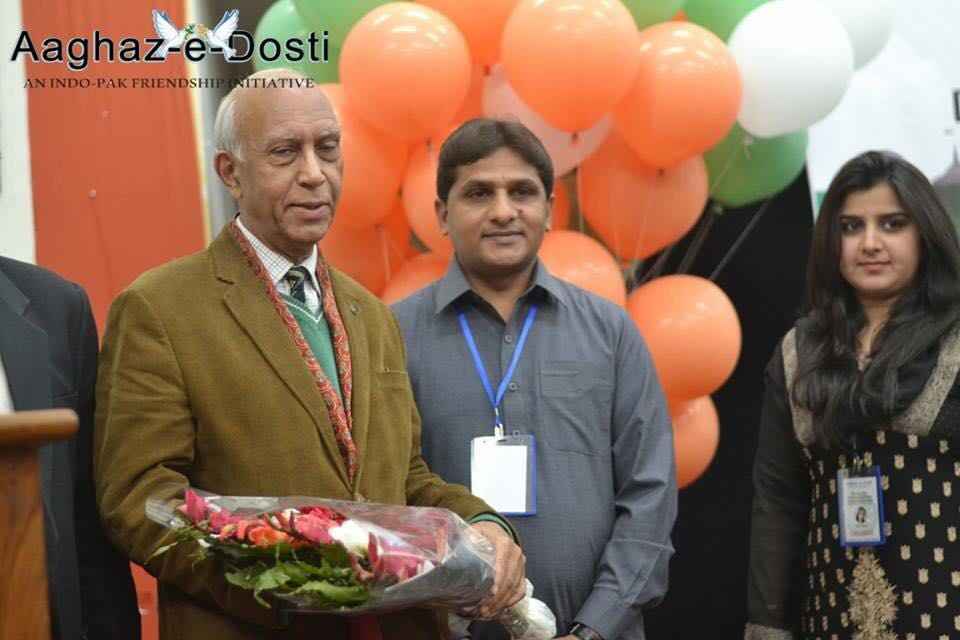 The cross-border youth group Aaghaz-e-Dosti (start of friendship) has issued a statement expressing concern about the disappearance of Raza Khan, the group’s Pakistan Convener.

Raza Khan was reported missing after being last seen on the evening of Dec. 2, 2017. He had organised a discussion on the issue of extremism at the community centre he ran in Lahore. The Lahore police subsequently registered a first information report (FIR) on the missing person case complaint filed by his family and friends. There has been no trace of the disappeared activist.

Aaghaz-e-Dosti is a joint collaborative venture between India and Pakistan founded in 2012 by volunteers, mostly youth and students advocating for global peace.

“Aaghaz-e-Dosti is an apolitical initiative that does not attach itself to any political ideology except for the ideology of peace and humanity”, says the statement. “Aaghaz-e-Dosti members from both India and Pakistan have complete faith in the constitutions of their own countries and their affiliation with this initiative is voluntary on the basis of their belief in the universal values of human rights, to which all countries and people of the world are committed”.

Expressing their group members’ pain and anguish at their colleague’s disappearance, the Aaghaz-e-Dosti statement acknowledges Raza Khan’s “valuable efforts to work for peace education, mostly among school students”. This is a core part of the work of that Aaghaz-e-Dosti does for Indo-Pak friendship.

Raza joined Aaghaz-e-Dosti in year 2016 but was already involved in activism at a local level in Pakistan about various domestic issues.

“We have complete faith in the working of state agencies and are hopeful that Raza will be back soon with the efforts of the Government of Pakistan and its state institutions”, says the statement. “Aaghaz-e-Dosti extends its gratitude to everyone who is supporting and helping to find Raza Khan”.

Please help us by also sharing this appeal and and to connect us with media persons of India, Pakistan and international media.

A young Indian activist's anguished post about her disappeared colleague in Pakistan South Asia Engagement Forum launched at Harvard: “Only when we demand change, will it occur”