Fishermen’s arrests: A story of pain and hunger 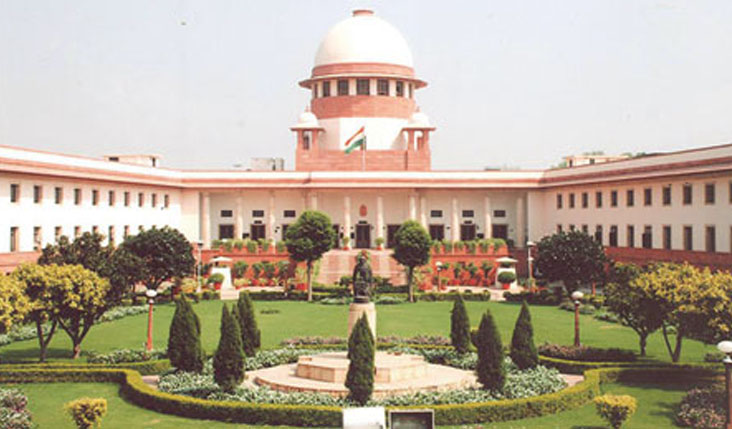 Three months ago, Pakistan and India agreed that their border forces would release within 24 hours all fishermen from the other country arrested while fishing on the wrong side of the maritime border. They also agreed to exchange the boats confiscated during such arrests.

Dependent on the shared resources of sea for their livelihood, fishermen living in coastal areas along the Rann of Kutch lead a precarious existence. Not only are they at the mercy of the elements in their ill-equipped boats which have no radars or radios, but while out fishing, they risk violating the unmarked maritime border and Exclusive Economic Zone (EEZ) and being detained and imprisoned by the Pakistan Maritime Security Agency (MSA) and the Indian Border Security Force (IBSF).

The affected families allege that these arrests are a thriving business in which the border forces of both countries are involved. They maintain that the moveable items are sold off, and the money distributed between the arresting parties. Each confiscated boat represents Rs. 5-6 lakh, including the cost of boat, nets, equipment and catch.

The Maritime Security Agency (MSA) denies this, saying that the vessels, fishing nets and stock remain in their custody until the court authorises them to auction off this stuff. The auction money is duly recorded, and the money is deposited in the State Bank of Pakistan, so there is no way that this money is embezzled by anybody, they say.

Over the past 62 years, both countries have passed many declarations promising the early release of detained fishermen but these declarations are rarely implemented.

The Consular Access Accord of May 25, 2008 makes it incumbent upon both governments to “maintain a comprehensive list of the nationals of the other country under its arrest, detention or imprisonment; the lists shall be exchanged on 1st January and 1st July each year.”

Occasionally, prisoners are also ‘exchanged’ under the Access to Prisoners Agreement. Bafflingly, when fishermen are released, they are sent all the way to Wagah border from where they have to travel all the way to their homes on the coastal areas. Their boats and fishing nets are not released.

The families of detained fishermen tell heart-wrenching stories of misery and pain. Sami Memon, spokesman of the Pakistan Fisherfolk Forum told me that many children of such families in Karachi have been forced into begging. The community had hoped for the imminent release of Pakistani fishermen in Indian prisons — hope that was “again extinguished as the process halted once again after the Mumbai attacks of Nov 2008.”

The arrested fishermen’s families live at or below subsistence level in slums, in thatched huts. Already politically and economically disadvantaged, they suffer psychologically as well. Illiterate, deprived of their main source of income, they depend on handouts from relatives or neighbours.

Mai Aasi, a 90-year old widow, spends her days praying for the return of two of her sons and her son-in-law, arrested over 15 years ago by the Indian Border forces. She has since lost her eyesight. Her husband died soon after hearing about the arrest of his sons. Tears roll down her wrinkled face as she tells her story, reflecting the poverty and helplessness of a woman deprived of her sons who were also her bread earners. There is no financial support from the government for such families.

Mai Aasi’s son Achar was the captain (nakhuda) of his boat. Crew members included his brother Siddique, brother-in-law (Hussain) and two other relatives. After his arrest, Achar’s wife Jannat went to live at her brother’s house along with her baby girl of two months, now around 16 years old. The two women, holding up an enlarged picture of Achar, regularly attend rallies held to demand the release of detained fishermen . Dependent entirely on fishing, Jannat’s brother looks after his own family as well as his sister’s earning Rs 100-300 per day to support eleven souls. Jannat contributes by making rilli (traditional patchwork); each rilli, completed in 15-16 days, brings her a meagre hundred rupees or so.

They live in dismal conditions in a thatched hut of a katchi abadi, Charan Para-1 of Ibrahim Hyderi. Jannat believes that the Indian police tortured Achar and Hussain to force them to confess that they were smugglers. India’s snail paced justice system took 13 years to decide the case; the men were sentenced to 15 years imprisonment – after having already been in prison for that long. Now having only served two years of their sentence, they will have to wait for another 13 years before his final release.

Jannat’s brother claimed that the men were arrested from Pakistani territory because he was on a small boat which could not have gone out to sea where the Indian maritime border starts. “We are poor and resource-less,” he said. “We cannot seek justice for them.”

Achaar’s sister Sakeena (Hussain’s wife) lived for 15 years at various places, surviving on handouts by locals. She now lives with her mother Mai Aasi in Charan Para-2, Ibrahim Hyderi, in a hut donated by a local philanthropist. Sakeena has five sons and one daughter; the youngest child was two months old when Hussain was arrested. Living from hand to mouth, she has been unable to educate her children, although she has managed to married off one son and daughter. She suffers from kidney pain, heart trouble and constant headache, as well as psychological problems, but has been unable to afford treatment for herself or her son who has a brain disease. However, her financial condition is relatively stable now as three sons have taken to the sea, each earning Rs. 100-200 daily through fishing. Like Jannat, she also makes rillis to supplement the household income.

They have had no contact with the men detained at Ahmedabad Jail, India, except for a letter received two years ago through a Muslim whose shop is in front of the jail. There have been no replies to their letters.

The detained fishermen’s families complain about the government’s lack of financial or legal support. Most of their women addictively chew gutka and paan, have no education or health facilities, and are stigmatised due to their men being in prison. It is they and the detained fishermen who pay the price for the “political game” played by the two rival countries.