Flood of despair, a trickle of hope 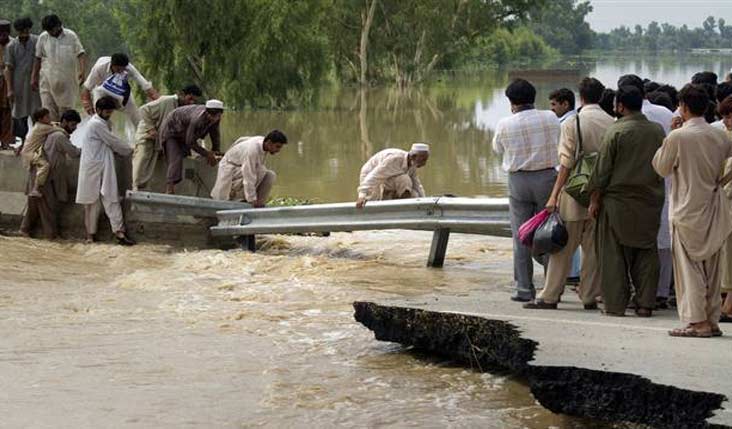 July 28, 2010 was a bad day for Pakistan. That morning, heavy rains led to a private airline plane crashing into the Margalla hills near Islamabad, killing all 152 on board. The rains also brought the most devastating floods in living memory.

That day, a few Pakistani water experts and I landed in Delhi for a closed-door seminar on water as an issue that causes tensions between India and Pakistan, organised by the Centre for Dialogue and Reconciliation and Aman ki Asha where I work. By the time we returned home on July 31, the floods had claimed 500 lives in northern Pakistan and left thousands homeless.

“Why did we show a different level of grief for those killed in plane crash and those in floods?” asked Zahid Abdullah, an NGO activist in Islamabad.

I tweeted the question. The responses pointed to the role played by the media: the air crash victims had city connections, could afford to travel by air, journalists in the mainstream (largely city-based) media could relate to them. There was easier access to the crash site, so images were on television, newspapers and the Internet almost instantly. The dramatic plane crash deaths grabbed headlines, compared to many times that number dying over several weeks in the floods.

The victims of the worst natural disaster in Pakistan’s history are overwhelmingly poor and illiterate villagers, living far from the media spotlight. As journalists began reaching the affected areas, their plight began to be highlighted.

By mid-August, the number of casualties was over 1,500, and more than 14 million had been affected — more than in the 2005 Kashmir earthquake, the 2006 tsunami, and the 2010 Haiti earthquake combined.

UN Secretary General Ban Ki Moon, after a visit to Pakistan, termed the disaster akin to a ‘slow moving Tsunami’.

“This has been a heart-wrenching day for me,” he said after flying over the hard-hit areas with President Asif Ali Zardari on Aug 16. “I will never forget the destruction and suffering I have witnessed today. In the past I have witnessed many natural disasters around the world, but nothing like this.”

This, from a man who visited Myanmar after the devastation caused by Cyclone Nargis in May 2008 (about 138,000 casualties) and who flew to Sichuan in China days after the March 2008 earthquake (nearly 90,000 casualties).

At the Delhi water issues conference, the discussion was, in hindsight, as relevant to the floods as to water scarcity and mismanagement. Delegates presented on watershed management, climate change, water development projects, alternative energy sources, joint monitoring and studies of water flows and levels, and the need for cooperation between India and Pakistan on water issues.

Climate change is linked to the unnaturally deep penetration of the monsoons into Pakistan’s Khyber Pakhtoonkwha province and across the border in Ladakh — exacerbated by deforestation and poor watershed management on both sides.

A website created to map and report flooding in Pakistan shows the affected areas across Pakistan and on the Indian side (http://pakreport.org/ushahidi/main). Mother Nature does not respect man-made boundaries — or man-made efforts to contain her elements.

Embankments along the river prevent flooding in normal times. But since they prevent silt from being deposited along the vast flood plains, the riverbeds rise. Permanent human settlements crop up on the flood plains, so that when there is a ‘super flood’ like this one, it causes unprecedented destruction.

The scale of the current disaster is unimaginable. Thousands of displaced villagers are pouring into relief camps, bereft of their possessions, vulnerable to death by cholera, dysentery and exposure. The majority are the poorest of the poor, for whom their most precious possessions are a pair of sandals and a chicken or goat — judging by what they choose to salvage.

Government (including the army, part of whose job description is disaster relief) and non-government organizations and individuals have rolled up their sleeves and got to work.

At this time, the support of others, and particularly our neighbors, means a great deal. Thank you, Indian friends around the world, for all you are doing and trying to do. Your support gives us hope at a time when succumbing to despair would be all too easy.