Forging ahead: Five years on 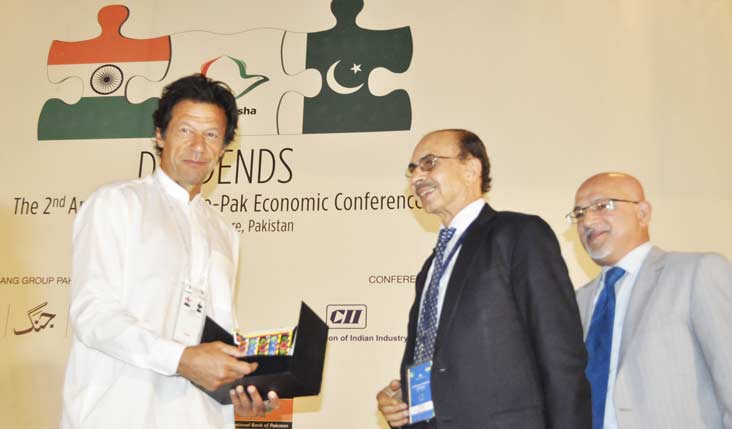 On January 1, 2010, the Jang Group of Pakistan and The Times of India launched an unprecedented initiative for peace between Pakistan and India. The occasion was marked by another unprecedented move: a joint editorial simultaneously published in both countries, in Jang Group and TOI publications.

Five years on, the Aman ki Asha community of peace-mongers is growing every day, with dozens of organisations and individuals, particularly youth, inspired to join the movement. This is a good time to re-visit the joint statement published on Jan 1, 2010. Extracts:

Peace between India and Pakistan has been stubbornly elusive and yet tantalizingly inevitable. This vast subcontinent senses the bounties a peace dividend can deliver to its people yet it recoils from claiming a share. …

In this perennial season of inertia and zero-sum calculations prejudices continue to fester, stereotypes are entrenched and myth replaces reality. …We believe it is time to restore the equilibrium. Public opinion is far too potent a force to be left in the hands of narrow vested interests. …Skepticism about the given is often the genesis of faith. This skepticism has been brewing. It can be unleashed to forge a new social compact between the people of this region. A social compact based on a simple yet powerful impulse – Aman ki Asha. A desire for peace.

The media in India and Pakistan …can help in writing a final chapter, adding a happy twist to a story that seemed headed for tragedy. It can do so by shaping the discourse and steering it away from rancour and divisiveness. It has the maturity to recognize the irritants and obstacles to peace and will not take a timid stance towards the more intractable and contentious issues – whether relating to Kashmir, water disputes or the issue of cross-border terrorism. It can offer solutions and nudge the leadership towards a sustained peace process. It can create an enabling environment where new ideas can germinate and bold initiatives can sprout…

The Times of India Group and the Jang Group have come together to energize the process of peace between our two countries. We believe that this is an intervention whose time has come. We recognize that set backs will occur but these should not derail the process. We will need to reach out and pluck the low hanging fruit in the beginning before we aim higher. Issues of trade and commerce, of investments, of financial infrastructure, of cultural exchanges, of religious and medical tourism, of free movement of ideas, of visa regimes, of sporting ties, of connectivity, of reviving existing routes, of market access, of separated families, of the plight of prisoners, will be part of our initial agenda…

We owe our unborn generations the right to rise out of the depths of poverty, and squalour… There are external elements at work in the region that thrive on the animosity between the two neighbours. They have a stake in keeping the region in turmoil. We need to combat them by making them irrelevant.

Our subcontinent needs to follow the footprints left behind by the great poets, sufi saints and the bhakts who preached and practiced love and inclusiveness. This is the land of Tagore and Ghalib, of Bulleh Shah and Kabir, of Nanak and Moinuddin Chisti. It is their spirit that will guide us in this journey. The one and half billion people of this region await the dawning of an age where peace, equality and tranquility prevails. This will happen when every heart beats with Aman ki Asha.

The power of Urdu poetry Jab we meet