Honouring Iqbal in the land of Tagore 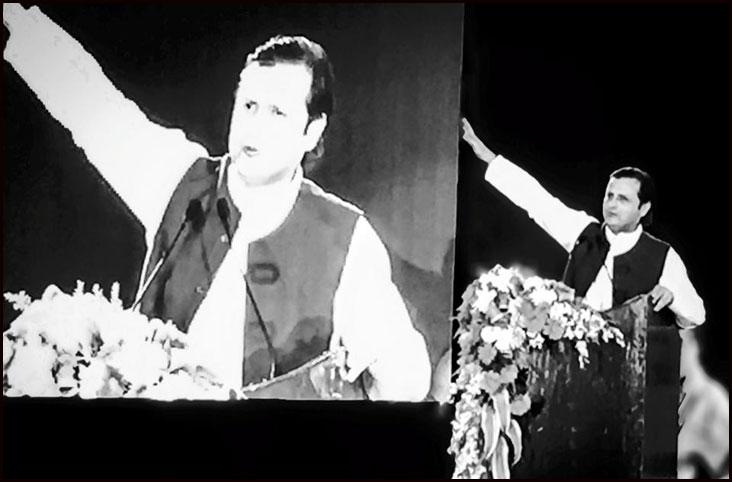 Dr Waleed Iqbal at the inauguration ceremony: My grandfather also wanted relations between both countries to be 'Saare jahaan se achha'. Photos by Abhishek Chamaria

The guest of honour Prof. Waleed Iqbal, flew to Kolkata from Lahore to receive the ‘Tarana-e-Hindi’ Award bestowed posthumously on his grandfather, Allama Iqbal

Thousands of people in Kolkata attended the three-day ‘Jashn-e-Iqbal’ organised by the West Bengal Urdu Academy on May 29-31, 2015 to honour Dr Sir Allama Mohammad Iqbal. Known widely as Allama Iqbal, the poet-philosopher of Pakistan, he also wrote the famous poem that is an unofficial anthem for India, “Saare Jahaan se Achha, Hindustan Hamara”.

Chief Minister of West Bengal Mamta Banerjee, who is also Chairperson of the West Bengal Urdu Academy, inaugurated the festival on Friday. The event was co-hosted by Aman ki Asha, the joint peace initiative launched on Jan 1, 2010 by the Times of India and the Jang Group, Pakistan.

The guest of honour, Iqbal’s grandson Prof. Waleed Iqbal, flew to Kolkata from his hometown in Lahore, Pakistan. Visiting the ‘City of Joy’ for the first time, he received the ‘Tarana-e-Hindi’ Award bestowed posthumously to Allama Iqbal at the festival.

Entering Nazrul Manch, the inauguration ceremony venue, I was delighted to see several Aman ki Asha ‘standees’ that I promptly got myself photographed with. The venue was bursting to capacity with a human sea of over 3,500 people in the auditorium, and another 15,000 in tents outside, watching the event live on giant television screens.

A thunderous round of applause greeted Dr Waleed Iqbal as he walked onto the inaugural stage in his green waistcoat. Addressing the audience, he described India and Pakistan’s relationship as a complex one. He stressed that while his grandfather had dreamt of Pakistan, “he would also want relations between both countries to be ‘Saare jahaan se achha’!”

Former Chief Justice of India Altamas Kabir: “It is imperative for us to have more interactions”

Noted Bollywood actor Raza Murad with his signature deep voice conducted the evening. The ambience was surreal. A chorus sang Iqbal’s immortal verses, projected on a giant LED screen as the Indian flag fluttered in the backdrop.

“The entire country will be proud of this programme that we must celebrate every year!” proclaimed Chief Minister Banerjee to loud cheers. “The next generation should know Iqbal and his literary contributions. His works should be translated in different languages. We would want janab Waleed Iqbal to come forward and work in tandem with us, for a better relationship between India and Pakistan.”

“In Pakistan, my grandfather is a national hero,” said Dr Waleed Iqbal. “That West Bengal, the land of Rabindranath Tagore has honoured him, is a great sense of achievement for my family. We cannot change our neighbours… so, my message for India is: you are bigger in size, you need to have a bigger heart too!”

On the morning of the second day, Dr Iqbal inaugurated an open-air exhibition featuring books written by and on Allama Iqbal. This was followed by an international seminar with scholars from Bahrain, Kuwait and other places reading papers on Iqbal.

Ansar Mandal, Convener West Bengal Lawyer’s Forum: “”Aman ki Asha is perhaps the only functional passage for strengthening relations between India and Pakistan… Peace is the only solution”

The festival culminated on the third day with a historic international mushaira. Over 2,300 people filled the auditorium and another 3,600 braved the heat in tents outside, watching the event live on giant screens.

The festival was conceived and executed by parliamentarians Sultan Ahmed (Lok Sabha) and Mohammad Nadimul Haque (Rajya Sabha). Both are governing body members of the West Bengal Urdu Academy.

I had the opportunity to speak to them about Aman ki Asha at an exclusive dinner hosted by
Akhbar-e-Mashriq, the largest Urdu daily of West Bengal, that Nadimul Haque owns.

“I think the idea of Aman ki Asha is fantastic,” he told me. “Where official channels often have to stick to protocols and procedures, platforms like Aman ki Asha come to play a huge role, acting as a catalyst. This dedicated forum is helping us improve our relationship with our most important neighbour.”

He said that the programme was inspired by Allama Iqbal’s contribution to Urdu literature, and his universally read and appreciated poetry. As he pointed out, many universities in India have an Iqbal Chair.

The festival culminated with a historic international mushaira attended by over 2,300 people in the auditorium and another 3,600 in tents outside, watching the event on giant screens

Nadimul Haque, member Rajya Sabha: “Aman ki Asha is helping us improve our relationship with our most important neighbour”

He added that the visa for the guest of honour had been granted in record time, after the organisers spoke to the Home Minister and the Ministry of External affairs. “And it is soul warming that we have honored Allama Iqbal from the land of Tagore!”

“Culture and language both have a connectivity that we must make use of,” said Sultan Ahmed. “Aman ki Asha is a beautiful concept that is doing commendable work. We should increase our thrust on education and humanitarian activities to usher in feelings of mutual peace. Aman ki Asha should be replicated as an international model to work around the world.”

Allama Iqbal’s grandson was all smiles when asked to give for a message for Aman ki Asha.

“The animosity between India and Pakistan affects the ordinary people, the less privileged masses,” he said. “They don’t see any change in their lives; they continue to get poorer, while we invest our resources in becoming nuclear powers competing against each other.”

“The grim reality is that columns, words and interviews will not make any difference. It is the Governments on both sides that need to empathise and take action,” added Dr Iqbal.

“The problem is a complex one, but one can break down the complexity with passion and simplicity. That calls for courage – courage of the mind. We need to sail out of the past, keep our eyes looking forward. We need to disassociate ourselves from the oppressive clutches of our past. As Gandhi said, ‘An eye for an eye leaves the whole world blind.’ We need to call for peace sooner or later. We are both nuclear powers today, heading towards mutually assured destruction. That needs to stop!”

Addressing the luncheon guests, Dr Iqbal talked about his own career as well as his parents and their careers. He also spoke about the legal systems in Pakistan and the need for ensuring bilateral peace between India-Pakistan.

Asked to give a message for Aman ki Asha, former Chief Justice of India Altamas Kabir said there is a striking cultural similarity between both nations. “It is imperative for us to have more interactions – at the level of the masses and even the lawyers,” he said, adding rhetorically, “Our hearts beat in the same fashion, don’t they? Punjab and Sindh have been divided but can one divide the culture? Souls cannot be cut by man-made lines, what we refer to as borders!”

He talked about the warm reception he received on his two visits to Pakistan. “I felt so special… like nobility!” he said. “I will be very happy to have visa relaxations. Culturally we are the same people. It’s circumstances that have created difficulties. We have parents this side and their children that side or vice versa. The visa permission process needs to be eased. What do we do in circumstances like marriage and death? It’s time that the ordinary, common citizens are allowed to interact as much as possible!”

“Aman ki Asha is perhaps, the only functional passage for strengthening relations between India and Pakistan,” said Ansar Mandal, former Chairman Bar Council of West Bengal and Convener West Bengal Lawyer’s Forum. “It is a platform which allows the common man to connect and exchange views. Peace is the only solution to our hostility, so we need such forums to initiate dialogue.”

He appreciated Aman ki Asha’s visa relaxation campaign ‘Milne Do’, saying, “Firstly, allow me to congratulate the forum for having coined this name. The name itself makes one emotional.”

“We as the legal fraternity, should also take the task upon ourselves to help concrete, constructive forums like Aman ki Asha to move ahead and encourage them to keep cementing the relationship between our two countries.”

Ruchhita Kazaria is a former journalist with Education Times, the Times of India and The Asian Age. Email: [email protected]​

“Conversations and friendships will change mindsets” The Pakistan enigma