Hope for a better tomorrow 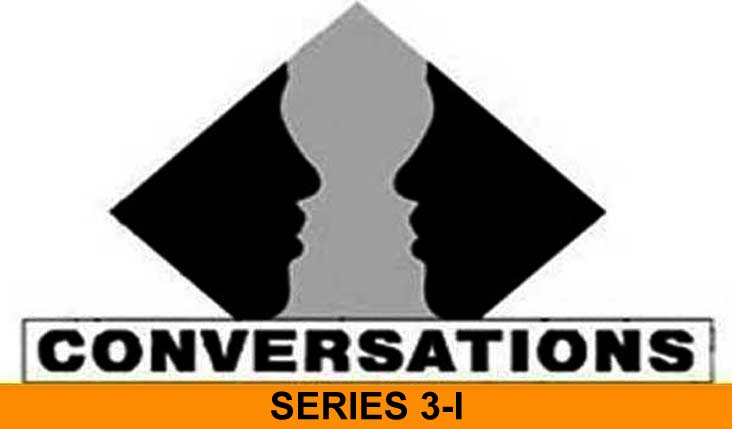 It is commonly acknowledged that history is often a lie. But what everyone agrees on is that Pakistan is stereotyped in India, and India is stereotyped in Pakistan. Here we start a series of Conversations that is neither about the history that Indians and Pakistanis were taught nor about how the media of both countries portrays the other. Two young people, living in India and in Pakistan, talk about how they perceive each other and who they are and who they are not. It started some months ago when, filled with these questions, Gauav Chauhan in India met Mehlum Sadriwala, a Pakistani portrait photographer who virtually introduced him to Ramsha Jahangir, an aspiring journalist in Pakistan. Here is the first in the series of their virtual coffee table exchange.

Gaurav Chavan: They say love grows with time, but with India and Pakistan the hatred seems to have expanded. It is funny to think how easily India reconciled with a country that assaulted, molested, robbed and ruled her for more than a hundred and fifty years, how comfortably we today shake hands with Britain but barely even acknowledge the nation that was born from us, Pakistan.

How does it feel talking about all this to someone across the border? Did you ever anticipate anything like this? Or if simply, if I may ask, why are you even doing this piece with me?

Ramsha Jahangir:  Pakistan is currently undergoing an identity crisis. A nation that came into being sixty years ago, following the bloodiest partition in global history, struggles to establish its reputation when it comes to development and peace. Is this nation actually deteriorating, or is it a perception converted into reality? As a common citizen of Pakistan, I believe it is my responsibility to attempt to restore national image and revamp international relations to portray the true colors of my country beyond black and white.

India and Pakistan share a deep-rooted mutual history, so it is critical for them to revise and improve diplomatic relations. Change begins at home, and that is what drives me to contribute my words towards bringing about a perceptual transformation between Indians and Pakistanis. When we see the larger perspective, we realise that we belong to the same family. I don’t expect this initiative (of ours) to trigger a revolution, but I do hope it contributes to commoners and thinkers of each nation reconsidering thinking whether the hatred we hold against each other is justified or forced upon us.

There is a lot that the common people need to realise, reckon and revamp. Before we point fingers at others, it is our own perception of the world we need to work on. However, when I come across the great potential and nationalistic efforts of our youth, I get this gut feeling that the future might be different. That is what brings me here; the hope for a better tomorrow. Is this for India, is this for Pakistan? No. It is for reviving our faith in humanity. What do you think? Is there acceptance in India? India has many Muslims in its various provinces. What difference have your people witnessed after partition? Are Muslims still struggling?

Gaurav: It is wrong if I say India is a secular nation, given it has so many religions within. But India is more syncretic in its working. To part with anything has never felt good to anybody. Here, India had to part with itself in the making of Pakistan. If I could have spoken to my great grandfathers, I think I would have got the real taste of the separation. But more than sixty years later, it isn’t very feasible to provide an anecdote of the feeling of before and after partition. Come to think of it, I only see it as a breakup between a family, one huge family, and for a magnitude of this, they called it partition. We are neighbours living next door, we sing the same songs, we speak the same language, we also grieve the same pain; except we don’t talk to each other.

The partition seems like a black comedy when it comes to the fabric of this nation. This nation, India, together with Hindus and Muslims sang the song Saare Jahan Se Accha Hindustan Hamara, even before the partition. It’s ironic that the man who wrote this song himself, Muhammad Iqbal envisaged Pakistan (he died in 1938). However, we still have as large a Muslim population, or bigger, as before and in this context never heard of any struggle. India has always been accepting of different cultures. We have Muslims during Eid and Hindus during Diwali, and we celebrate being Indians otherwise.

Gaurav Chavan resides in Mumbai. A copywriter by profession, he prefers being a thinker. Ramsha Jahangir lives in Karachi and is a Social Science student. A thinker at will, a writer by choice

"My only durable identity is my humanity" Aman Ki Asha - Anthem