If cricket be the food of better ties, play on 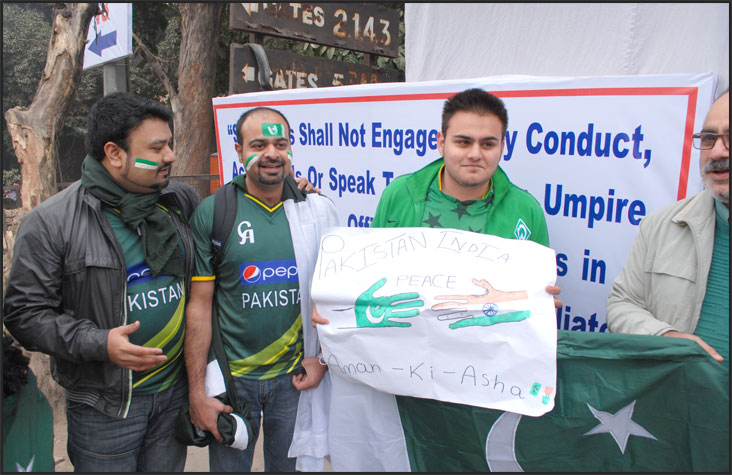 “Aman ki Asha, pyar ki bhasha!” shouts ‘Chacha Cricket’ in a new documentary on Indo-Pak cricket premiering on May 12 that examines the India-Pakistan relationship through the people’s shared passion for cricket

A documentary film on the greatest sports rivalry – cricket between India and Pakistan – premieres on May 12, 2015 in the USA as the pilot of Away Games, a new television series that that uses sport in an innovative way to engage with other issues.

The thirty-minute documentary titled “The Greatest Rivalry in all of Sport” examines the tension-filled India-Pakistan relationship from Partition to war to diplomacy through the people’s shared passion for cricket.

By focusing on sport as a lingua franca, Ken Shulman, Away Games executive producer and a well known sports journalist, hopes that the series will be “an intelligent and enlightening way of inviting a new demographic to participate in discussions around human rights, social justice, women’s rights, and conflict resolution”.

Away Games flier for May 12 show

Away Games also develops curricula and learning units for high school and college students, “using sport to generate interest in civics, history, and world affairs,” says Shulman, a long-time member of the lively Aman ki Asha Facebook group and supporter of dialogue and peace between India and Pakistan.

In fact, being part of the AKA Facebook group, he says, helped him enormously with the film. “I found my entire crew in Delhi through Aman Ki Asha,” says Shulman, who shot the bulk of the documentary in Delhi in 2013 during Pakistan’s last tour of India.

“I also found many of the people we feature in the film. Our association with Aman ki Asha lent credibility to our project, and inspired the people we met to bowl that extra over for us. We are extremely grateful.”

Briefs: Commemorating Manto in Kolkata Salute to Sabeen from Delhi: love and hope