Imran Khan writes to Modi for resumption of dialogue: report 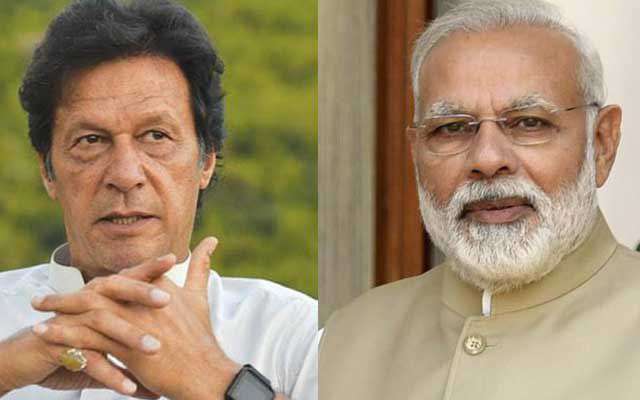 According to report, Prime Minister Imran Khan has also sought a meeting between Pak-Indian foreign ministers, Sushma Swaraj and Shah Mehmood Qureshi respectively, on the sidelines of UNGA in New York later this month.

Imran Khan’s letter is being considered as appositive gesture to resume talks between the two neighboring countries for restoring peace in the region, as  he was reported to have  called for resumption of the comprehensive bilateral dialogue process which was launched in December 2015 but  couldn’t take off.

It is  the first formal proposal by either side for a substantive engagement between two countries since government formation in Pakistan last month, which is in response to Modi’s own communication to him seeking a “meaningful and constructive” engagement between the two nations.

The move would usher a new era of relations between Pakistan and India and would help to resolve differences through dialogue.

Earlier,  in another positive gesture, Pakistan   made  announcement that it will allow Indian Sikh pilgrims to visit Kartarpur Sahib Gurudwara.

Meanwhile, diplomatic sources in Islamabad told Geo News that   the  Pakistani leader wrote   to his Indian counterpart in response to Modi’s   letter .

Narednra Modi had written the letter to Imran Khan to congratulate him on his victory  in the election.

Pakistan, India Foreign Ministers to meet next week Delhi Statement and resolutions from the Pakistan-India Roundtable on prisoners’ issue