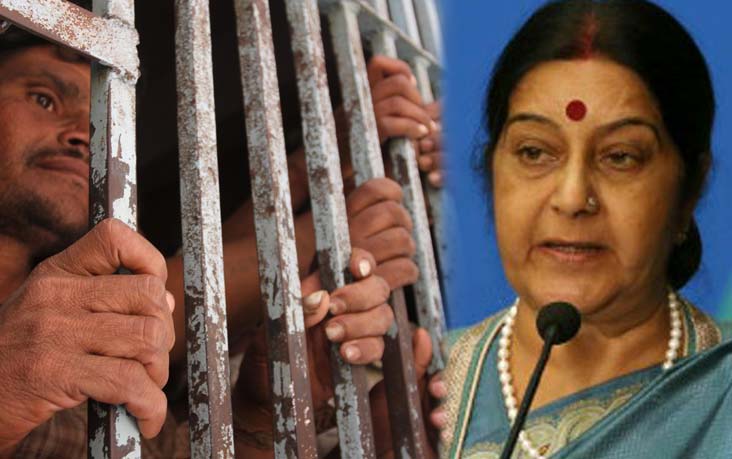 Pakistan-India Peoples’ Forum for Peace and Democracy (PIPFPD), the largest and oldest people-to-people group, has urged Ms. Sushma Swaraj, Indian External Affairs Minister, to take measures for the release of all Pakistani fishermen and their boats from the Indian custody.

In a letter sent to the Minister today, PIPFPD points out that India needs to reciprocate Pakistan’s recent gesture of releasing 87 Indian prisoners including 86 fishermen on last Sunday. Pakistan will also be releasing more 86 Indian fishermen on 21 March, as well as 22 boats soon.

PIPFPD and other groups, including the peace initiative Aman ki Asha, has long been demanding that both India and Pakistan follow No Arrest Policy in case of fishermen. If implemented, it will save hardships of fishing communities living in India and Pakistan.

In the letter PIPFPD requests Sushma Swaraj to “hold deliberations with the fishing communities and all the stakeholders on the draft memorandum sent by Pakistan on early release of fishermen and their boats”.

India has yet to respond to the memorandum.

The memorandum  is the outcome of the meeting between Indian Prime Minister Narendra Modi and his Pakistani counterpart Nawaz Sharif in Ufa, Russia, on the sidelines of Shanghai Cooperation Organization (SCO) on 10th July 2015.

“We need to evolve a mechanism through which  fishermen can catch fish without any fear”, says Jatin Desai, PIPFPD General Secretary.