India, Pakistan fishermen: caught in a web of hostility 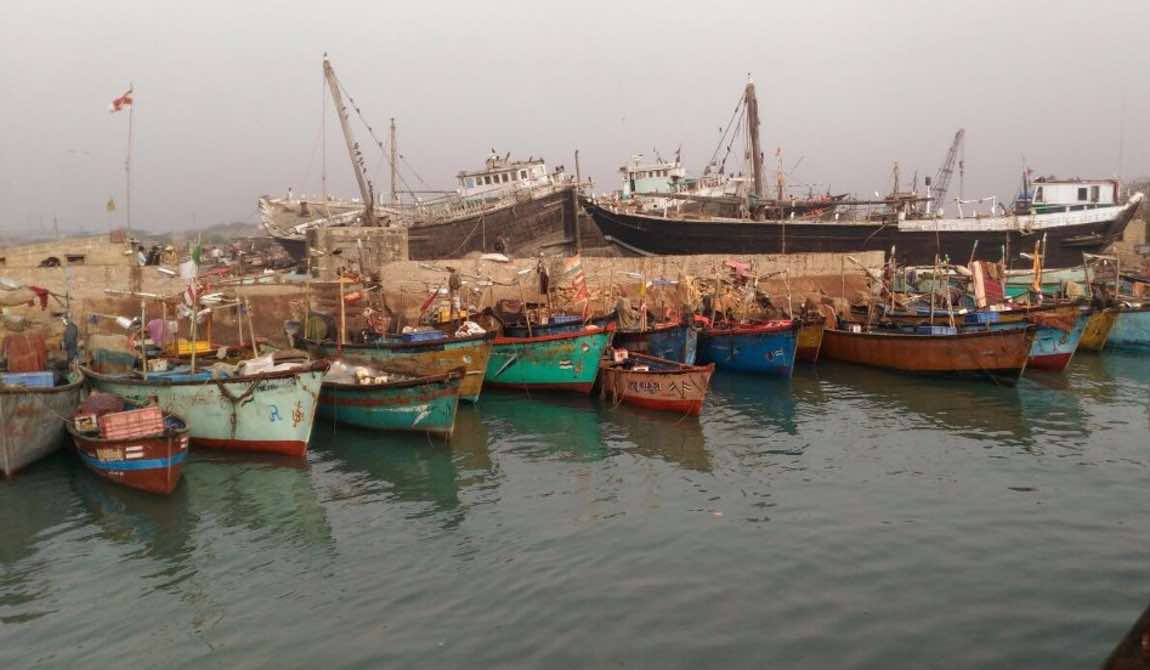 India and Pakistan use their poor fishermen as tools to express hostility and display diplomatic magnanimity. Photo: courtesy Jatin Desai

When 230 Indian fishermen released from Pakistani prisons disembarked in Veraval, Gujarat on 29 December, Dhirubhai Gohil, 28, was waiting with a picture of his elder brother, Kalubhai, 35. As fishermen joyfully embraced their emotional family members, Dhirubhai enviously showed them his brother’s photograph and asked if they had seen him.

“None of them knew,” he said. “I keep wondering about the conditions in which he is living, and worse.”

In 2008, Kalubhai fell off his boat while fishing in the Arabian Sea. Some Pakistani fishermen rescued him when he was swept across the maritime boundary, according to another fisherman who was caught with Kalubhai and released two years ago. The fisherman told Dhirubhai that when the Pakistani fishermen tried to get Kalubhai back to India, the forces patrolling the sea shot Kalubhai in the leg. They arrested him and labeled him a spy. He has since been languishing in a Pakistani jail.

Security forces on both sides closely watch the maritime boundary in the Arabian Sea, which is part of a territorial battle between the neighbouring countries. Pakistan claims all of Sir Creek while India claims half of this 95-kilometre estuary on the border between the countries.

The fate of the fishermen comes up in peace talks, where they are used as a tool to display diplomatic magnanimity. Within a span of 10 days – 25 December to 5 January – Pakistan released 447 of the fishermen they had arrested, while 65 were captured on 28 December. Thus, the cycle of arrests and releases continues.

With a lack of navigation systems on their boats, the fishermen often stray across the maritime boundary. Photo: courtesy Jatin Desai

Most of the fishermen are small-time operators. With lack of adequate navigation systems on their boats, which are not robust enough to sustain the currents or winds in the Arabian Sea, fisherment often unwittingly cross the maritime boundary.

The Indian government gives Rs 4,500 a month to the families of those who are arrested. This is all they have to survive on, along with doing odd jobs.

“These fishing boats cannot be anchored in the sea nor turned back,” said senior journalist Jatin Desai, general secretary for the Indian chapter of the Pakistan-India Peoples’ Forum for Peace and Democracy.

Desai added that the countries should follow a “no-arrest policy” until they permanently solve the dispute, which is “not too complex”.

Dhirubhai said whenever he looks at his nephews – aged 10 and 12 – he wonders if they would ever get to see their father again. “They hardly remember him,” he said. “Even if my brother has gone insane or has become handicapped, I want him to come back, so that they can meet him.”

Although they lived in a joint family in Jamwada village, Somnath district, Dhirubhai spent most of his time in Surat where he works in the diamond market. Since Kalubhai’s disappearance, he has been spending more time with the family, and writing futile letters to the administration and politicians regarding the release of his brother.

“My brother’s family is now my responsibility,” he said. “His wife is not very educated. His daughter is 16 and is still studying. We are struggling to make ends meet.”

Veljibhai Masani, president of the Gujarat Fishermen Association, said that international maritime laws mandate that fishermen be sent back to their home countries without being arrested. “Unfortunately, fishermen suffer because of the fractured relationship between the neighbouring countries,” he said.

While the fishermen encourage their children and relatives to study and pursue other vocations, those already in this profession continue to work due to the financial burdens and lack of other skills.

Vishal Solanki, 25, was one of the fishermen released on 25 December. He reunited with his family after two days just before New Year’s Eve. “It was an emotional moment for the entire family,” he said, referring to his parents and sister. “We could not hold our tears back.”

As the elder brother, Vishal had taken the responsibility of his sister Bhavika’s studies, but was arrested immediately after she completed her graduation. With his arrival, Bhavika, after a two-year break, will have a crack at her post-graduation. It has only been more than a week since he has returned. But it won’t be long before Vishal is back at sea.

Read the complete article headlined Fishermen Near Pakistan, Lanka Shores Caught in a Net of Hostility in the Quint, January 11, 2017. Extracted here with permission from the writer, a special correspondent with LA Times. He tweets @parthpunter.

Indian government grants visa to Pakistani actors India, Pakistan: So near and yet so far - MilneDo