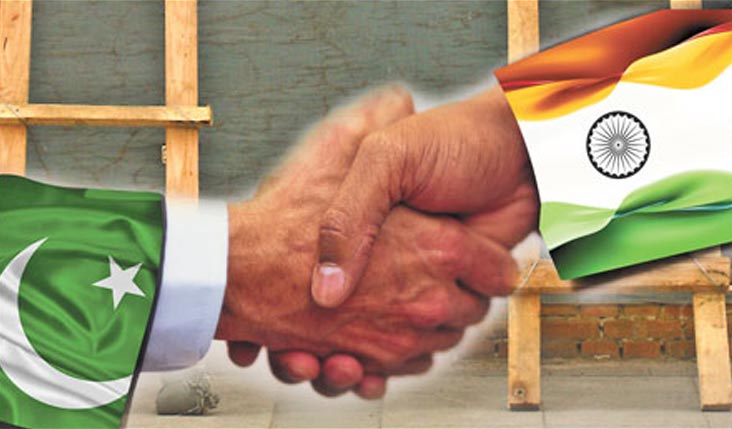 Suddenly, the horizon in the neighbourhood appears to be brightening. For the first time ever, India on Friday decided to allow foreign direct investment (FDI) from Pakistan – a step that signals growing warmth in the relations between the two nuclear-armed neighbours.

Until now, Pakistan was the only country from where FDI was not allowed. The decision to allow FDI may not lead to an immediate rush of investments from Pakistan, but it does show that the two sides are now eager to do business and significantly raise the level of trade and economic engagement between them. “India has taken an in-principle decision as part of trade normalization process to allow foreign direct investment from Pakistan,” commerce, industry and textiles minister Anand Sharma told a news conference here after a meeting with his Pakistani counterpart Makhdoom Amin Fahim. “Procedural requirements are underway and it will be notified soon,” Sharma said.

FIPB has representatives from all ministries, including home, and scrutinizes proposals which are referred to it. “As confidence levels rise, you will see more companies willing to set up ventures in both countries. Initially companies will prefer trading,” said a senior government official, who did not wish to be identified.

Right now, the focus is on trade and sectors like tourism, education, health and hospitality. Opening up trade and investment is likely to cut down the illegal trade between the two sides which is estimated to be worth $10 billion (the official trade is currently only $2.7 billion). This illegal trade, routed mainly via Dubai and Singapore, is now expected to be officially routed.

Government leaders hope that progress in these areas will generate greater confidence in each other which, in turn, will lay the basis for some meaningful political breakthrough in bilateral relations. “Economic cooperation and mutual gain are often the basis for building political trust. If there’s a stake in the ties, no one wants to rupture them,” said a senior official.

Anand Sharma said both sides are keen to open bank branches and discussions are on to thrash out details. “The Reserve Bank of India (RBI) and the State Bank of Pakistan are talking to each other,” he said.

Fahim, who is in India as part of the trade talks between the two countries, said there has been progress for allowing banking services and both sides were engaged in discussions to take it forward. Pakistan has organized a ‘Lifestyle Show’ in New Delhi as part of the ongoing process of enhancing trade ties.

Sharma said the two sides have decided to initiate discussion on cooperation on tourism, hospitality and education. They have also decided to set up the India-Pakistan Business Councilwith co-chairs from both sides. He said the contours of the council would be announced soon. He added that India and Pakistan have agreed in principle to ease visa rules for business travel.

The two sides have agreed on one-year, multiple-entry visas and an agreement is expected soon. Pakistan agreed to normalize trade and moved closer last month to granting most-favoured nation (MFN) status to India by switching to a system of “negative lists” that will restrict the import of around 1,200 items from India, compared to the earlier regime where only 1,900 products were permitted to be shipped across the border.

Sharma said opening up of business between the two neighbours will shut trade through third countries and benefit both countries. “India is a very big market and Pakistan’s economy will benefit. We will increase connectivity for easier commodity trade,” he said.

Experts say huge potential exists for increasing trade from the current level of $2.7 billion and some estimate it can be raised to $10 billion. India and Pakistan also opened the second gate at the Attari-Wagah border which is expected to boost the flow of trade.

Courtesy: The Times of India