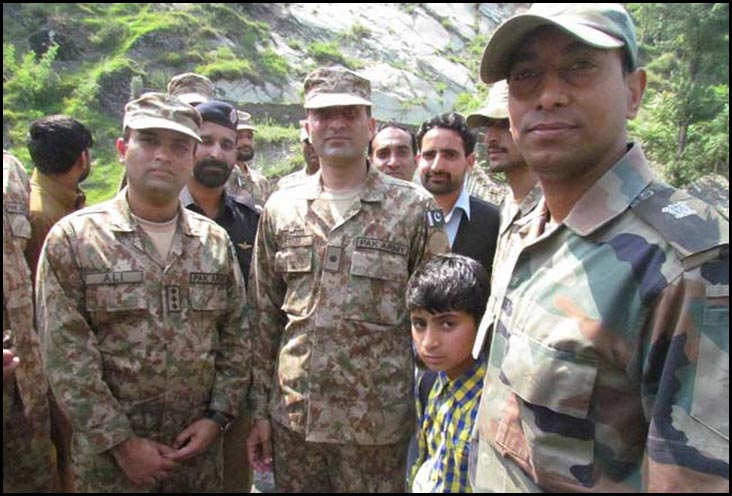 In a widely appreciated humanitarian gesture, the Indian army has returned a boy from Azad Kashmir (Pakistan-administered) who had inadvertently crossed the Line of Control (LoC).

“The boy was handed over by the unit based at Tanghdar frontier area at Teetwal crossing point with new clothes and sweets for the family,” added Lt. Col. Joshi.

He said that soon after the boy was apprehended by the troops, the Indian army sent an urgent hotline message to the Pakistan side, informing them of the safety and well-being of Sameer Kayani along with a request for a flag meeting so that he could be repatriated and re-united with his family at the earliest.

He said the flag meeting was held at Teetwal on Saturday and Sameer Kayani was handed over to Pakistan Army representatives.

The Indian Army’s latest humanitarian gesture follows other such gestures by troops and border security forces on both sides over the last few years. This is a welcome change from the earlier practice of treating inadvertent border crossers as criminals and incarcerating them.

The dragon within “Satyajit Ray is my film institution” — Soumik Sen