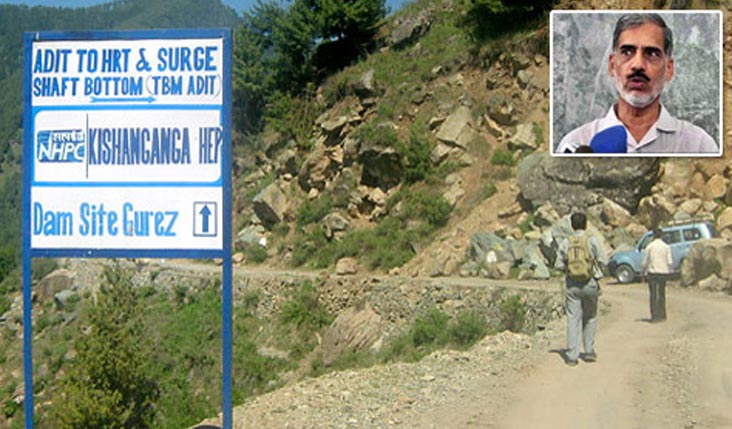 ISLAMABAD: The Indus Waters Treaty 1960 (IWT) that settled the sharing of the Indus waters was signed by Pakistan President Ayub Khan and Indian Prime Minister Jawaharlal Nehru on September 19, 1960, and came into force retrospectively on April Fool’s Day in 1960. On the positive side, both India and Pakistan have continued to follow the IWT even during times of war. This is why the IWT is considered the most successfully water treaty of the world, ensuring conflict resolution despite expressed acrimony.

The decision on Feb. 12, 2007 by the Neutral Expert (NE) appointed by the World Bank, however, created new potential threats to the survival of the IWT. The NE’s decision on Baglihar shot down Pakistan’s critical concerns on India’s construction of gated spillways. Pakistan held these were in violation of the treaty’s specifications. The NE did not agree and allowed India to design projects according to the state-of-art in hydrological engineering.

This decision is likely to influence all future interpretations of the Indus Waters Treaty. The rights and obligations of the parties under the Treaty must now be read in the light of new technical norms and new standards prevalent in the world.

Given how very sensitive the water issue is, and its potential to arouse passions, the implications for the IWT’s future are many. It is noteworthy that this was the first time in nearly 50 years that World Bank was called upon to ensure independent adjudication of a water dispute under the IWT.

India can now go ahead and install the Gated Spillways deemed essential for silt control in all its projects, taking the cue from the NE’s decision to interpret the Treaty reflecting state-of-the-art in engineering future dams on the Western rivers. Pakistan can also demand trans-boundary Environmental Impact Assessments (EIAs) for the Indian projects on the Western Indus System rivers. This takes the contentions to an arena not covered by the IWT that had hardwired design criteria to safeguard the interests of the lower riparian, Pakistan.

It is Pakistan’s right to demand proper trans-boundary studies in the light of the NE’s judgement citing International Commission On Large Dams’ (ICOLD) references, contends Arshad H. Abbasi, Adviser on Water to the Centre for Research and Security Studies (CRSS) and Research Fellow with the Sustainable Development Policy Institute (SDPI), Islamabad.

However, there are many older contentions that continue to contribute to the increasingly frequent conflicts within the matrix of the IWT. The Indus Waters Treaty requires India to provide design information to Pakistan at least six months before starting construction of any large projects. This is to enable Pakistan to satisfy itself that the design of a plant conforms to the provisions of the Treaty.

If Pakistan raises any objection, it has to be resolved in accordance with the provisions of the Treaty, Indian High Commissioner Sarat Sabarwal said in Karachi, addressing a meeting of the Karachi Council on Foreign Relations and Pakistan-India Citizens Friendship Forum.

He also asserted that India has been meeting its obligation to provide the specified information as necessary. Pakistan’s Indus Commissioner Jamat Ali Shah disagrees, alleging that India’s interpretation of the relevant IWT clauses under Annexure D is a serious breach of the IWT.

The provisions of the Treaty imply that any objections must be resolved. If India goes on constructing and we go on objecting without resolution in a time bound manner, then both the letter and spirit of the treaty are negated, he contends, talking to The News. The Permanent Indus Water Commission must have a mandate to decide. It is pointless to have discussions if we are not here to decide.

Experts like India’s former Federal Secretary for Water and Power Ramaswamy R. Iyer differ, arguing that this would be tantamount to giving Pakistan a veto over all India’s projects. Pakistan would of course be happy if there were no Indian projects at all on the western rivers; but that is not what the Treaty says, commented Iyer in a recent OpEd in The Hindu.

The media on both sides highlighted the most recent case articulating this contention, during the last meeting of the Permanent Indus Commission (PIC) in Lahore last month wherein the Nimo-Bazgo and Chutak Hydroelectric projects were at issue. Construction on the two projects began in 2005, and both are due to join the Indian electricity grid early next year.

The Indian Indus Water Commissioner Mr. G. Aranga Nathan has handed over to his Pakistani counterpart revised design documents for the Nimo-Bazgo project. For all intents and purposes, the two projects are a done deal for India, about which Pakistan cannot do anything at this point.

Baglihar also continues to haunt the IWT despite having been arbitrated by the NE to the satisfaction of both parties. The Indus River System Authority (IRSA), Pakistan’s water distribution body, claimed to have received only 19,351 cusecs on Oct 9, 2009 and 10,739 cusecs on Oct 11, 2009 from the Chenab River. Under the IWT, India must ensure a minimum discharge of 55,000 cusecs.

High Commissioner Sabarwal explained to his Karachi audience that the shortage was due to reduction of inflows upstream However, Jamat Ali Shah says that the contention was not based just on whether or not there were reduced inflows in the system but on the Indian refusal to accept Pakistani data. If they do not accept our data and continue to cast aspersions, what options are we left with in Pakistan? he asks. We have to seek third party monitoring and insist on using telemetric devices. Water contentions between India and Pakistan take a new dimension with the introduction of a third part to mediate differences under the IWT.

Water, War and Peace (Part-IV) War or peace on the Indus?