Javed Bashir: My family would always recount their happy memories of India 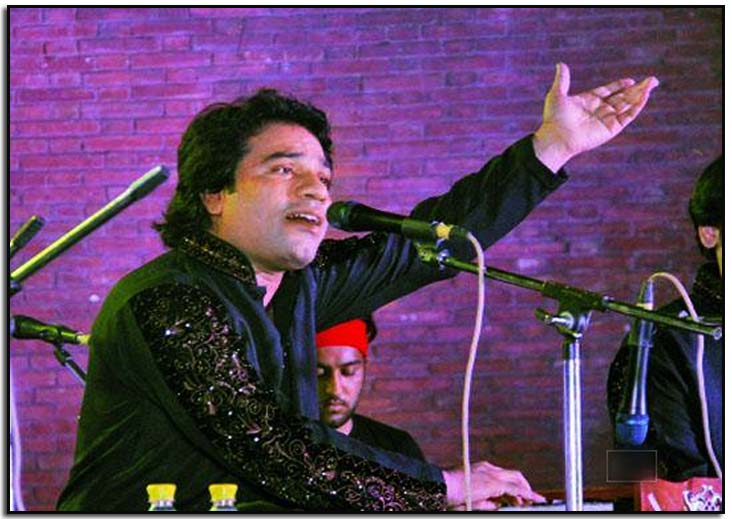 At a time when concerts of Ghulam Ali are being cancelled or facing disruption threats, and a recent play in Gurgaon by a theatre troupe from Pakistan was disrupted, Pakistani singer Javed Bashir has one message to give – do not link music with politics.

READ: Javed Bashir: Music and politics should not be mixed

The voice behind songs like ‘Ye tune kya kiya’ from Once Upon A Time In Mumbai Dobaara and ‘Mera yaar’ from Bhaag Milkha Bhaag performed in Delhi recently. Bashir’s roots lie in India, and he tells us how, despite the unpleasantness and horrors during Partition, his parents always recount happy memories of India.

Long before Javed came to India for work, he had been hearing tales about India. After all, his parents and grandparents were all born here. He says, “My nana and dada are from Jalandhar. My parents were also born there. We moved to Pakistan after Partition. I have visited our native place twice. I consider myself fortunate that I get to work and perform in the country where my parents and grandparents were born. I grew up hearing tales of Jalandhar. They would make me curious about India. Though there have been several mishaps during the Partition and we lost some of our family members, my family would always recount their happy memories of India. Also, we mostly talk about music at home, where I grew up pursuing classical and Sufi music. I have grown up treating both countries as one nation and consider the border as something that has caused pain to the citizens of both nations. I think politics should be used for one cause, and that is, the welfare of people.”

Listen to songs of Javed Bashir on Gaana.com

Ask him about his take on the cancellation of the Ghulam Ali’s concert in Mumbai, and he says, “I sing the teachings of Baba Bulleh Shah, Baba Farid, Guru Nanak Dev, Bhagat Kabir and many others. These people laid down their lives trying to spread the message that mazhab se pehle insaniyat hai. No religion teaches us hatred. Only innocents die in riots. I can only hope and pray for cordial relationships between the two countries and that we are able to leave a better example for our coming generations.”

We wondered if Javed finds Delhi a safer place to perform in than Mumbai, and he says, “People both in Mumbai and Delhi love me a lot. I performed in Mumbai in June this year and then on Eid as well, and both the shows went well. When some incidents happen, ek pal ke liye banda shayad soch sakta hai ki kaunsa shehar better hai, par, you can’t base your opinion about a city on those incidents. If you ever come to Pakistan, you will realize that Delhi is just like Lahore and Mumbai is like Karachi. Aap ko lagega hi nahi ki aap ghar se door hain.” Talking about Delhi, the singer says, “I love the Delhi food, especially the biryani that you get at the restaurants near Jama Masjid. I also love Delhi because it is the place of Khwaja Nizamuddin Auliya, Amir Khusro and Mirza Ghalib.”

We used to see india through Doordarshan

Javed grew up listening to Bollywood music. He says he is a big fan of Bade Ghulam Ali Khan, Ustad Amir Khan, Lata Mangeshkar, Asha Bhosle, Jagjit Singh, Hariharan, Roop Kumar Rathod and Sonu Nigam. “Jab bhi koi achcha gaana aata hai toh sirf main nahi, Pakistan mein har koi use sunta hai. As a kid, I used to watch Doordarshan. I remember how everybody would gather around one TV. Especially those who had migrated, watched India through television and remembered their time here.” he says.

Javed made his Bollywood debut with the film Kahaani. “People knew I sang classical and Sufi songs well. So, Vishal-Shekhar got in touch with me. The song that they gave me was ‘Piya tu kaahe rootha re’. It was a difficult song as it was based on taunts. I like to grab opportunities and so, I took the offer. Now, I am thankful to Bollywood music directors who keep offering me songs. Next, you will hear my song from Bajirao Mastani.” He doesn’t forget to mention that he sang ‘Aao mohabbat ke gun gaaye’, a song created in collaboration with Shankar Mahadevan as an ode to the love and affection shared by the two nations.

With the backlash Pakistani artistes have been facing in India recently, has that affected the reception of Indian artistes in that country? Javed explains, “People in Pakistan love everyone – from Lataji to Shreya Ghosal. Mika, who is like my brother, has been to Pakistan four-five times for concerts. I took home-cooked food for him, which he had around 2 am after his recent show in Pakistan. In the last decade, there have been many terrorist attacks in Pakistan and Indian artistes have not been invited strictly for security reasons, not because of some bias against them.”

Abhijeet shouldn’t talk against other artistes

Not only did singer Abhijeet Bhattacharya support the cancellation of Ghulam Ali’s concert, he went on to call him ‘a dengue artiste’. When we mention this to Javed, he says that he appreciates Abhijeet’s frankness, but has a message for him. “I want to tell Abhijeet that he is a good artiste, but he needs to understand that an artiste should not speak against another artiste. Unka sirf sur ka rishta hota hai aapas mein,” he says.