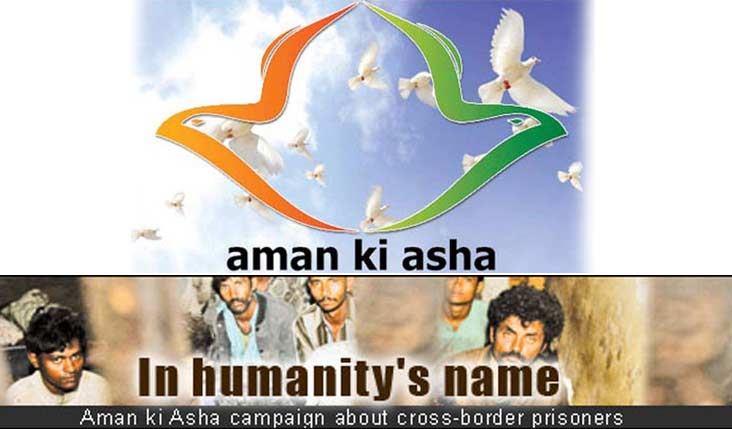 Karachi: Fisherfolk activists from both India and Pakistan along with members of India-Pakistan Joint Judicial Committee on Prisoners and members of various civil society organizations met in New Delhi, India, on April 19, and discussed the issue of arrested fishermen in detail. In a letter, they have urged the prime ministers of both Pakistan and India to resolve the issue of arresting fishermen from the sea. The six organisations have decided to work together towards getting innocent and poor fishermen released from India and Pakistan.

The letter quoted that in a case of 17 Pakistani prisoners, who had completed their sentence, the Indian Supreme Court bench of Justices Markandey Katju and R. M. Lodha in a recent judgment observed: “How can the government keep them in detention in violation of the fundamental rights of a person for years together without resorting to the procedure of law? The right to life and liberty was not dependent on another country’s action”.

It suggested that clear and unambiguous orders to the concerned departments of the two countries may also be issued to ensure compliance with the unanimous recommendations of the official India-Pakistan Judicial Committee on Prisoners.

It said that the recommendations of the India-Pakistan Joint Judicial Committee for releasing all the under-custody Indian and Pakistani fishermen should be implemented immediately and the next meeting of the official committee should be held as soon as possible. The meeting observed that this official committee is inactive since August 2008 and called for activating this committee so that the committee comprising eight retired high court and supreme court judges (four from each country) could restart its working and make regular visits to the jails of the two countries and help in the early release of prisoners. The committee was set up on January 2007 by the foreign ministers of both the countries to recommend steps for humane treatment and expeditious release of their nationals from the respective prisons.

According to the letter, 444 Indian trawlers seized by the Pakistani authorities are lying in and around Karachi. A delegation of Boat Owners of Gujarat visited Pakistan in 2008 and found many trawlers in good condition, and which can be used. Each trawler costs around 2 to 2.5 million rupees. These trawlers, too, should be released immediately.

The participants expressed the hope that two prime ministers and their governments would give utmost attention to the issue and do justice to the hundreds of thousands of fishermen of the Sub-continent.

During the roundtable meeting held in New Delhi on the specific issue of “Fishing and fisherfolk on the India-Pakistan nautical border”, Justice (retd) Nasir Aslam Zahid from Pakistan gave details about the 580 Indian fishermen who are languishing in the Pakistani prisons, among whom around 460 fishermen have completed their sentences.

It was also suggested that as a solution the 25 nautical miles of the area should be designated as a free zone, to be used by the fisherfolk of either country.

The meeting also recommended for resuming the composite dialogue to resolve the Sir Creek issue. It was decided that regular exchange of fisherfolk community was essential in order to strengthen this movement. The participants said that the issue needs to be strongly taken up at the government, media, common people and civil society level on both the sides.