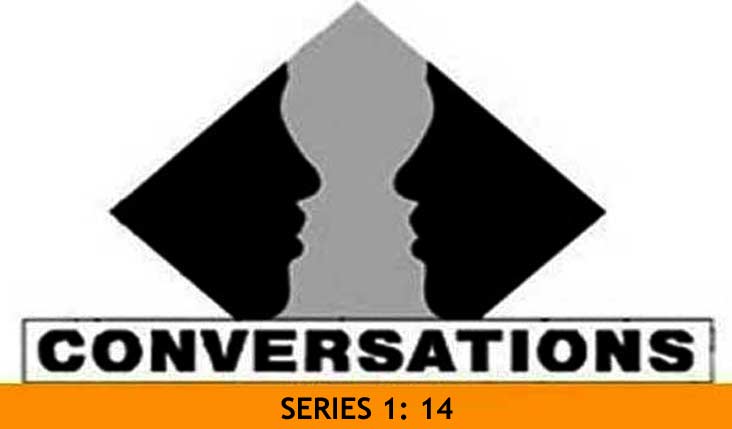 I’ll have to think about “militant” for “terrorist”, partly because then that might let off the hook homegrown Indians responsible for terrorism. And I will likely have to disagree about India’s interference in 1971 being nothing but a hostile act. I mean, it was hostile, necessarily so. But I believe it had to happen. I think peoples have aspirations, naturally so, and (West) Pakistan was actively and brutally suppressing the East’s aspirations in 1971. There was a moral obligation to step in to stop the slaughter, just as there was a moral obligation to stop the slaughter in Rwanda in 1994 — it’s another matter that nobody stepped up to fulfill that particular obligation.

Still, I will make sure to read Ishrat Firdousi’s book.

I did read Mubashir Hasan’s oped, especially the last paragraph listing what he believed J&K leaders would agree to. A startling list, as you say. Yet an optimistic one that gives me hope because someone as thoughtful as Dr Hasan writes of it. What prevents our two governments from, as he suggests, “jointly approaching the leaders of J&K to resolve the issue”? The benefits, if he is right, seem clear and impossible to argue over.

Yes, it’s necessary to find ways to move forward. I’ve had plenty of comments and discussion about our conversation on my blog, and the most recent one says just that too.

I think your mention of something like Firdousi’s book for India and Pakistan is worth pursuing, as a start. Take one of our wars and put together narratives about it from both sides. I mean, there are some episodes that have contentious histories when seen by different people on the Indian side alone — Kargil and the Laungewala battle are examples — so what would it be like to juxtapose Pakistani narratives with India ones?

So what about it? As one takeaway from these weeks of conversation, shall we attempt this project? Narratives about 1971, let’s say. I think two others came up as well: a joint war memorial and a joint pitch to keep Kasab alive.

Let me know which one you think we should take up. In the long run, of course, all three. But if I had to choose, I might start with the war narratives, a joint history of 1971. The reason: We’d have to locate soldiers and officers who fought then, and as you can imagine there’s an urgency about doing that.

My turn to head for the hills — a few days respite from the Karachi heat and humidity. How nice it would be if we could visit the Indian hill stations, and you could visit our’s — not possible unless our countries agree to tourist visas for us.

Given Dr Mubashir Hasan’s comments about what Kashmiri leaders are likely to agree to, and ex-foreign minister Khursheed Kasuri’s revelations that an agreement on Kashmir was reached but not signed, you’d think there’d be more forward movement on Kashmir. Vested interests on both sides actively work to prevent this.

I was on (internet) chat with a respected journalist in Srinagar recently. He’s not optimistic. The feeling in Kashmir, he said, was that India is prevaricating, using ‘dialogue’ to retain the status quo (incidentally, in this age of internet, what is New Delhi’s justification for not allowing cell phone calls from Indian-administered Kashmir to Pakistan?)

Do you, like most Indians, think that if the Kashmiris just stopped agitating, all will be well — a question raised by Yasmin Qureshi in ‘Democracy under the barrel of a gun: the Fate of Kashmir’ (Counterpunch, June 9 2010, http://bit.ly/aasNXJ). She describes confronting her own discomfort with the Kashmir issue after visiting Palestine in 2007: why did she feel comfortable expressing solidarity with the Palestinians but, as an Indian Muslim, feel ‘unsure about Kashmir’?

She realised during her first visit to Kashmir last year that Kashmiris don’t see themselves as Indians. A former militant who has given up arms and works on documenting the missing (over 10,000) and torture cases told her, “We don’t need an armed struggle anymore. The civil society has taken on the resistance through non-violent actions like strikes and protests. The last twenty years of oppression, torture and humiliation has given rise to a more mature, sustained and united resistance movement.” Thousands now show up for peaceful protests when there are reported rapes or disappearances. They see the Indian presence in the state as occupation, with 700,000 soldiers posted there (about a third of the combined 250,000 in Iraq and Afghanistan), she writes.

Kashmir, she concludes, “is not the only place where India is exercising its might. As the war against the poor tribals in eastern and central India escalates, the question is how long India, proud to call itself the world’s largest democracy, will continue oppressing its own people?”

It was interesting how her perceptions changed, from discomfort with Kashmir to an understanding of the issue in a wider political context. She says no Indian paper will publish her article, not even Tehelka.

The issue of oppressing our own people can be, and is, raised in Pakistan too. We got rid of the British but continue to use their methods and laws to oppress our own people — in former East Pakistan, in Balochistan, and elsewhere. M. Ilyas Khan reported recently about two disappearances in Azad Jammu & Kashmir, two men whisked away by Pakistan’s intelligence agencies (BBC website, http://bit.ly/dx4h75) It is hazardous for local journalists to investigate such incidents, and few local newspapers or channels will take a stand on such incidents.

I won’t even quibble with you on India’s motives for stepping in during the war in East Pakistan. It is well accepted in Pakistan that the army’s actions were brutal — but whenever that comes up, so do the Mukti Bahini’s massacres of civilians. The war narrative idea would make it clear, like Firdausi’s book did, that both sides stooped to inhuman behaviour. Nothing’s as black and white as it’s made out to be.

By the way, calling terrorists militants doesn’t have to mean letting them ‘get away with it’ especially if their criminal actions — violence, murder of innocent civilians, destruction of public and private property — are stripped of political or religious ideologies and treated as crimes.

Well, this is already longer than I’d intended. More next time.
Beena

Six decades after separation It's all about the Asha