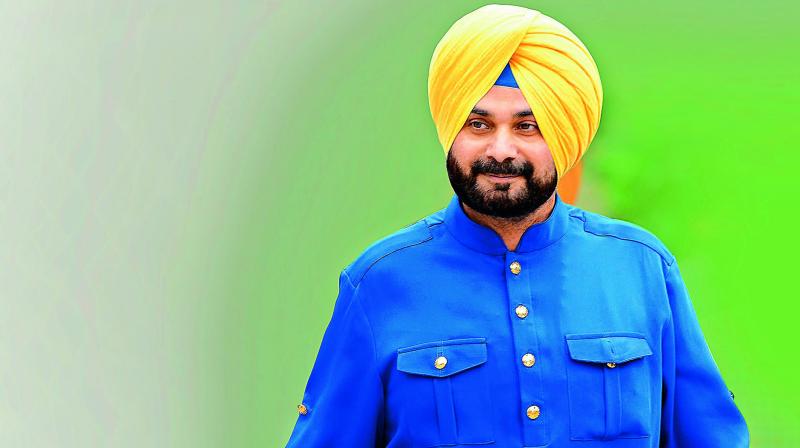 With the Pakistani visa, Sidhu can cross over at Wagah, but as an elected representative of an Indian state legislature, he needs political clearance from India’s Ministry of External Affairs (MEA) to attend any ceremony hosted by the Pakistani government.

On Wednesday Navjot Sidhu had written a second letter to MEA for permission to visit Pakistan for the ceremony. In his letter, Navjot Sidhu wrote, “I humbly submit for the permission o crossover from the corridor on November 9 to be in time for the inauguration.”

He wrote that he had already submitted a copy of Pakistan’s invitation to the ministry and hence his program is “crystal clear”.

Navjot Singh Sidhu added that he would like to reach Pakistan early morning on November 9, visit Gurdwara Darbar Sahib and then attend the corridor opening ceremony and return the same day.

He said that alternatively, he would reach Kartapur via the Wagah border on November 8 and come back the next day through the Kartarpur Corridor as he did not have a visa for Pakistan at the time.

Navjot also wrote a letter to Punjab Chief Minister Amarinder Singh in this regard.

In his first letter to MEA S. Jaishankar, Sidhu said that he had been invited by the Pakistan government for the Kartarpur Sahib corridor opening ceremony on November 9.

“As a humble Sikh, it shall be a great honor to pay obeisance to our great Guru Baba Nanak on this historic occasion and connect to our roots,” wrote Sidhu, who is a legislator from Amritsar East.

“Therefore, I may be permitted to visit Pakistan for this auspicious occasion,” the former minister said in the letter.

Pakistan is building the corridor from the Indian border to the Gurdwara Darbar Sahib in Kartarpur, while the other part from Dera Baba Nanak in Gurdaspur up to the border is being built by India.

The Kartarpur corridor will facilitate the visa-free movement of Indian pilgrims who will have to just obtain a permit to visit Kartarpur Sahib, located in Pakistan’s Narowal district across the Ravi river.