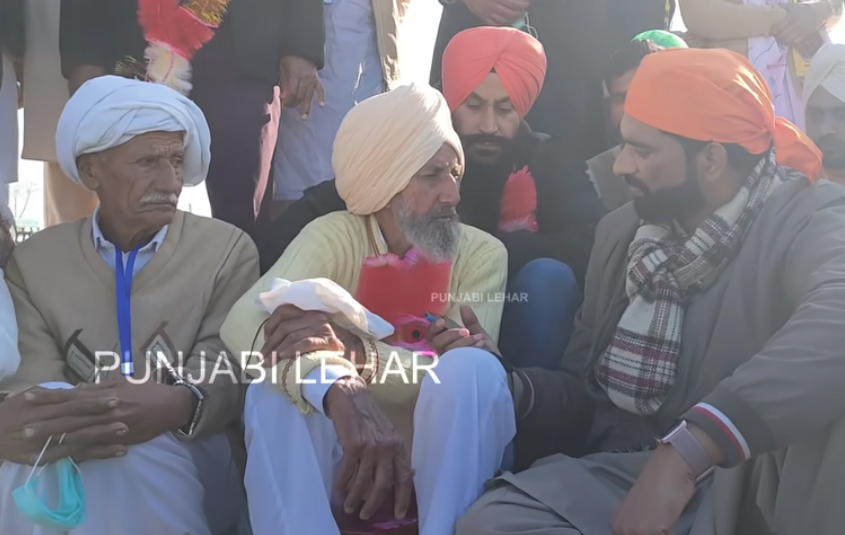 The past few months have seen several instances of tearful reunions with members of divided families from either side of the Punjab in Pakistan and India meeting, after years of enforced separation.

These reunions involve families not only across Punjab, but also Kashmir, Rajasthan-Sindh, as well as UP/Bihar/Madhya Pradesh and other Indian states.

With the mainstream media usually too caught up in political happenings, it is often social media users who highlight such meetings, pushing big media houses to take note.

A YouTube initiative launched in 2013 known as Punjabi Lehar has done a stellar job in collecting stories of Partition survivors.  Co-founded by two Pakistanis, Nasir Dhillon of Faisalabad (formerly Lyallpur) and Bhupinder Singh of Nankana Sahib, the channel has also helped re-unite members of hundreds of families and old friends separated by Partition.

The visa-free Kartarpur Corridor which re-opened in November 2021 after being closed for over a year and a half has helped catalyse several recent meetings.

In January, this avenue enabled the reunion of two brothers separated for 74 years. The story of Sika Khan in Bathinda district in Punjab, India, and his older brother Mohammad Siddique in Dhillon’s hometown Faisalabad, has received a lot of media attention since their historic meeting, 10 January 2022. Videos of the reunion went viral on social media, evoking emotional responses around the globe.

The Pakistan High Commission in New Delhi issued Sika Khan a visa the same month. However, he was only able to cross over in March 2022, due to special permissions required because of the Covid-19 pandemic.

In another instance of close family members re-uniting, cousins from either side of the divide met at the Nankana Sahib gurdwara

for the first time since 1947 — Baldev Singh, 75 of Rattoke village, district Sangrur, Punjab, India and his cousin Sajda Begum, around 80, from Faizabad, Punjab, Pakistan. Baldev Singh has no memories, since he was only a few months at the time of partition, but Sajda has faint memories of playing with him.

No matter how strained relations between both countries get, they must retain a humanitarian point of view which entails allowing a separate category of visas for individuals over a certain age who want to re-unite their families.

Before he crossed over to Pakistan in March 2022, Sika Khan, talking to reporters in Punjabi, said that he was glad to be finally going to Pakistan to be with his separated family. He noted that he had to wait for a long time even after getting the visa and expressed his pain “for those who even fail to get visas to meet their loved ones”.

He urged the governments to adopt “a flexible approach” in providing visas and allowing separated families to meet frequently.

In 2012, India and Pakistan signed an agreement allowing visa-on-arrival for senior citizens with roots in both countries. However, this has not been implemented due to bilateral tensions.

The Kartarpur Corridor was built to enable devotees from Punjab, India, to pay obeisance at Darbar Sahib, the resting place of the founder of the Sikh faith Guru Nanak Dev. On another level, it has helped reunite families, friends and even peace activists.

Since the re-opening, at least two groups of Rotarians from India and Pakistan aiming to build peace have had meetings at Kartarpur, enabled by the visa-free corridor.

When strategic analysts dismiss the utility of people-to-people contacts, they forget the role of such linkages in blunting the narrative of countering misconceptions and hate.

Today, in the 75th year of Independence, both countries must honour their 2012 agreement and allow at least the elderly to meet relatives across the divide. They must do this before it’s too late.

Tridivesh Singh Maini is a policy professional and Visiting Faculty at the OP Jindal Global University, Sonipat (India). He is the author of South Asian Cooperation and the Role of the Punjabs (Siddharth Publications, 2007). Twitter @tridiveshsingh. This is a Sapan News syndicated feature @southasiapeace.

‘I am finally going home’: Pune granny to revisit childhood home in ‘Pindi after 75 yrs Ahead of May Day, a call for worker unity, solidarity and a visa-free Southasia