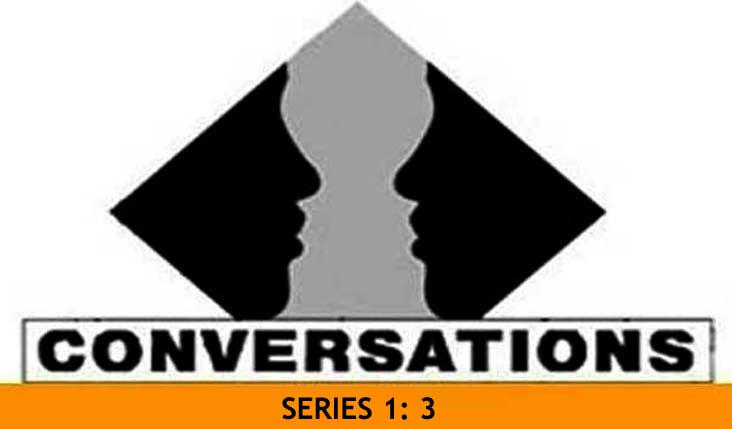 Since we’ve started on this path of exploring the anti-the-other-country feelings, let’s take it a little further and see where it goes.

First, you draw a distinction between the (sometimes) elected Pakistani governments and what you call the “establishment” – the army/bureaucracy nexus, if you will. Nawaz Sharif was, you tell us, pro-India, but this establishment undermined his government’s efforts in that direction.

One trouble with this is that in India we do have a hard time drawing this distinction, and especially in remembering it at stressful times. Perhaps again because we’ve sunk some democratic roots, we tend to think that governments should be accountable. The idea that something like Kargil could have happened entirely as a venture of a military man, without the head of state knowing about it, seems crazy to us. For that reason, we tend to hold all of Pakistan responsible.

For that reason too, I want to ask you: did you (as an ordinary Pakistani) see Vajpayee’s bus yatra and what you call the “peace process” of that time as a substantial step towards peace? Or were you as sceptical of it as many Indians are of Nawaz Sharif’s “pro-India”feelings? In other words, what Indian step, from our “establishment”, would you consider as a substantial step towards peace between us?

Second, while I’d like to believe with you that a majority of folks on both sides want peace, I’m not so sanguine about it in India. I’ve already pointed you to the response to our exchange I’ve had on my blog: among many Indians, there is an almost visceral dislike for anything to do with Pakistan. (Ironically, while they themselves claim Pakistan is “born in, and sustained by, anti-Indian, anti-Hindu and anti-secular hatred”).

So tell us about what Pakistanis you know think: are they indeed “sustained by anti-India hatred”? And if not hatred, are there things about India and Indians that at least annoy you and them, and what are those? We Indians should make an attempt to understand and respond to that.

Our exchange has already filled me with so many questions and thoughts and themes I want to explore, as I’m sure it has for you! That’s both good and bad – good because any reasonable dialogue should address as wide a canvas as possible. Bad because there is so much; do we have the time and space to get to it all? We’ll see.

Your comment about Indians having a hard time drawing the distinction between ‘establishment’ and ‘government’ – the idea that governments should be accountable, that Kargil could not have happened without the head of state knowing about it – and consequently tending to hold all of Pakistan responsible, set off a light bulb over my head.

The insight makes it easier to comprehend the greater hostility that exists in India towards Pakistan compared to the other way around.

Yes, I believe that Vajpayee genuinely wanted peace and so did Nawaz Sharif – not necessarily out of any great love but because they realised that there is no option. Nawaz, a businessman, is also aware of the economic benefits. We would have made progress had Kargil not happened, which itself may not have happened had India not initiated the nuke tests – but there’s no point going on about the past.

I feel bitter that each time either one of our governments takes a step towards peace, those who have vested interests in keeping the tensions high between our countries undermine it through a violent act in my country or your’s. The instigation may come from either side, but local collaborators facilitate these acts – which I regard these as criminal and political rather than purely terrorist (is there a great distinction?).

Regarding the hostile comments to our exchange – firstly, what is the source of these comments? Unless they come from verifiable users who want to engage in constructive dialogue, why dignify them with a response? Remember that the intelligence agencies (at least here for sure) are active in spreading rumours, disinformation, and planting stories. Also, not everyone thinks like us. You’re not going to change their mind, they’re not going to change your’s, so let them rant

Last Sunday we (as in ‘aman ki asha’) held a public event at a shopping mall. Ok, so it was an upmarket mall and but hundreds of people attended and overwhelmingly supported the initiative. There were some nasty remarks and hostile comments — but very few. They’re entitled to their views. As long as they don’t use violence to make me change my mind, fine.

You ask what annoys me about Indians. I hate to generalise, but if I had to pinpoint a trait, I would say it’s the hard-nosed nationalism and sense of superiority of many Indians, the refusal to introspect and see flaws within their own society. Yes, there are such people in Pakistan as well, but because we’ve often had an adversarial relationship with our governments (mostly military dictators) there is less of a tendency to toe the government line

But most Indians I’ve met (from journalists and politicians to shopkeepers, farmers and taxi drivers) see the commonalities and shared problems and want to be friends – even if they don’t agree with the other government’s polices. I think that’s true of most Pakistanis too.

I’ll end on that optimistic note for now. More later