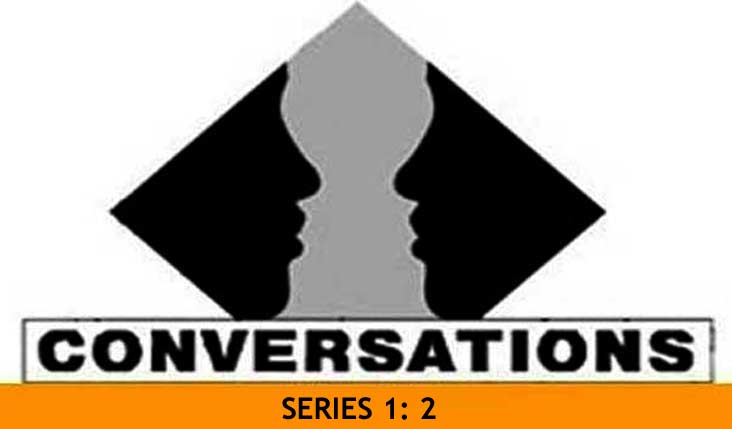 Dilip D’Souza and Beena Sarwar continue their correspondence from last week, attempting to share thoughts honestly, without fear and hostility, exploring what divides our countries, and seeking ways to bridge the divide

That was a good start, thank you. While I know that terrorism continues unabated in Pakistan, I had no idea of the numbers you quoted to me. 8,000 civilians and 3,000 security personnel killed in seven years, is a tragic, horrifying toll. I think more of us in India need to comprehend the magnitude of what’s happening today in Pakistan.

There’s plenty in your letter that I’d like to discuss. But for now, I’d like to focus on one theme you brought up.

You point out that since Pakistan has been “unable to protect its own territory” from these attacks, how can it stop them crossing into India? You also point out that this violence is the legacy of years of “pro-jihadi, anti-India” posturing of Pakistani governments that ordinary Pakistanis did not elect anyway.

Now there are those in India who would say, well, Pakistan is just reaping what was sowed in the years that the country rode that particular tiger (if you’ll excuse the mixed metaphors). Perhaps there’s not much point in going over the past like that – after all, what do we do now? But those same folks might also say this: there were indeed the occasional Pakistani governments that people did elect – Benazir Bhutto and Nawaz Sharif ran a few of those – and yet those elected governments were also distinctly “anti-India”.

Actually, I ask this in the hope that it will be a mirror for Indians. We might have elected (and voted out) our governments, and so maybe democracy has stronger roots here than in Pakistan – yet I don’t think we’ve done well in toning down the anti-Pakistan stances our governments have taken. From Indira Gandhi’s infamous “foreign hand” to nuclear tests to plenty more, our political players have shared one characteristic across the board: the animus towards Pakistan as a distraction from our own failures. Yet my feeling is that this animus has substantial roots too, among ordinary Indians.

In other words, am I right in thinking that the anti-the-other-country feeling is more widespread in both our countries than either of us would like to believe?

If it is, that’s of course the best reason for this exchange we’re attempting. So let’s keep it going.

Thanks for your email. Yes, the casualty figures are quite hair-raising. I remembered reading somewhere that thousands had been killed but didn’t quite believe it, so did a search, found these horrific figures at the South Asia Terrorism Portal website. I assume they’re extracted from media reports. Even if they’re not dead accurate (pardon the pun), they indicate the mess we’re in and the price Pakistanis are paying.

I agree that there’s a need to focus on what do we do now rather than going over the past like that but it is important to understand the past in order to move on to the present and visualise the future.

However, I would disagree that Benazir Bhutto and Nawaz Sharif were ‘distinctly “anti-India”‘. Remember, it was Benazir who came to an agreement with Rajiv Gandhi to end the insurgency in the Indian Punjab. Nawaz Sharif hosted Vajpayee’s famous bus yatra and started a peace process that was sabotaged by the Kargil debacle, which he has always maintained he never knew about until it was too late (it was the brainchild of his army chief Gen. Musharraf). Nawaz Sharif in fact was elected despite, or because of, his pro-India stance in his election campaign the last time round.

Yes, they were elected governments, but they were never fully in control. Perhaps it was because of this lack of control that their policies never reflected a ‘pro-people’ stance. They were not allowed to make or run policy. That remained, and has largely remained in the hands of what we call the ‘establishment’ – that combination of army, agencies and bureaucracy, which continues to tug one way while the government is pulling another.

Regarding your question about the “anti-India” stance among ordinary Pakistanis, see the response to the survey undertaken in Dec 2009, seeking a response to ‘aman ki asha’, which confirms what anecdotal evidence suggested: the majority of respondents (72% Pakistanis and 67% Indians) expressed the desire for peace between the two countries.

There may be hostility towards each other’s governments’ policies – but on a personal level, as people, Indians and Pakistanis on the whole want at least peaceful relations. This is something that we experience first hand when we visit each other’s countries. Yes, there are pockets of hard-liners – almost all situated within the self-styled ‘religious’, ‘nationalist’ groups (on both sides of the border, mind you).

Maybe I’m overly optimistic or idealistic. But I do believe that if the voices for peace are allowed as much public space as the voices for hostility have been allowed, the former will simply overwhelm the latter.

And on that note, for now, I’ll end. Take care

‘Conversations’, conceived by Dilip D’Souza, is based on the premise that, despite setbacks, it is critical to stay on the road to peace. This road, the process and the hard work of peace – rather than easy hatred and vilification – are part of this crucial journey.