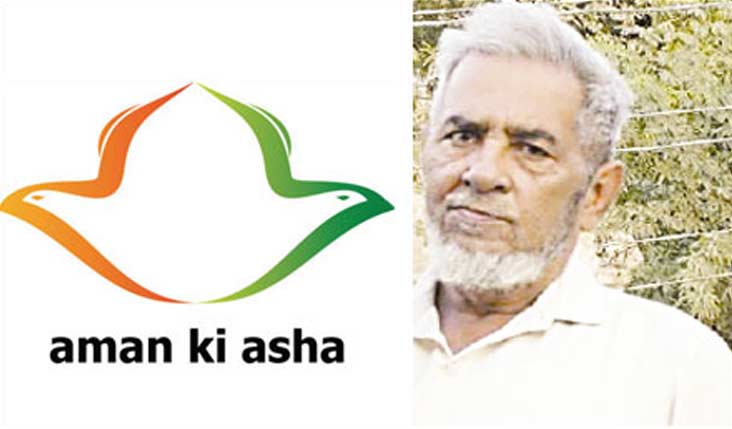 KARACHI: A group of distinguished Indians has written to the Indian president asking for the release of an ailing octogenarian Pakistani prisoner, Dr Khaleel Chishty, who has been languishing in an Indian prison for many years.

On April 4, 2011 Amna Chishty, daughter of retired Pakistani prisoner Dr Khaleel Chishty, currently in Ajmer Prison hospital, appealed to Aman ki Asha to secure her father’s release, inspired by the Indian Supreme Court’s appeal for the release of Indian prisoner Gopal Dass in Pakistan, whom the Pakistan government subsequently released. Since then, events have moved fast in India, with various high-powered individuals working behind the scenes to help Dr Chishty.

The following is the text of the letter:

May we bring to your attention an unfortunate but sad case of an eminent Pakistani academic Dr. Saiyyad Mohammad Khaleel Chishty, once an active Professor of Virology in Karachi.

He has been suffering since 1992. He had gone to Ajmer in 1992 to look after his ailing mother.

The trial took almost 20 years when he was finally convicted and sentenced to life imprisonment in January of 2011.

While he was out on bail for almost 18 years, he never violated bail.

He was always present whenever he was asked to report to the police or the courts.

Dr. Chishty is over 80 years old and has suffered serious health problems while in prison. He is now in the prison hospital. His family is concerned that he may not survive much longer in the jail condition and wishes to see him return home to spend last days of his life. On the day he was convicted, two persons had to pick him up and carry him inside the jail in Ajmer.

As you are aware, India and Pakistan have been exchanging lists of prisoners held in each other’s prisons, and have been making good progress in their repatriation.

Within a month, Pakistan responded by ordering his release and he is back in India.

The Constitution of India gives the president powers to ‘grant pardons, reprieves, respites and remissions of punishment, as well as the power to ‘suspend, remit or commute the sentence’ of people convicted of offenses.

We are appealing to you to exercise this power in the name of humanity, mercy and reciprocity to release Dr. Chisty.

India to release Pakistan prisoners next week Young Indians and Pakistanis: an IT connect