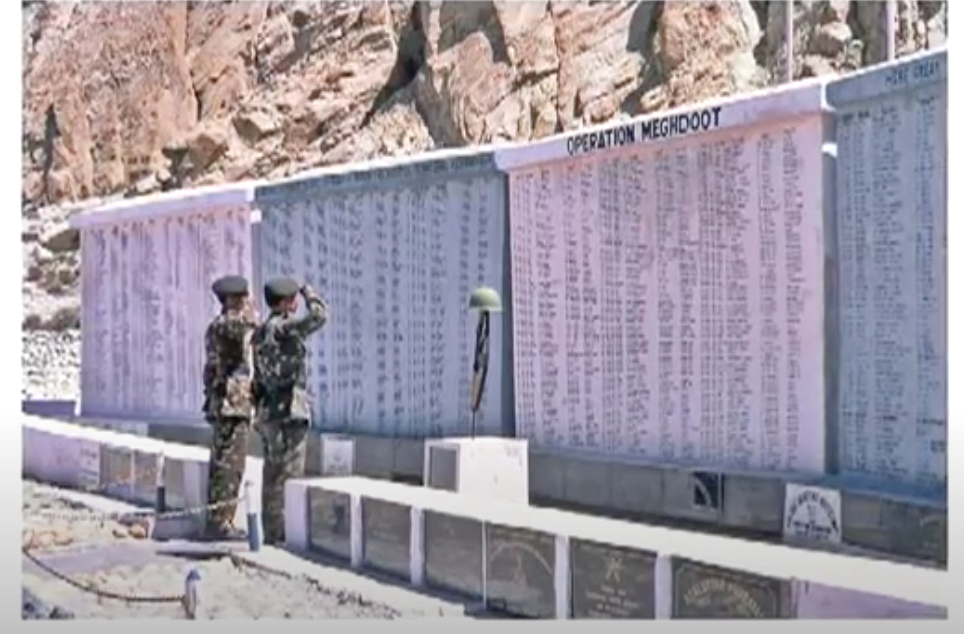 Moving past enmity to the affinity of ancestry

Born into a refugee family that came to Delhi a few months before partition, from what is now Pakistan, I grew up hearing my grandparents’ stories of their halcyon childhoods in Rawalpindi and Quetta. Decades later my grandmothers held down the family fort while my grandfathers were at the frontlines of war with Pakistan, their erstwhile home. The landmarks of India-Pakistan relations are war or imminent war with brief interludes of trade and cricket. Pakistan thus settled in my consciousness with mixed messages as both my ancestry and somehow my enemy.

Only until very recently during graduate study in the United States, did I meet some Pakistanis. I was disarmed by our palpable affinity and felt a renewed frustration with the constant conflicts our countries are embroiled in.

Unable to concentrate on academics, a Pakistani classmate Saif and I worked on a joint statement of peace, signed by 150 Indian and Pakistani students and faculty at Harvard University.

I found not just common ground with Pakistanis but also an easy friendship. Only a small minority of us experience this away from our domestic “tu-tu-main-main” (blame-game) vortex. This taught me the shaky foundations of our differences and the value of even a single connection with “the other.” Beyond the qawwalis and kebabs, I was surprised at the minutia of our shared experiences – the biscuits we ate, the soaps on TV. This kinship is echoed by those who have a similar chance to interact, from mountaineers to journalists, students to pilgrims, and everyone in between.

“I’m also an army brat, my grandparents migrated and settled in Rawalpindi, my grandfather was a prisoner of war, I grew up in Punjab. So I can connect with you on all these levels,” says Saif from Islamabad.

We possibly have more obviously in common with each other than we do from our own compatriots of different ethnicities who speak other languages.

A contemplative, quiet person, once Saif opens up, hours pass by swiftly as he offers a well-thought-out perspective on topics ranging from the nature of companionship to small business feasibility.

I asked Saif and another friend Ali, if India-the-Enemy shaped their Pakistani identity.

“There is a State narrative that is forced on you, and then you form your own opinions,” says Saif. “For me the turning point was when I realized how dumb nationalism is, and how incompatible with Islam. One is not morally obligated to a particular location.”

Ali grew up in Indonesia, Australia and Sri Lanka. “I felt more like I was from the region South Asia, than specifically from Pakistan,” he says. “But when I moved to Canada, I was reminded quickly, and often, that I was Pakistani. In North America after 9/11, Indians were the tech guys and Pakistanis the terrorists.”

From Lahore, Ali is sharp as a whistle with a steady sense of self. Always polite and warm, he loves to challenge a position and dive into a debate with enjoyable banter. Are there things that we disagree on? Yes several, but these are natural differences of opinion with a friend, not irreconcilable differences between a Pakistani and Indian.

With our nation states locked in conflict, even a single personal connection can potentially have a ripple effect. One remarkable illustration is the initiative by mountaineers in both countries pushing for a transboundary peace park along a part of the India-Pakistan border at Siachen.

A particularly egregious totem of the harmful status quo of the conflict is the Siachen Glacier, the world’s highest battleground, and a source for the Indus river system, on which tens of millions on the sub-continent depend.

The costs of posting soldiers on Siachen continue to mount — financial (around USD 133 million annually), human (more soldier deaths due to weather conditions than enemy fire), and environmental (8,000 tons of cumulative waste generated since 1984).

Distinguished award-winning mountaineers Harish Kapadia and Mandip Singh Soin from India and Nazir Sabir and Col. (retd.) Sher Khan from Pakistan, supported by the International Union for Conservation of Nature, are making a strong environmental argument for an honorable withdrawal of both armies and converting the area into an environmental park.

These peaceniks are not some hippy dippy flower children unaware of the long and contentious history between the two countries. Harish Kapadia is also the proud father of a slain Indian Army officer. In a TEDx Talk, he details his conversations with young officers on Siachen glacier who are ready to fight for their country but don’t want their children and grandchildren doing the same. This drives his determination to find a peaceful solution.

A transboundary peace park might seem like a fringe idea, but so was Partition at some point. On consideration, the humane alternative of open borders within the sub-continent would seem inevitable.

Inayat Sabhikhi is a recent graduate from the Harvard Kennedy School.