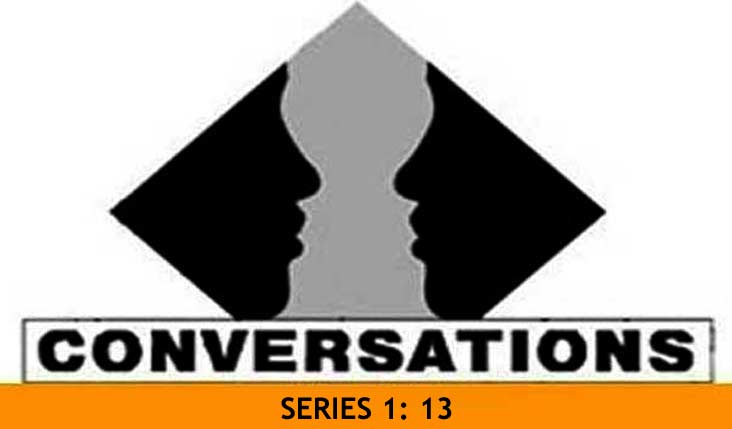 Right at the start of this missive, I have been wondering just how we will ever reconcile our diametrically different views on what we call POK/what you call AJK. (Let alone reconcile the names). You are taught that it “joined Pakistan voluntarily”. We are taught that Pakistan grabbed it from us in 1947. What’s the meeting point between these two perceptions? How do we resolve this disagreement?

Yet resolve it we will have to. If you say it is a sensitive subject in Pakistan, it is just that in India too. In fact, it is almost fundamental to the way we consider ourselves as Indians, starting right from the picture we all carry in our minds of the map of our country. In none of those mind pictures will you find a significant portion of J&K sliced off. Instead, it is whole. That north-western stretch of land is almost jaunty in its shape, like a feather in our collective cap. What’s the roadmap from there to the way you think of it? I can’t see it!

And I wonder, is there any area of agreement in the various contentious issues between us? What about our wars? Let’s take these brief histories, that we learn in India, of just the most recent two wars:

* Kargil: we see it as initiated by Pakistani troops who infiltrated into those heights and who had to be thrown out. When they were eventually evicted from the positions they had occupied (or killed), we had won the war. (At the cost, of course, of several hundred soldiers). In effect, that sums up the war for us in India.

* 1971: West Pakistan could not reconcile itself to the election results which would, by rights, have installed East Pakistan’s Mujibur Rehman as PM of the entire country. Troops were sent in to suppress those Bangla aspirations. They committed atrocities on such a massive scale that independence for East Pakistan, as Bangladesh, became the only option for its people. They asked India to help them secure it, and our Army’s victory over Pakistan’s meant Bangladesh had been liberated.

Apart from how differently you might have learned the history of these wars, is there anything in what I have related that you agree with?

What I do know is that we resent Pakistan’s intrusion into Kargil, and (at least we are told) Pakistan resents our role in Bangladesh. I mean, I’m searching for some kind of starting point to even talk about these issues and find ways past the resentment.

I’m glad to count the gains you list in your last letter, such as the bus service, and the recognition that we need to think about the aspirations of the Kashmiri people. I imagine “confidence-building measures” refers to such gains. Yet there will be a time when we need to talk about what divides us. How do we start?

Finally, let’s devote the last couple of these exchanges to some kind of review of what we’ve gone over and the things we can take away. If that’s OK with you.

All good things to you,
dilip

Welcome back. I have to confess being a bit relieved when you couldn’t send your installment last week because I was still catching up with the backlog from a week in Delhi (from where I wrote my last piece, just after the Aman ki Asha business meet). Seems so long ago.

So, how do we arrive at a meeting point about matters that involve opposite views? Perhaps first hear the other view, recognise it and then find a middle ground? Work towards writing a joint history – as various friends on either side have been suggesting for years? For a start, find neutral terms to describe contentious issues? At the editors’ meeting in April, we agreed that for Pakistan to refer to ‘Indian held Kashmir’ or ‘occupied Kashmir’, and for India to refer to ‘POK’ or ‘Pakistan Occupied Kashmir’ is counterproductive. Better terms might be ‘Indian administered Kashmir’ or ‘Pakistan administered Kashmir’. Instead of ‘terrorist’, use ‘militant’? (I’ll wait for the brickbats).

I loved your description of the map and Kashmir’s position on it. What gives me hope is the evidence of a changed thinking regarding this feather in your cap as you quaintly put it. According to the findings of the survey Jang Group and Times of India had done on either side last year before launching Aman ki Asha, they found that an unexpectedly large percentage of Indians polled (67 percent) favoured resolving the Kashmir issue through dialogue with Pakistan. That is a sea change from the past, and from the image presented by the media.

Dr Mubashir Hasan, the veteran peacenik who was a hawk in his younger, less wise days, has been meeting and talking to political leaders on both sides for years. In his op-ed in The News on Jun 2 (http://bit.ly/aoa1US), he talked about the Kashmir issue, which he terms “the mother of the trust deficit between the ruling elites and their strategic communities”. He provided a list of what the J&K leaders would agree to if the two governments jointly approached them “to present a joint scheme to resolve the issue, simultaneously safeguarding the security and other vital interests of India and Pakistan”. The list might sound far-fetched but then, as I said before, so did the idea of the trans-border bus service a few years ago.

About the wars – I really can’t say much in defence of my country in either of the two instances you bring up, Kargil and 1971, so I won’t try. I agree in general with your premises on both. However, on 1971, I believe India’s interference was an act hostile to Pakistan, no matter how much Indira Gandhi disguised it under ‘humanitarian’ terms. Had the two governments had friendly relations she might have chosen a different course of action, perhaps even prevailed upon Islamabad to choose a different course of action.

Also, atrocities were committed on both sides – not just by the Pakistan Army but also by the Mukti Bahini. Of course this is not the official position, but then, I do not represent the government. I am a journalist and my job is to try to tell it like I see it as honestly as possible.

A must read in this context is ‘The Year That Was’, edited by Ishrat Firdousi (Bastu Prakashan, Dhaka, 1996) which compiles narratives about the war from both sides, in a single volume. Not easy reading. But necessary to move forward. Maybe we need something like that for the instances you bring up with regards to India and Pakistan. There have been several publications with writers from both sides addressing various contentious issues. But nothing that I know of with first-hand, raw narrative that juxtaposes both sides.

This is our Conversation no. 13. Let’s see what we can manage in the next two Conversations before wrapping it up at no. 15.

All the best
Beena