‘Mohali: let it be an ‘Aman Ka Chakka’ 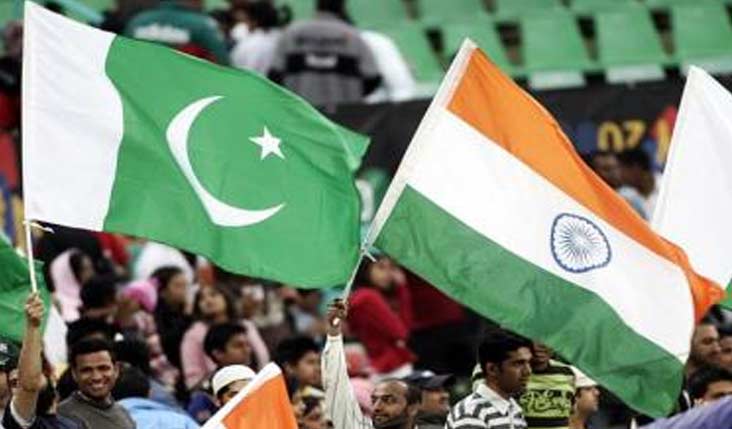 When India beat Australia to reach the Cricket World Cup semi-finals, South Asia seemed to erupt in joy from Nepal and Sri Lanka, to Pakistan and Bangladesh and of course, India itself. Possibly for the first time ever, there were fireworks in Pakistan celebrating an Indian win.

This comment by Rahim S. Lalani, Aman ki Asha IT Committee member in Pakistan, summarised the spirit: “Congratulations Team India!! Just so wonderful to have both Pakistan and India celebrating victories together!!”

“May Allah and Ishwar inspire both our countries to play not only cricket but also humanity well” replied Ravi Dhariwal, CEO, Times of India. Whoever wins or loses the semi-finals on March 30 between Pakistan and India – the winner is South Asia, as Daily Times op-ed editor Mehmal Sarfaraz put it.

“Bring the World Cup to South Asia in a spirit of peace, sportsmanship & friendship!” proclaimed a new facebook group that cropped up within hours: “Together We Shall Win!” Founded by two Indians and two Pakistanis who promised each other they would support each other’s team in the final if it wins the semi. “Whatever happens in the semi-final, this World Cup has to come to the Indian Subcontinent, and we will ALL cheer Together!… ~Long live cricket and cross border friendship!”

Even more significantly, the Indian government announced that they would grant visas to 5,000 Pakistanis. Shortly afterwards, came the announcement that an extra 1,500 visas would be granted, bringing the total to 6,500 (all to be granted within 24-hours).

The fact that the game is taking place just as peace talks resume, having been suspended since the Mumbai attacks of Nov 26, 2008, gives them an added edge. In the end though, cricket enthusiasts would do well remember that this is, after all, a game although in the context of India and Pakistan, can any sporting event really be “just” a game?

Of course there are those who insist on approaching the matter as if it’s some kind of `battle’, or `war’ or the `mother of all matches’ to use a few phrases being thrown around by the media. Some go so far as to insist that Aman ki Asha will be suspended on Wednesday. Umm, not quite.

Thousands of Indians were granted visas to attend the series in Pakistan (as later Pakistanis were given visas to attend the series in India). There were no separate enclosures and it was “incredible to sit among the crowd as an Indian,” as Hindustan Times Sports Editor Pradeep Magazine recalled on Barkha Dutt’s `We the People’ show recently. “As Indians we were given an incredible reception.”

Many Indian visitors said that they had been greeted like long-lost brothers as taxi-drivers gave them free lifts, shopkeepers refused to charge, or gave huge discounts for purchases, and even hotels refused to charge them for rooms.

The warmth is reciprocated at the level of the ordinary people ‘ even now, after all the tensions and suspension of post-Mumbai bilateral dialogue. Remember the huge cheer the Pakistan team got at the Commonwealth Games opening ceremony in New Delhi in 2010, second only to the cheer reserved for the home team? The only people who were surprised were those who take government-to-government relations as the benchmark of what the people of both countries want.

At Mohali today, it will be a tough, highly competitive match with no quarter asked or given. Regardless of personal biases, no matter who wins, Aman ki Asha will cheer both teams. We hope that the spirit of sportsmanship prevails, and that above all, it is `dosti’ that wins, as Indian cricket fan Rajiv Ramanujam put it.

Some worthy twitter posts:
@IndoPak_Peace: India-Pakistan is trending topic in India right now. Wish the countries live like this forever.
@Khan_Zubair: Being a Kashmiri, I support “Aman Ki Asha” more than anybody else. But not on 30th, Please!
@RR2303 (rajiv ramanujam): Am saying this well before the semis. above all I hope dosti wins
@Khan_Zubair: Tie & then 5 & half players from India & Pakistan each will play final will Goras 🙂
@pathan_ (kashmir) ultimately, Indo-Pak friendship should prevail, people to people at least? 😀
@itwittthere4iam (lakshminarayanan): the best thing would be our two national anthems would be sung one after the other at the same venue!!!