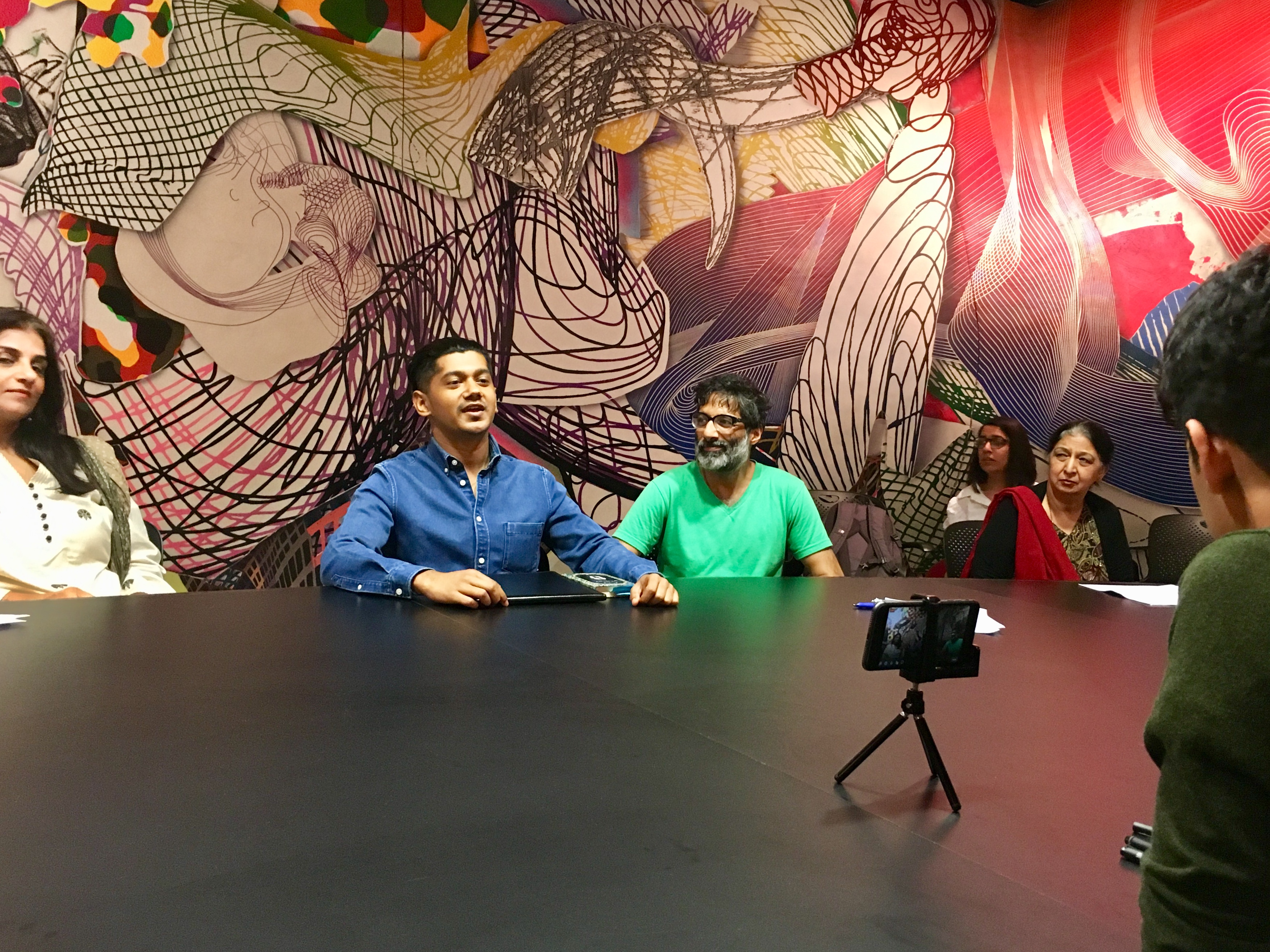 As a Bengali born and brought up in UP who loves Urdu literature, sadly I don’t know how to read and write the Urdu script. But since most Urdu literature has been transliterated into Devnagari, the Hindi script, I have had the privilege of reading Urdu poetry, although not much Urdu prose barring the short stories of Munshi Premchand and Manto.

Learning of the launch of the Joy of Urdu in Boston through a Facebook notification, I was intrigued and eager to know more. The event description stated that it is “a bilingual organization that aims to facilitate and enable the ongoing revitalization of the Urdu language, in order to reclaim our literary heritage”.

The project is dedicated to the late activist Sabeen Mahmud who was “one of its earliest supporters, enabler, and a lover of the Nastaliq script”.

At the inaugural session in Boston, Dubai-based multidisciplinary performance artist Faraz Ali dramatically read Noon Meem Rashid’s famous poem Zindagi Se Dartey Ho? – “considered to be one of the most thought-provoking, engaging and impactful nazms”. It is available online in Urdu, English and Devanagari.

People in India don’t know much about the poet Noon Meem Rashid’s work. All I knew was that he was a pioneer in “free verse/free form” Urdu poetry, and that his usage of imagery was unlike that of traditional classical Urdu literature. Interestingly, I originally learnt of him through this very poem “Zindagi se darte ho?” sung by the band Indian Ocean for the movie Peepli Live.

Encouragingly, the event note stated: “Please note: No prior knowledge of this literary text or background in literature is required for this session. It will be a bi-lingual session and will cater to all levels of fluency.”

Organised by Lata Parwani and Kamal Ahmed on behalf of the JoU founder Zarminae Ansari, currently in Paris, the event was held in the stunning Frank Stella room at MIT.

Ali then shared a verse-by-verse analysis of the poem with his rapt audience — a mix of Boston-area community members as well as students, old and young, from Pakistan as well as India. Like other great literature, this poem too can be interpreted and experienced in a thousand ways by different people. It can fit into various political, social or even personal themes.

In the ensuing discussion, it was interesting to see how different people had so many observations and interpretations of the same line — “Roshni Se Darte Ho? Roshni To Tum Bhi Ho” (loose translation: You are afraid of light? You too are light). People related to it in different ways according to their own contexts.

One interpretation brought up at the discussion was about Gen. Pervez Musharraf’s Emergency of 2007, when all the channels were shut down and this poem was recited at protest gatherings. It remains relevant in current times where there is a fresh spate of censorship.

Another interpretation was “Log apni girebaan me jhaankne se darte hain” (people are afraid looking inwards at their own foibles) – preferring to live in their world of ignorance, fearful of the world of knowledge that will break their long-held stereotypes.

For me, the image that came to mind was of Morgan Freeman’s character in the movie The Shawshank Redemption — after spending so many years in prison, he is apprehensive of returning to normal life after being released from the prison.

Overall, it was a most enthralling event with invigorating conversation that brought together a diverse array of many interesting people. Thanks Joy of Urdu for initiating this. I look forward to more.

Born and raised in UP, India, the writer is a music enthusiast whose native language is Bengali, currently pursuing his MS in Engineering and Management at MIT.