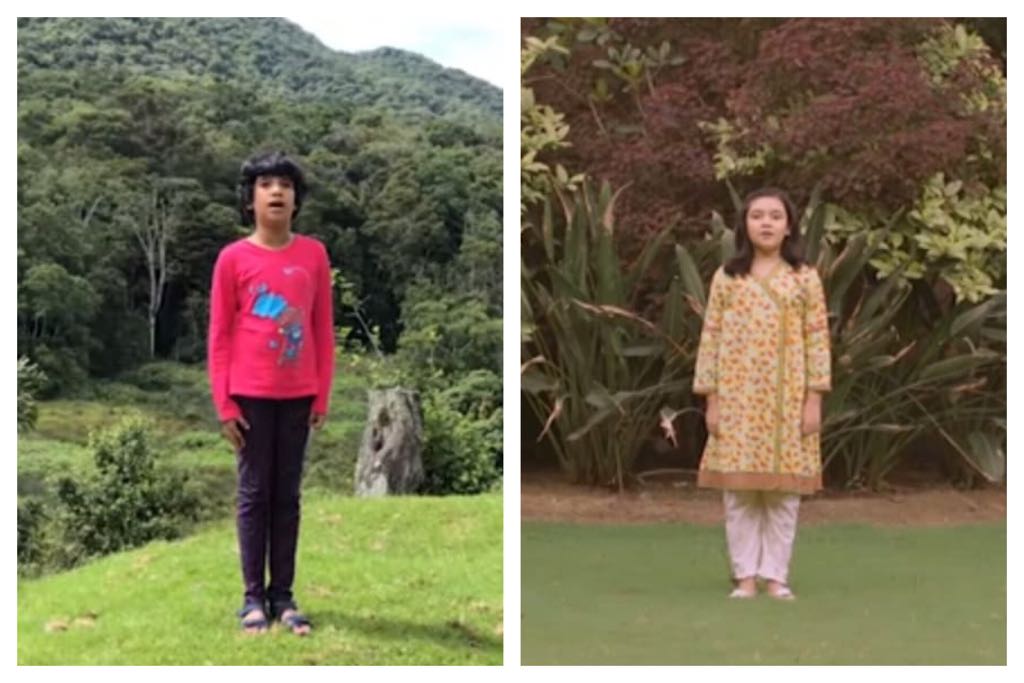 The video features two young girls singing each other’s anthems as a tribute to the freedom and liberation from colonial rule – and for peace in the region.

As the organisers rightly point out, the spirit behind this effort is greater than the small pronunciation mistakes made singing in an unfamiliar language.

Well done all who made this music video possible, and especially the young singers.

“The music video, being globally released, produced by friends of Media Collective-Delhi, for PIPFPD, comes to you on the occasion of the Forum beginning its preparations for the 25 year long journey of this membership-based people’s movement for peace,” say the organisers.