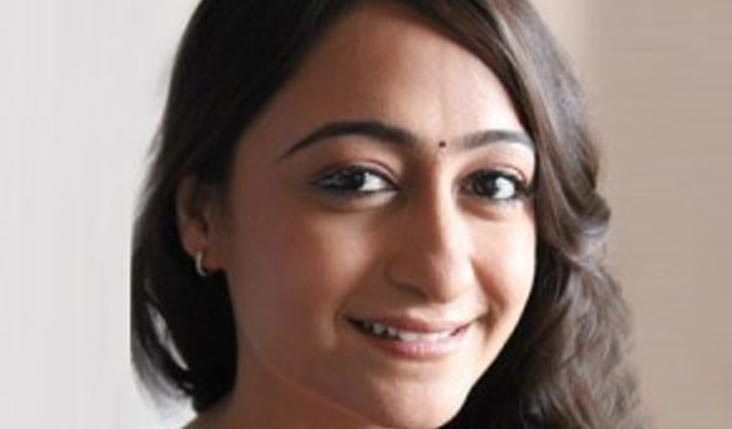 “Didi, I want to live,” 16-year old Kiran Soomro in Karachi tells her friend Nitu Jiwnani in Mumbai. “I don’t want to die.”They are talking on Skype in Sindhi as they often do, since first meeting at Apollo Hospital, New Delhi, in May 2013.

Kiran had gone there with her parents to undergo surgery for her congenital heart defect (“hole in the heart”) that should have been operated upon when she was much younger. But her father Sikandar Ali Soomro, a tall, thin matriculate who earns daily wages selling potato wafers at a Karachi roadside stall could not afford the operation. Her parents were resigned to losing Kiran, a weak and sickly child.

But she wouldn’t give up. Pulled out of school when she was five, Kiran studied at home. A few years ago, as a spunky teenager, she realised that without the surgery, she would die. She wept, and told her parents she wanted to live, says Nitu.

Kiran’s determination gave her father strength and he started trying to find a way to help her. He approached the media, and some Sindhi channels in Pakistan ran interviews of the family.

The publicity helped to raise enough money go to Delhi for treatment. But doctors there found Kiran inoperable due to a serious lung infection. They put her on medication for six months. She is now so much better, she tells Nitu, that she can even run.

“When she came to India she could not even walk,” says Nitu. On Skype, the bubbly Kiran shows her Indian didi (sister) her clothes, and tries to learn English words.

Nitu, 26, a classical dancer in her final year of a Masters degree in Kathak, does ballets on Sindhi culture. In Dubai for a performance about a year ago, she met Sarang Sindhi, a producer with Sindh TV, Pakistan. A neighbour of the Soomros’ from Karachi, he asked Nitu to look out for them when they went to Delhi in May. Nitu is a fluent Sindhi-speaker, whose great-grandfather had migrated from Sindh, Pakistan after 1947.

“That’s what connected us, the language,” says Nitu. “I felt like Kiran is my sister. We spoke about folk tales… Salman Khan… Shahrukh Khan…”

Nitu had visited Pakistan for a couple of months earlier, in February-March, staying in Jamshoro with her friend Saif Samejo of The Sketches , and his family.

“It was another experience altogether. I never knew there were Sindhis in Pakistan who spoke Sindhi,” she says. Entering Pakistan on foot at Wagah border, she had spent the day with a Punjabi family, friends of the visa officer at the Pakistan Embassy in Delhi who had interviewed her.

Nitu now refers to Sikandar Ali as Abbu, and Kiran’s mother Shamshad, as Ammi. They call her their eldest daughter.

The money raised earlier has all been spent on Kiran’s lung treatment and other expenses. One benefactor donated them a laptop, and Sikandar Ali created a Facebook account to highlight his daughter’s plight.

On January 20, 2014, Kiran turns 17. No one had expected her to live this long. The long-delayed heart surgery, not possible in Pakistan at this stage, must take place at the earliest.

“I wanted to collect funds in May, but Abbu (Sikandar Ali) said, after six months they will do her reports again and see whether she is operable,” says Nitu.

Others have joined Nitu to support Kiran, like Haresh Jiwnani, 42, a relative of Nitu’s in Karachi. He accompanied Kiran when she had to go to the hospital for her tests in December, and has been helping with other logistics too.

When the new test reports indicated that Kiran is operable, Nitu started sending out appeals to raise money for the surgery.

“I am an Indian and want to save this Little Pakistani Girl!” she posted on the Aman ki Asha facebook group on December 30, 2013. “Please people come forward and help this little girl— SHE WANTS TO LIVE !!!”

At that point, Kiran’s operation in India was estimated to cost about USD 8,000. However, Nitu subsequently got in touch with Dr. Devi Shetty at Naryana Hrudalya hospital, Bangalore, where the procedure will be done for around USD 3,200. That brings the total amount needed to around USD 6,500, including air travel for Kiran and her parents (doctors recommend two attendants) and other expenses, which may increase, depending on her condition.

It is heartening to see Indians and Pakistanis step up to for this cause. Within a couple of days of Nitu’s appeal, her Indian friends and relatives donated USD 2,500. a similar amount. Others are coming forward. Many thoughts and prayers are with Kiran as she starts the visa procedure to leave for India at the earliest.

Thank you, Nitu Jiwnani, for bringing this case to our attention. May your efforts to save young Kiran succeed.