Noise in Mumbai… but Pakistan wrestlers win hearts in Pune 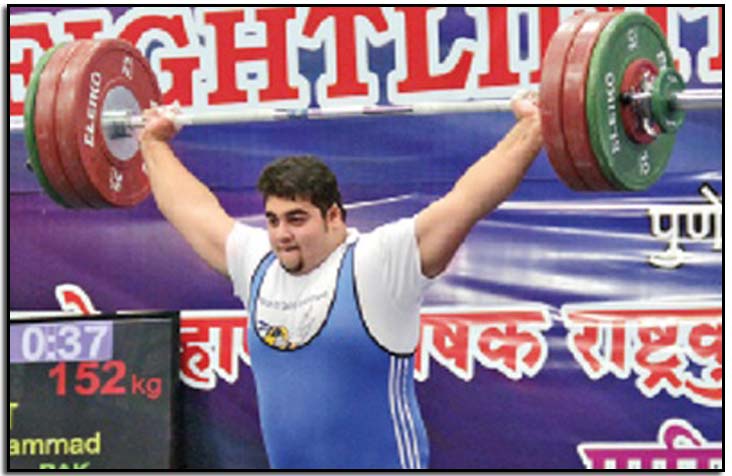 “It is about how a team of four wrestlers from Pakistan came to Pune, participated in a tournament and won hearts, while all this noise was happening in Mumbai,” writes Desai in an email. “The Pune unit of Shiv Sena was not even aware of this India-Pakistan tournament.”

The front page, produced by the Sakal Times of Pune on Oct 20, 2015, juxtaposes two stories, one headlined: “Sena’s foolproof formula” (sub-heading: “Sena leader describes planning and execution of the BCCI HQ”) with: “Meanwhile, Pak lifters win Pune’s hearts” according to the second lead below.

Pandurang Sakpal, “a hardcore Sena activist and the architect of Sena’s barge-in agitation” at the headquarters of India’s Board of Control for Cricket (BCCI) in Mumbai on Monday, described the attack with pride according to the reporter, Rahul Gadpale in Mumbai.

Sakal Times, Pune: A front page with a message

Sakal termed their preparations as “a foolproof plan to stun the cricket body’s chief”. Some of the activists engaged security personnel in queries while others barged into the BCCI office, he said.

“We always have a foolproof plan and we call it Shiv Sena style. Some of our activists were roaming in the vicinity since morning and had kept a close watch on every happening in the surroundings,” Sakpal told the reporter.

The agitators “left the BCCI Chairman’s cabin only after an assurance from him about the cancellation of the meeting.”

On Wednesday, for the third time, 100 Sena activists successfully breached the security of a restricted area and barged into the cricket body’s HQ.

“The incident has shocked the cricketing community and once again embarrassed Sena’s alliance partner BJP,” says the report.

“While the Shiv Sena is against all sporting and cultural ties with Pakistan, a four-member Pakistani team of weightlifters won the hearts of Pune in the Commonwealth Weightlifting Championship at the Shiv Chhatrapati Sports Complex. The tournament went off smoothly as the Pune Sena unit was ‘blissfully ignorant’ about it,” reads the second report, by Bhagyashree Kulthe.

“Four Pakistani weightlifters clinched several medals, including three golds, a silver and a bronze, during the championship earlier this month, which was a precursor to the World Championship to be held in Texas next month…

“The Sena leadership in the city now rues their ignorance and states that if they would have known, they would not have allowed the event to happen.”

Meanwhile two Pakistani women squash players participating in a tournament in Chennai said they had no problems and felt quite safe in India. Sadia Gul, 18, and Sammer Anjum, 21, said they expected to be back in India for the South Asian Games at Guwahati and Shillong.

There has been widespread condemnation and embarrassment in India at Shiv Sena’s actions.

Analysts say that the hyped up anti-Pakistan protests are a predictable forerunner to the upcoming state elections in Bihar and Uttar Pradesh that are critical for the ruling coalition in particular.

A plea for peace: Climb high, rather than dig​ deep Shiv Sena ‘neither represents the citizens of Mumbai nor is its conduct a sign of patriotism’