One by two in Norway 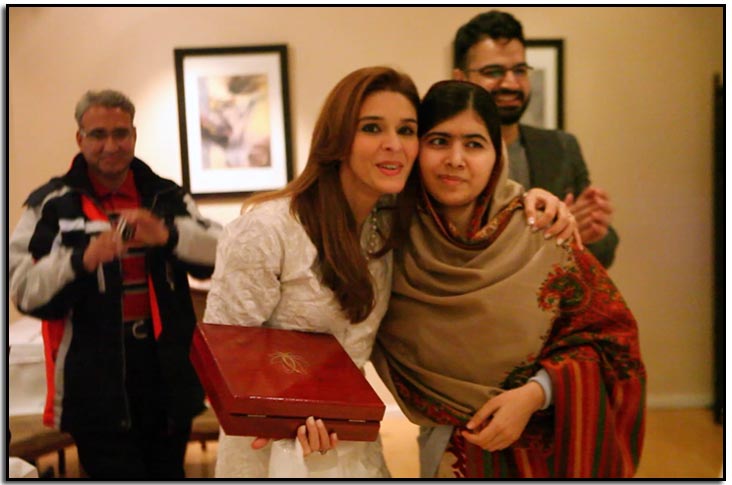 Aman Sheikh’s family is from Pakistan, while Simrat Kaur’s is from India. Both grew up in Norway where they recently made a short film titled ‘Ek – One’ (duration 5 minutes) focusing on the commonality of cultures between India and Pakistan.

This is cricket: Friendly rivalry

Having studied together – they both have Bachelors degrees in Political Science and Human Rights — they were inspired by the recipients of Nobel Peace Prize last year, Malala Yousafzai and Kailash Satyarthi, who received their awards in Oslo, Norway. The project took them about nine months to complete, using their own resources.

“The dynamics of global relations are very close to our hearts,” they said recently in a joint email to Aman ki Asha. Hailing from one part of the world and living in another, this is something this something they say they are both passionate about.

Simrat and Aman at the press conference for ‘Play for Peace’ where the film was first launched. Photo: Kanwal Khan

Aman’s thesis in fact, was on India-Pakistan relations. He currently runs his own film production company, A Man Film. Simrat works for the foreign service in Norway and plans to pursue her Master’s in Human Rights in the UK.

Politics, they believe, “is about the focus on division and differences”. The film sidesteps this aspect to focus on similarities between the Indian and Pakistani cultures. “We aim to show that ordinary, everyday culture at the individual level is quite similar in both countries,” say Simrat and Aman. Their film aims to further “a message of peace and help build a bridge of love between the Indian and Pakistani populations.”

The film was launched on August 23, 2015 at ‘Play for Peace’, a cricket-cum-music festival in Norway that several cricketers and other familiar faces from India, Pakistan and Sri Lanka, as well as Norway participated in. They included cricketers Misbah ul Haq, Younus Khan and Umar Akmal from Pakistan, Sanath Jaiasurya from Sri Lanka, Mohit Sharma and Mahesh Rawat from India, besides actresses like Mahima Choudhary from India and Fiza Ali from Pakistan and several politicians and other well-known personalities.

A wedding in… Pakistan? India?

The video posted on Aman’s Facebook page and Storypick has since then attracted a fair amount of attention, with thousands of shares, likes and comments, mostly positive and supportive. However, “there are some that believe that the differences between the two cultures are more important. Luckily, the positive responses are far more than the negative ones. That helps keep our hopes high,” say Simrat and Aman.

“We have received many pats on our shoulders (‘shaabash!’), many have told us that the film made them emotional, many have confirmed that we are indeed more similar than different – and the best part? Many of them are non-Indians/non-Pakistanis!

HAPPENINGS...Promoting dialogue, one event at a time Re-shaping identity across borders… Not what the media led us to expect