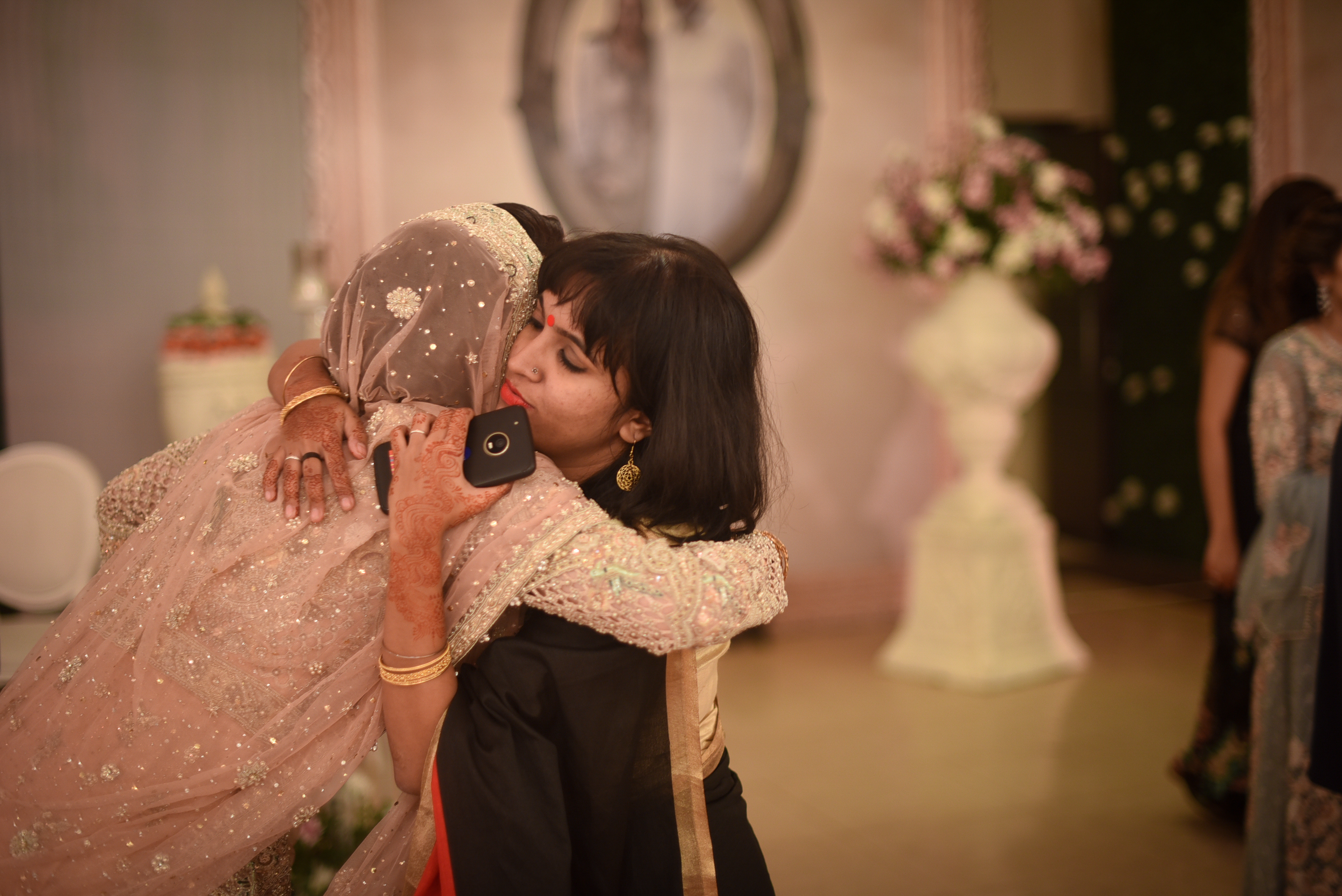 By Ramsha Baluch and Rudrani Dasgupta

India and Pakistan. The LOC. Kargil War. Muslim. Hindu. Dushman (the enemy). Cricket. On both sides of that impenetrable border, these are the words that we grew up with during the Kargil War as schoolgirls in our respective cities, Ramsha in Karachi and Rudrani in Kolkata.

Only a few spoke of peace, of commonality, and of friendship; it was easy to drown out those dissenting voices. But, beneath it all, there remained a burning curiosity about the other side. Like Bushra Ansari’s rap video ‘Humsaye Maa Jaye’ )children of the same mother) on India-Pakistan peace, we always wondered what our estranged neighbour’s house looked like. It would be so exciting to visit, but would it ever be possible?

We met, like most Pakistani and Indian desis meet, in a neutral third country. For us, this was the UK in 2015. Studying for our Masters at University College London, we became friends while rushing off to buy closing time discount sushi at a nearby restaurant. What better way for college students to eat fancy Japanese food in one of the world’s most expensive cities? In English, you call it a ‘lifehack’, in Hindi and Urdu we call it ‘jugaad.’

What cemented this friendship, however, were the subsequent long discussions over copious cups of chai (tea). Bollywood, politics, random gossip, desi aunties matchmaking at weddings, categories of biryani… nothing was exempt. Above Indian, above Pakistani, it was about being a generation of young people missing an important part of their roots, a broken connection that lay on the other side of divisive politics.

We reunited for Ramsha’s wedding in November 2017 in Karachi. There were no monsters waiting on the other side of the border. The biggest hurdle was getting a visa, a seemingly mundane step rendered almost impossible due to hostile policies between our countries. Stellar references and testimonials from friends and families from Karachi overcame this hurdle.

Rudrani was treated like royalty at the Pakistan High Commission in New Delhi; the staff was so excited at the prospect of her travelling to Pakistan for a friend’s wedding! ‘Don’t be afraid’, they reassured her. ‘You will be treated with so much love’. Every word turned out to be true, and how!

Everyone was so excited to meet the Indian girl who had travelled to Pakistan for her friend’s wedding. Shopkeepers doubled their discounts. Everyone had so many questions about Bollywood and all things Indian. In a flash, it was so easy to rise above the politics and look at the bigger picture, the much bigger historical picture bound by culture and shared values.

Ramsha, Rudrani and friends set the dance floor on fire at Ramsha’s mehndi ceremony in Karachi.

Our friendship is not unique. We discovered many other relationships like ours, thriving in the diaspora, far from the madding crowd of the two countries. Indians and Pakistanis living together, working together, living happily in so many countries across the world. People learning to put their deep differences aside and striving to live in harmony, focusing on the similarities instead.

It was September 2016 when we bid goodbyes to each other in London, saying we would meet again, someday somewhere on this planet. We did not have the luxury of knowing if we would actually meet again owing to heightened tensions between our countries in September 2016. In November 2017 we said goodbye again in Karachi after Ramsha’s wedding, again not knowing when and where we would next meet. All we could promise each other is, someday, somewhere. again.

In February 2019, after the Pulwama incident, deeply disturbed by the divisive politics around us, we knew that the jingoistic chest-beating could lead the two neighbours into a full-blown war. Ramsha posted a status on Facebook: “Captured pilot Abhinandan to be released by Pakistan as a gesture of goodwill and peace. #LetSanityPrevail #NoWar”. A series of comments followed:

Ramsha and Rudrani at a Durga Puja celebration in London, 2015.

After this Facebook exchange, we had a video call. We reminisced fondly over memories of London and rejoiced at the return of Abhinandan and the image of him having chai in Pakistan. We wondered why more people couldn’t chill out like us over a cup of chai. That sparked a eureka moment. Why not open a virtual tea stall, a place where people can have casual conversations around peace and friendship?

The logo for Chai Ki Dukaan, a virtual space for Indians and Pakistanis to share narratives of friendship.

Imagine Chai Ki Dukaan as the window in the wall we see in ‘Humsaye Maa Jaye’)children of the same mother) where Asma Abbas and Bushra Ansari can get a glimpse of the other side. That little window humanizes the other. We see the same flesh and blood, the same issues, the same social structures, the same skewed beauty ideals, and the same endearing love for Chai (tea).

Chai is an integral part of social engagements in both countries, bringing people together. We thought this could be a little safe space where people like us would know that they are not alone, that there are many like-minded people who look beyond the labels of Hindu, Muslim, Indian, Pakistani.

We want to highlight ordinary stories of peace and friendship in a virtual space where anyone can share anecdotes, art or any form of human expression, to promote a friendly relationship between the neighbours. But Chai Ki Dukaan is not restricted to artists or academics. We want it to be democratic, accessible, and relatable to everyone. Anyone can write to us about their interactions and friendships with the neighbour, no matter how brief or trivial it may appear. We have posted each story received by us. Our diverse posts are a testament to that.

Ramsha Baluch and Rudrani Dasgupta, founders of Chai Ki Dukaan, work in the education and development sectors in Pakistan and India respectively. Ramsha heads student affairs at an engineering university in Karachi. Rudrani works for an international NGO in Kolkata.