Over 30 organizations call for prompt repatriation of crossborder prisoners, including bodies of those who died in custody 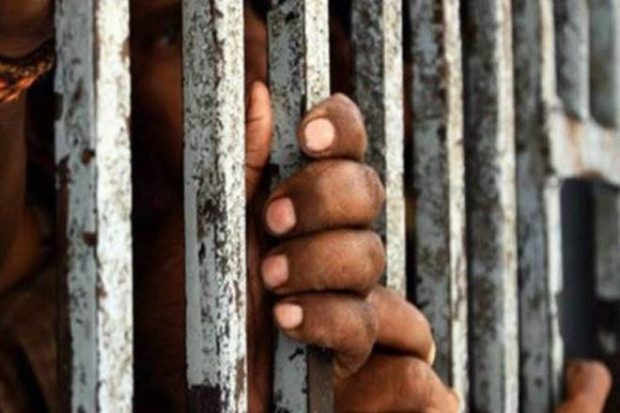 Titled ‘Release prisoners on completion of jail term, decriminalise inadvertent border crossings, especially for fisherfolk and minors’, the statement draws attention to the death of two Indian fisherfolk in Pakistani custody this year, and the death of a Pakistani fisherman of Bengali origin in India’s custody last year.

All three had served their sentences but remained in custody on ‘the other side’.

Compounding the tragedy, there are terrible delays in the repatriation of the bodies of such fisherfolk, notes the statement.

The statement also draws attention to some teenagers who remain incarcerated in juvenile centers in India, mostly without any contact with their families. One has already served his sentence but remains incarcerated.

of the joint statement below, with endorsements:

Kalu Vira, a fisherman from India incarcerated in Pakistan died at a hospital in Karachi on 6 July 2022. He had completed his jail term in December 2021, and his nationality had been verified.

After his passing, it took over 10 days for the Pakistan authorities to inform the Indian High Commission about the death.

As of 31 July, Kalu Vira’s mortal remains are yet to be repatriated. Meanwhile his family members came to learn of the tragedy through other means and are desperately awaiting the return of his mortal remains.

is not the first time a fisherman has died while incarcerated on ‘the other side’. It typically takes well over a month to repatriate mortal remains of an Indian or a Pakistani who dies while incarcerated in the other country. The repatriation is carried out through Wagah border although most such incarcerations are in the southern coastal areas.

Nano Ram, another Indian fisherman, completed his jail sentence in Pakistan on 16 January 2019. He died at a cardiovascular hospital in Karachi on 3 February 2022. His remains were repatriated on 4 April 2022.

Amir Hamza, a Bengali migrant fisherman from Karachi arrested by the Indian Coast Guards in 2017 died of Covid-19 in India in June 2021. It took the authorities three months to repatriate his body to Pakistan. He, too, had completed his prison sentence but was kept languishing in custody.

When fisherfolk cross the unmarked maritime borders in the region, lengthy incarceration is just one of the risks they face. Currently, Pakistan holds 632 Indian fishermen in Landhi Jail, Karachi, while India holds 95 Pakistani fishermen in prisons in Gujarat.

All were arrested for inadvertently crossing the maritime boundary.

Even after serving their jail sentences, they end up remaining in prison. Had Kalu, Manu and Hamza been repatriated promptly after having completed their sentences they might have been alive today.

In some cases, border patrol personnel on the other side have shot dead fisherfolk caught transgressing the unmarked maritime border. This happens between

Pakistan and India, and also between Bangladesh and India.

Additionally, several minors who inadvertently crossed the border across the Line of Control in the disputed area of Kashmir, are lodged in reformatory centres on the other side. In some cases, they are repatriated within days, once their identities are verified and contact is made with families across the border.

Sri Lankan and Bangladeshi fisherfolk arrested by India and vice versa also face similar issues. In the case of Sri Lanka and India, there are generally fairly fast repatriations, sometimes within weeks of arrest, including boats being returned..

We call on the governments of the region to immediately take following steps:

of the other country to periodically visit and conduct inspections. Institute similar bilateral committees between India-Sri Lanka, and India-Bangladesh.

their relatives, including the option of online communication.

the sea route or Khokhrapar border rather than having to travel 1000 km up-country to Wagah-Atari border, and down again to their homes.

All countries of the region must institute measures to ameliorate the plight of the incarcerated in their custody, particularly cross-border prisoners. This will also help build confidence and trust between the two countries and improve overall neighbourly relations in the Southasian region.

American Alliance of Physicians for Peace in South Asia

On eve of 75th independence anniversary, peace pilgrims from Pune bring message of love to Pakistan The years that were: Let lessons from the past inform the present