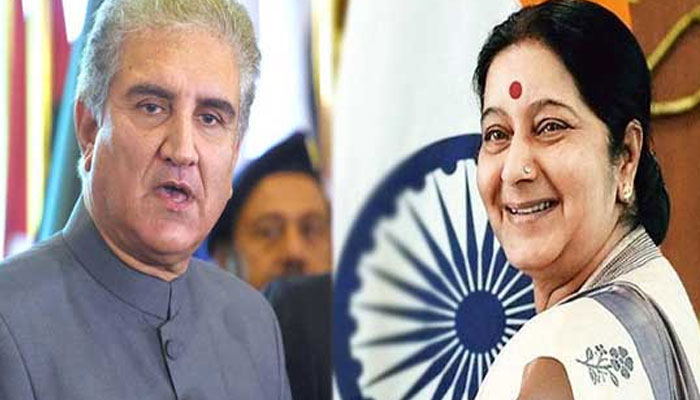 NEW DELHI: Following a letter to Indian Prime Minister Narendra Modi from his Pakistani counterpart Imran Khan for resumption of dialogues , Indian External Affairs Ministry has confirmed that Foreign Ministers of two countries will be meeting in New York next week on the sidelines of the United Nations General Assembly (UNGA) session.

Spokesman for the Indian External Affairs, Raveesh Kumar confirmed on Thursday saying, ‘I can confirm that on the request of the Pakistani side, a meeting between Foreign Minister Sushma Swaraj and her Pakistani counterpart Shah Mehmood Qureshi will take place on the sidelines of UNGA at a mutually convenient date and time,’ Indian media reported.

However, Raveesh asserted that ‘It is a meeting, not resumption of dialogue,’ India’s NDTV reported.

He added “We have just agreed to the meeting. The agenda is not finalized.”

The development came shortly after Indian media reported that Pakistani PM Imran Khan has written to his Indian counterpart Narendra Modi for resumption of dialogue between the two countries.

According to report, Prime Minister Imran Khan had also sought a meeting between Pak-Indian foreign ministers on the sidelines of UNGA in New York later this month.

This will be the first ministerial-level engagement with Pakistan after Imran Khan assumed office as Prime Minister of Pakistan.