Pakistan-returned Jitendra gets a hero’s welcome 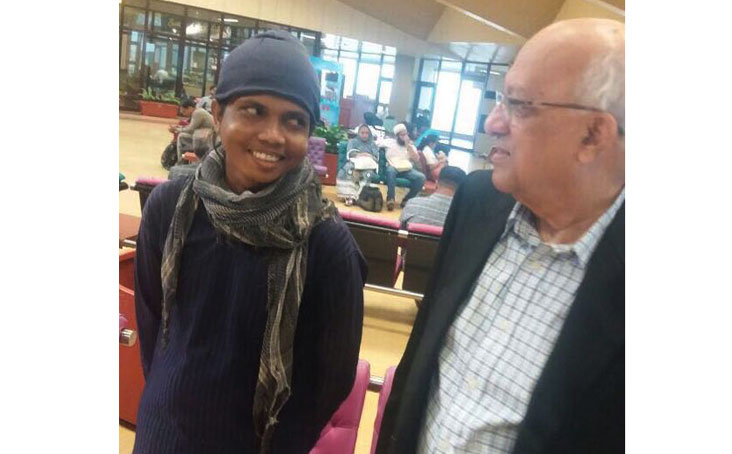 BHIOPAL: Jitendra Arjunwar got a hero’s welcome in Seoni district after his return from a Karachi jail.

He reached Seoni on Sunday where he was given a warm welcome by residents who had gathered after learning about his release through media reports. Arjunwar did not respond to most of the questions asked by mediapersons on his five years in a Pakistan prison. He said he was treated well in Karachi jail. In fact, activists who helped secure his release have said that he was kept alive because of Pakistani prison officials’ initiative as he has sickle cell anaemia and needs regular blood transfusions.

Jitendra was taken to his native village, Barghat, where he got a grand welcome. His mother and sister broke down as soon as he stepped inside the house. Many people tried to interact with Jitendra, asking him about how he crossed the border and his time in Pakistan, but he refused to answer any of the queries, said sources. “He hardly spoke anything while travelling from Wagah to Seoni. He is not well and seems to be in shock,” said ASI Rajesh Saretha, who escorted him home from Wagah.

Jitendra was questioned by policemen in Wagah and Delhi, but he remained tight-lipped. Officials did not ask much considering his health condition.

In 2013, a campaign for release of Jitendra Arjunwar from Pakistan prison had gained strength in his hometown. Scores of residents of Seoni had taken it to the streets holding candles and urging the authorities to get him freed at the earliest. Jitendra’s younger brother Bharat, a class V dropout, was unable to approach any authority as he did not know how to read and write. So was the case of his sister and paralysed mother.

Jitendra with family after his return.

Jitendra, a resident of Barghat village in Seoni, accidentally strayed into Pakistan and was arrested by the Rangers on August 12, 2013. Almost six years after he strayed into Pakistan, Arjunwar was repatriated by Pakistan via the Wagah border on Thursday following a sustained campaign by activists and journalists on both sides of the border.

Justice Nasir Aslam Zahid, one of the most respected names of Pakistani judiciary, and former chief justice of Sindh High Court went to Karachi airport to see off Jitendra. Zahid’s organization, Legal Aid Society, was instrumental in getting Jitendra — a patient of sickle cell anaemia — out of Karachi jail and send him back to India.