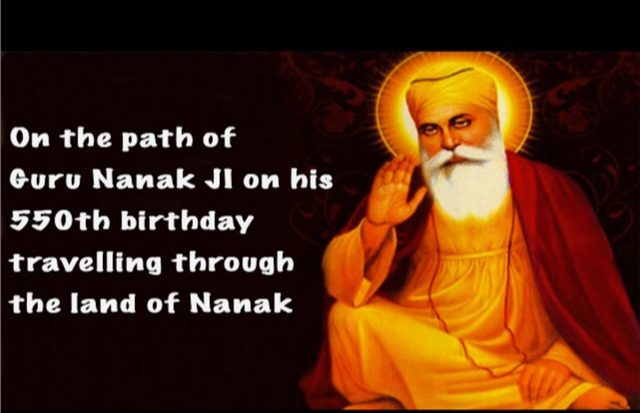 Pakistani food blogger Nilofer Qazi’s video “In the Footsteps of Guru Nanak from the land of Nanak” will feature at the 2019 Sikh International Film Festival, November 9 in New York City.

The 51-minute video is a special episode in her video blog series, “Pakistan on a Plate”.

The festival coincides with a momentous event taking place at the India-Pakistan border on the other side of the world — the opening of the visa-free Kartarpur corridor between the two countries, just inaugurated to facilitate the visit of devotees to Kartarpur Sahib in Pakistan.

Kartarpur Sahib is the last resting place of the Guru Nanak, the founder of Sikhism and the first of the ten Sikh Gurus. The corridor opening also commemorates Guru Nanak’s 550th birth year known as Gurpurab.

‘Thrilled and humbled to have “Pakistan on a Plate” #Dedication “In the Footsteps of Guru Nanak from the land of Nanak” selected at #Sikh International #Film #Festival on #Gurupurab #550,” Nilofer Qazi posted on her Instagram account @niloferscorner, urging New York-based friends and family to go see the film.

A description of the English-language video, online at Qazi’s Youtube channel, notes that Guru Nanak “expressed his powerful simple egalitarian beliefs through poetry and music, similar to the sages and saints of the past”.

“Remembering Guru Nanak is important for many reasons, but for Pakistanis, in particular, we remember and honour a Saint who was born and bred from our soil. Born and bred from the land of the five rivers, Guru Nanak embodies the values of tolerance peace & love”.

Qazi notes that Gurmukhi, the holy scripture of the GuruGranth Sahib, the holy book of the Guru Nanak’s followers, is “the only Punjabi scripture”. Furthermore, the land of the five rivers, Punjab, is their holiest, most sacred land.

“To understand the largest part of Pakistan means we must understand and embrace Nanak”.

This film follows Guru Nanak’s footsteps, from the village where he was born in 1469 AD, Rai Bhoi Di Talwandi, around 90 km west of Lahore, through the area until his last earthly abode. Traveling through ten cities across Punjab and many more spa

“Today there are over 27 million Sikhs in the world, above the labels of an organized religion. Guru Nanak rejected labels, castes, class or distinctions of any kind; he was

pure humanity. In his spirit, and in his remembrance on his 550th Birth year-Gurpurab, from his Land and his people a small dedication”.