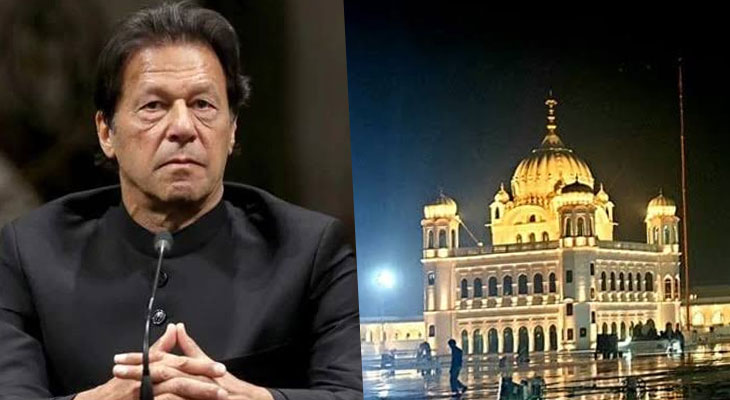 Bathinda: In a partial relief to devotees wanting to pay obeisance at Gurdwara Darbar Sahib at Kartarpur in Narowal district of Pakistan Punjab, the Imran Khan government has announced to allow those from India who do not have passport.

The Pakistan government has also waived the condition of applying for 10 days in advance and also have waived off fee of 20 dollars on the day of inauguration and also on the 550th birth anniversary of first Sikh master Guru Nanak Dev, that falls on November 12. The revelations were made on Friday morning by Pakistan Prime Minister Imran Khan in a tweet.

Imran Khan tweeted “For Sikhs coming for pilgrimage to Kartarpur from India, I have waived off 2 requirements: i) they wont need a passport – just a valid ID;   ii) they no longer have to register 10 days in advance. Also, no fee will be charged on day of inauguration & on Guruji’s 550th  birthday”.

Earlier passport was made necessary for reaching to Gurdwara situated into the territory of Pakistan passing through 4.1 kilometre long corridor from Dera Baba Nanak in Indian Punjab. Also the fee of 20 dollars, which devotees have been asked to pay, is not liked by Indian authorities. Right from Punjab chief minister Captain Amarinder Singh to union food processing industry minister Harsimrat Kaur Badal assailing the imposition of fee had been terming it as jazia tax.

“We are happy over withdrawing the condition of passport. It will go a long way in allowing everyone who do not possess passport to pay obeisance”, said devotees Gurnam Singh and Darshan Singh who wanted to travel but were unable as they do not have paaspoerts.

The preparations on opened ng if the corridor have almost completed. The corridor on Indian side will be thrown open by Prime Minister Narendra Modi on November 9 and the same day Pakistan PM Imran Khan will start the facility of pilgrimage for Indians from Pakistan side.