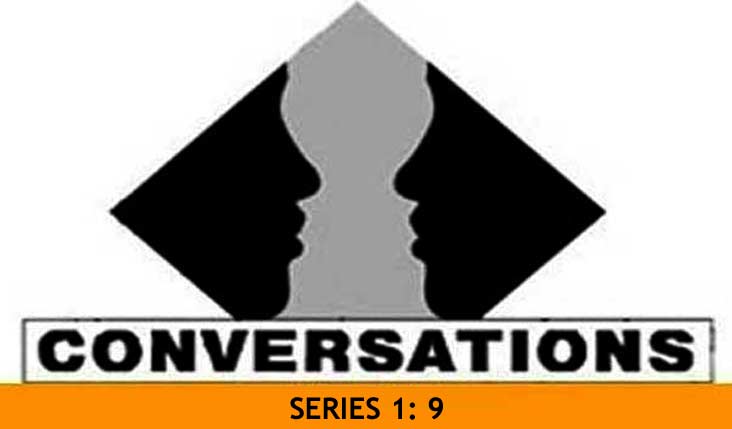 I know your Berlin adventure was stymied by, of all things, a volcano in Iceland. Who’d have thought it? Somebody more eloquent than I could probably find some kind of metaphor, for the prospects for peace between us, in those spewing ashes. Another time.

To get to your last missive. Yes, perhaps we are going round in circles to a degree; and yet I think we are indeed getting somewhere. For surely it’s when we come to grips with things we disagree on, whatever they are, that we will find what making peace really entails.

And there are things I disagree with in your last missive. To start with, you say that the Indian fear of terrorist attacks from men in Pakistan is “vastly different” from the Pakistani fear of India blocking its access to water. On an academic level, you’re right. Taking a dispassionate, objective view, the Indian fear is less than the Pakistani one. A terror attack is not the existential, civilisational threat that cutting off water is.

Yet it seems to me one of the first lessons about dialogue, about building peace, is the importance of perceptions. A large number of Indians perceive the terrorist threat as very real and very threatening indeed. It doesn’t assuage their feelings to suggest that Pakistan’s worries are, by definition, greater than theirs. The idea must be to address concerns head on, without shying away.

Here’s some kind of parallel. You’ve mentioned Indian smugness and condescension towards Pakistan. Frankly, I hear it a lot, and I can imagine how intensely annoying it must be to you guys. But suppose when you ask to see less of it, I turn around and say, “Well, India is the bigger country with the sounder economy and greater investment in democracy; in comparison, Pakistan is no more than a failed state. Get used to it!” (Which, in effect, I’ve said on an earlier trek around the circle we have been tramping, maybe even twice). You tell me, is this likely to lower your annoyance levels?

I think this is what made me realise what I said in my last letter to you: that the more productive way to view each other is as equals. Meaning for one thing, I don’t wave away your concerns and you don’t wave away mine.

And this is why I said, I will shout as loudly as I can to prevent any proposed Indian blockage of water to Pakistan. I’ve grown up believing that in the end, governments do what is the politically advantageous thing to do. Therefore, it’s my job as a citizen to make my government see that cutting off water to Pakistan is a politically foolish thing to do. Therefore, I will shout.

Of course you’re right to point out that no amount of shouting stopped the nuclear tests in 1998. Still, it’s the weapon I have, and I’ll use it.

Speaking of which: it’s true, India did test its nukes first. Yet when you refer to it as a “dangerous move initiated by India”, I must again point out to you the perception many Indians have: that over the years, there have been so many provocations from Pakistan, so many times that your country has initiated hostility, that we had to show our nuclear hand (what was that about “ek haath se”? ) to make Pakistan see reason. (Not that I agree with this, not that I think our nuke test was anything but misguided).

You see the nuclear tests as an unprovoked Indian upping of the ante in May 1998; we see them as part of a longer continuum of events. If those are the perceptions, with the fears that arise from them on both sides, we have to find creative ways to tackle all this.

To end this note, I could not agree more on this point: it’s important that India introspect about the poor relationships we have with nearly all our neighbours. What does that say about us? I think, in short, that we’ve assumed too long that we can play big brother. Time for a little humility.

Sorry I couldn’t reply to your last letter in time. It wasn’t just the volcanic ash – immediately after my aborted trip I was caught up at an Aman ki Asha seminar in Lahore, ‘A Common Destiny’ that brought together Indian and Pakistani former ambassadors, ministers, academics, and armed forces personnel to try and forge a consensus on “issues of strategic importance”.

There was a closed-door meeting followed by a televised panel discussion with an invited audience. Both events went well. Many of the issues we’ve been talking about came up, notably terrorism and water.

At the end of the day it is, as you say, all about perceptions. I did not mean to belittle the fear of terrorism in India, just as I am sure you didn’t mean to discount the water fears in Pakistan. Bottom line is we have to work together to overcome both.

Experts far more qualified and experienced than you or I talked about these issues at the Lahore meetings. The joint declaration (see the Aman ki Asha website, www.amankiasha.com) didn’t go into details (which can end up being acrimonious) but acknowledged that India and Pakistan both “face the common threats of climate change and global warming that are leading to a global water scarcity”, and acknowledged that at such times, stress levels tend to rise. Which makes it all the more important to keep the dialogue going and not let the stress overshadow the peace process.

Personally I don’t think India is ‘stealing’ Pakistan’s water. It’s clear that the issue is being raised and hyped up by a certain lobby for a certain purpose (perpetuate hostilities). As Dr Mubashir Hasan, one of the experts on the panel said, the water going downstream will reach Pakistan – eventually. It’s the timing – when India chooses to release the water – that is crucial. That’s where monitoring and communication are critical, and the joint telemetric system that experts on both sides are calling for.

Terrorism too, is a common threat faced by both countries. “Dialogue between the two nations should continue and not be hostage to the actions of the terrorists/spoilers,” said the joint statement of the Common Destiny experts.

The prevalent view in India continues to be that even if Pakistan has paid a heavy price for terrorism, the terrorists are generated within Pakistan; they don’t go in from India unlike the Mumbai attackers who came from Pakistan – as someone said at a live discussion on Barkha Dutt’s show on NDTV last night that I participated in (incidentally, Pakistan allows live uplinks to India, a facility which is not reciprocated).

I responded that these terrorists and criminals within Pakistan operate outside the government. If sections of the ‘establishment’ still support these elements, they do so at odds with the present government. That is the conflict within that we face.

Yes, at one time the Pakistan government used jihad as a foreign policy instrument. But just as you shouted futilely against the nuclear tests, we shouted against that policy. Just as you were unsuccessful, so were we.

Another participant, Prem Shankar Jha, wisely observed that India not dialoguing with Pakistan reduces the capacity of the Pakistan government to deal with these elements. A democratic political process is the only way to defeat them in the long run.

I am heartened by the Thimpu meeting where both our prime ministers agreed to take the dialogue forward. I hope that they will not allow the media and the right-wing lobby to sabotage the process again.