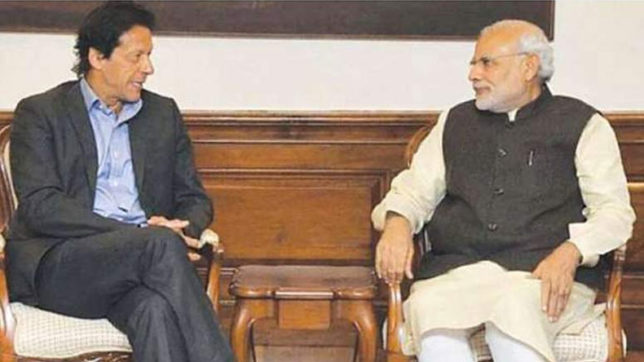 A media statement from the Pakistan-India Peoples’ Forum for Peace and Democracy (India Chapter) welcome the statement of Imran Khan, Pakistan’s newly elected Prime Minister, that his government would “want to improve our relations with India”.

The statement, from the largest people-to-people lobby group in the region, comments that Khan has rightly noted the pointlessness of the “blame game that whatever goes wrong in Pakistan’s Baluchistan is because of India and vice versa”. This attitude, he correctly states, has stood in the way of meaningful dialogue.

He has made it clear that he would like the leaders of India and Pakistan to resolve all disputes, including the “core issue” of Kashmir, through talks, that the blame game between the two neighbours, detrimental to the subcontinent, should stop, says PIPFPD.

The India-Pakistan peace group says that Khan’s statement is significant particularly in the context that relations between the two countries have reached its all-time low in recent years with no bilateral talks taking place. It notes that violations of the ceasefire agreement of 2003 in the Jammu and Kashmir region have caused “immense sufferings to the residents of the border region” on both sides.

“The failure of both countries to systematically assess the causes of ceasefire violations has resulted in both governments adopting policies that have been unsuccessful in curtailing recurrent violations. Ceasefire violations have the potential to not only spark bilateral crises but also escalate any ongoing crisis, especially in the aftermath of terror incidents,” says PIPFPD.

“We have also seen that the 2003 Ceasefire Agreement tends to hold when a dialogue process is under way between India and Pakistan on key disputes, and all local factors seeming to have little or no influence under such a positive environment. Indian Government must engage with the newly elected Government of Pakistan to assure return to normalcy and positive engagement.

The statement concludes by noting that “a positive response will ease out the current negative visa and trade regime and will also save the miserable lives of hundreds of fishworkers and other prisoners, in each other’s prisons. An unconditional and open dialogue, is the way forward”.

South Asians in Canada turn out for Afridi and a good cause In New York, a unique India-Pakistan art exhibit