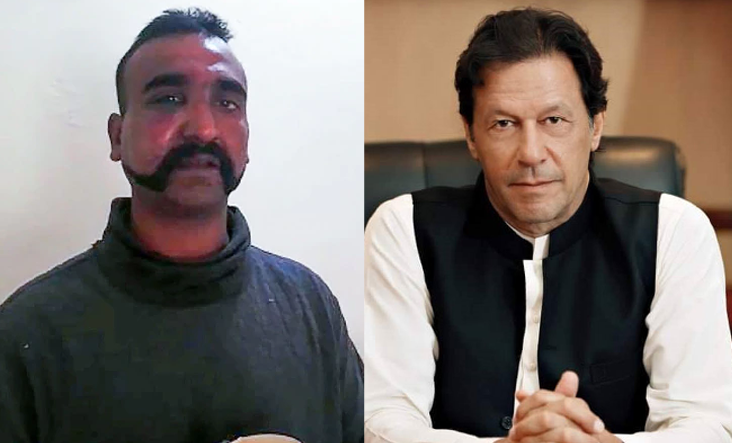 The pilot was captured by Pakistani forces after his jet  was downed Thursday.

The prime minister was giving a policy statement at a joint sitting of  both houses of parliament  convened to discuss the situation that has emerged after India’s intrusion of Pakistan’s airspace .

He said even before being sworn in as prime minister in July, he had said that Pakistan would take two steps towards India if India takes one steps towards it, because of the poverty in both nations.

Khan once again raised the question of what his country was supposed to gain from the Pulwama attack which India blamed on Pakistan “within an hour” after the attack.

He said he has tried to contact his Indian counterpart after the incident. “Tension neither  benefits Pakistan nor India,” he said.

He said Pakistan and India should not even think of a war with kinds of weapons they  have in their possession.

Extracted from report in The News, Pakistan

Indian, Pakistani students and staff at Harvard demand peace Dear leaders, please come up with a solution beyond playing war-war