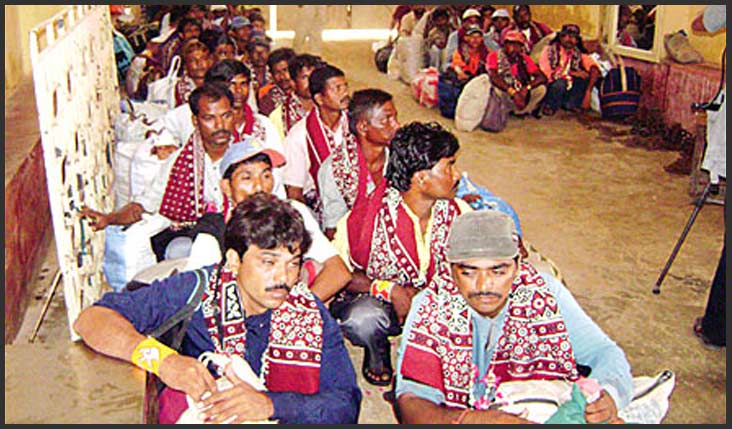 Pakistan’s repatriation of hundreds of arrested Indian fishermen raises hopes that India will reciprocate. But unless the two governments change their policies, the vicious cycle will continue

As we welcome Pakistan’s repatriation of 442 arrested Indian fishermen. And let us remember that the Pakistani and Indian fishing communities along the shared Sindh, Balochistan and Gujarat coastline continue to risk harassment, arrest and detention by the other country on charges of border violation.

The Sindh government ordered the release of Indian fishermen in Pakistani prisons who had completed their sentences, following a Supreme Court (SC) order in response to a petition filed by the Pakistan Institute of Labour Education and Research (Piler) and the Pakistan Fisherfolk Forum (PFF).

But releasing these fishermen does not resolve the issue, the root of which essentially lies in poor relations between India and Pakistan.

For the past 64 years, despite many diplomatic, formal and informal moves, India and Pakistan have yet to come to an agreement on the international boundary in Sir Creek, a shared 60 mile long estuary in the Indus Delta on the border of India and Pakistan.

With no other source of income and the general lowering of water levels in the Indus delta (the current unprecedented floods are an aberration), Pakistani fishermen are forced to venture further out at sea to earn their livelihood. They also fish in the 17 big creeks of the Indus River, including Kajhar, the last creek in Pakistani territory, near Sir Creek. Indian border forces often arrest them in or around this non-demarcated area, charging them with border violations and also sometimes, terrorism. Life for Indian fishermen is no less perilous.

Since 1988 India and Pakistan have periodically released arrested fishermen under an Exchange Protocol – like “prisoners of war” says Mohammad Ali Shah of the Pakistan Fisherfolk Forum.

The last major exchange took place in November 25, 2008 when Pakistan released 99 Indian fishermen, and India released 31 Pakistani. There are generally more Indian fishermen in Pakistani prisons than the other way around, partly because the Indians follow shoals of fish heading west, and partly because their boats tend to be manned by younger, more inexperienced fishermen, say observers.

On July 25, 2010 India arrested eight Pakistani fishermen onboard a boat named “Mashallah” along with their belongings, worth lacs of rupees. The boat had left for the deep sea three days earlier from the coastal village of Thatta. Pakistan alleges that the Indian Maritime Agency violated Pakistan’s territorial waters while capturing the boat and arresting the fishermen.

The UN convention on the Law of Sea (UNCLOS), 1983 states that “Arrested vessels and their crews shall be promptly released upon the posting of reasonable bond or other security. And, Coastal State penalties for violations of fisheries laws and regulations in the exclusive economic zone may not include imprisonment, in absence of agreements to the contrary by the States concerned, or any other form of corporal punishment.”

Pakistan and India blatantly flout this protocol. India’s arrests are often made under its local Maritime Zones India (MZI) Act, 1981, which states: ‘…where such contraventions takes place in any area within the territorial water of India, be punishable with imprisonment…”.

According to a study titled State Violations of Livelihood Rights: Imprisonment of Indian and Pakistani Fishermen (Piler, 2007), even the MZI Act 1981 which counters the UN protocol, incorporates some leniency towards fishermen who mistakenly enter India’s maritime border. Yet straying Pakistani fishermen rarely benefit from this leniency. This is also the case with Indian fishermen found in Pakistani waters.

The cross-border arrest of fishermen continues unabated. The arrested men often spend years as undertrial prisoners, or remain in prison for years after having completed their sentences. Many allege that these arrests are a thriving business, with the border forces of both countries sharing proceeds.

Fishermen on both sides belong to families that have earned their livelihood from the sea for generations. They don’t know any other business. They are poor, usually illiterate. In Pakistan, they earn at most Rs. 300-400 a day and often have to take loans to get by. After years in prison, their incomes have not increased.

Pakistani fishermen released by India narrate stories of torture, abuse, shabby jail cells, insufficient medical cover and sub-standard food in Indian jails. All say they were unaware of having crossed the maritime border and had perceived themselves in their own waters when the Indian Naval coast guards arrested them for border violation.

With no visible demarcation defining the maritime border, or navigational equipment fishermen on both sides often unknowingly find themselves on the other side, drawn by tides and winds and the lure of the catch.

PFF President, District Thatta, says that the Maritime Security Agency and the Pakistan Naval Coast guards should warn fishing boats that wander near the border. “Although fishermen sometimes risk their lives in search of bigger catch, the Pakistani fishermen use small boats which cannot venture into Indian waters which are very deep,” he said. “The good thing is that at least the two governments now exchange annual lists of those arrested and work for their release, unlike the Zia years when arrested fishermen would languish in jails for 11 years or more. This is all due to the involvement of civil society organisations and local and international NGOs.”

“Earlier, the fishing families used to keep quiet when their relatives were arrested,” says Tahira Ali, Senior Vice Chairperson of PFF. “We went to these areas, gathered the people on one platform and mobilised them to speak out. In 2008, we arranged a training programme for affected families at Baba Island. They came to Karachi and protested, building pressure on the government. Around 22 fishermen were released after that. It is due to these constant protests that the two governments have at least started acknowledging these arrests.”

“Arrested fishermen are not criminals. They should be dealt with respect,” asserts PFF spokesman Sami Memon. “Initially, when prisoners were released at the border, officials would shave their heads to humiliate them and emphasise their guilt. The fishermen and their families were made to internalise feelings of guilt and shame. We have turned them into Hajis.”

PFF receives fishermen who are released from India with ajraks and flowers at Wagha border. They also started the practice of taking fishermen’s families and community members to the border to receive the released prisoners.

It is time now for the governments to change their policies and resolve their tensions for which the poor fishermen on both sides continue to pay such a heavy price.