Ramesh Arora: The other Singh Saab 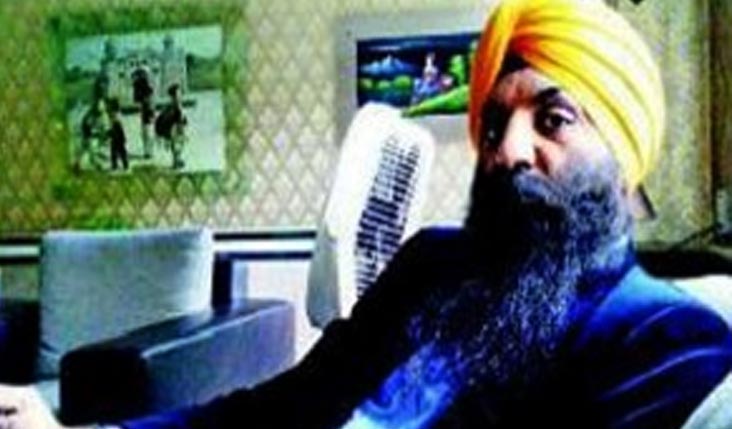 Gopal Singh Arora’s brothers thought he was crazy to stay back in Pakistan during the post-Partition riots. But his closest friend, Hayat Khan Baloch, had left him with no other option. If you leave, Baloch told him, you will have to either behead me or take me along.

Most of Arora’s relatives had by then migrated to India, though not before warning him against staying back. But Arora and his sons not only stayed put, they went on to do reasonably well in agriculture and contract work. And now many years after his death, Arora’s decision to stay back has been vindicated with his grandson achieving a rare milestone. In June, Ramesh Singh Arora became the first Sikh assembly member of Pakistan’s Punjab province. Ramesh believes he owes his achievement to his grandfather’s deep love for his friend. “They were like brothers,” says Ramesh.

Arora and his family stayed on in Lyallpur (now Faisalabad) and then moved to Nankana Sahib, a holy city for Sikhs, in 1965. Ramesh spent his childhood there and was educated there. He received his master’s degree from Lahore’s Punjab University in 1997, and then started working with the World Bank as a microfinance and institutional development specialist.

Ramesh, who set up an NGO in 2008, credits Ahsan Iqbal, the Pakistan Muslim League (Nawaz) leader and federal minister, with launching his political career. Iqbal also helped him get an assembly nomination.

There is another interesting story how that happened. “When the head priest of Golden Temple, Giani Jaswinder Singh, visited the Punjab Assembly (in Lahore), he asked speaker Rana Iqbal how many khalsa (Sikh) members it had. None, the speaker had replied, but he promised that the next assembly would at least have one,” says Ramesh.

Punjab province is significant for Sikhs because some of their holiest shrines are located here. Also, Lahore was the seat of Sikh imperial power – Ranjit Singh ruled from here, exercising control over his vast kingdom.

The passage of the Sikh Marriage Act is among the politician’s priorities. “It is being processed while the Hindu Marriage Act is almost done,” he says. He is hopeful that the two legislations would be a reality within a year.

Minorities in Pakistan are mostly in the news for being victimized. But, says Ramesh, Prime Minister Nawaz Sharif has a soft corner for minority communities. “He has created a special minority development fund and Rs 200 million has been allocated to each minority legislator for this.”

Ramesh, who visits India often, cites the nomination of Hindu legislator, Kanji Ram, in Punjab as another example of Sharif ‘s concern for minorities.

The Sikh population in Pakistan is concentrated in Khyber Pakhtunkhwa, where another Sikh lawmaker, Suran Singh, is minority affairs advisor. “We are both committed to the betterment of Pakistan,” says Ramesh.

Pakistan, India and Aman ki Asha: The year that was, and looking ahead 'Love goes beyond boundaries'