Remembering Bhagat Singh through his ideology 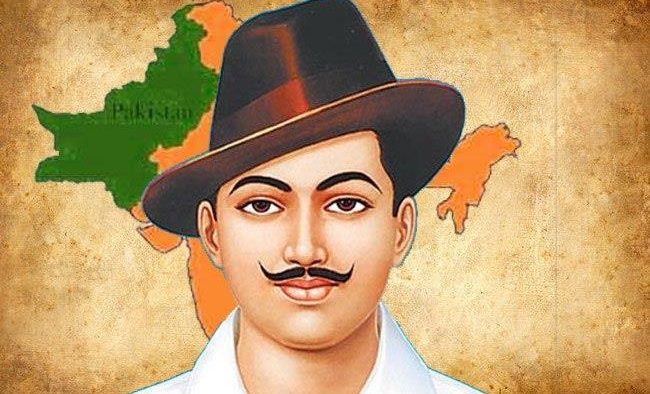 This year marks 90 years since Bhagat Singh’s death. Hanged in Lahore, 1931 for killing a British policeman, he still lives through his ideology. He believed in revolution against the forces of fascism, nationalism, exploiters and the elite class that controls the masses. He focused on not just overthrowing imperialism and the British Raj, but also on the true emancipation of humanity through an International Marxist revolution.

At a webinar earlier this month titled Bhagat Singh Tu Zinda Hei (Bhagat Singh you are alive); Revolutionary legacy and contemporary issues of Post-Colonial subcontinent the Pakistan India People’s Forum for Peace and Democracy (PIPFPD) remembered him as a martyr. This people-to-people organisation launched in 1994 has been struggling to highlight issues of people in India and Pakistan on both sides of the border, facing hurdles set up by the states.

Moderated by Lalita Ramdas, a community educator and environmental activist from India, the participants talked about Bhagat Singh and his significance to people on both sides of the border.

Dr Shahram Azhar, Assistant Prof. of Economics at Bucknell University and founding member of the Band Laal, spoke about three crises that India and Pakistan have both faced since Partition.

•       The first crisis is a gigantic ecological crisis. Environmental experts estimate that the world has eight or nine years to save the planet. In terms of air quality in the climate index, New Delhi and Lahore are amongst the worst cities in the world. Both countries are currently experiencing devastating heat waves with hundreds of thousands of people dying every year and millions being displaced.

•       The second crisis is that of democracy which is tied with income and wealth inequality. Thomas Piketty, a leading scholar and economist from France, has demonstrated very convincingly using tax records that India today is more unequal than it was during the British Raj. This takes us back to Bhagat Singh’s ideology. He believed that a mere replacement of one ruling class with another would not solve the problem and he has proved to be right. Democracy in both countries is in a state of retreat. In Pakistan, the “establishment” makes arbitrary decisions about which section of the political elite can rule the country. Smilarly in India the rights of the minorities are in a state of massive retreat.

•       The third crisis is the lack of inter-community harmony. Minorities in India, Pakistan and Bangladesh live in a state of anxiety that no human being should live through. Why is inter-community harmony in a state of perpetual retreat? Bhagat Singh had argued in the 1920s that capitalism results in waste and ravages the environment. If you live in a world where there is so much wealth and income inequality, it is not possible to have a society that is not angry and violent.

The caste system which Bhagat Singh stood against also continues to exist even after so many years, pointed out another speaker, activist and artist Jyotsna Siddharth. “Why are we calling another person as Untouchable? And why are people who call other people Untouchable glorified, given all kinds of accolades in achievements, but those who are called Untouchables are always sort of there in that space to prove that they are not.”

“We need to write the history of love and history of resistance. All our romantic experiences are caste experiences and that’s something we don’t realize enough, because the moment you love someone and you introduce them to your family or friends, there’s always a question of konsi jati Ka hai, dharam konsa hia. Love is not anything like what we see in movies, it is far more complex.”

Peace activist Saeeda Diep from Pakistan commented that following Bhagat Singh’s ideology would lead to things being different. “Unfortunately, we don’t find his struggle in our textbooks”, she noted. It was only later in life that “we came to know about his principles, struggles and how intellectually enlightened he was.”

“It’s time we need to rise above our religious and ethnic identities, work towards humanity and radical love. We should follow his ideology which will be the best tribute we can give him.”

India-Pakistan peace group urges Indian government to accept the Edhi Foundation’s offer of help Dialogue is necessary for conflict resolution, not the other way round – I.A. Rehman’s last interview