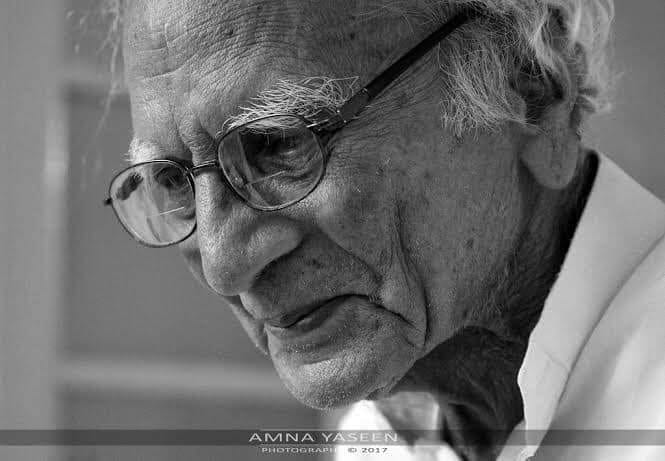 Text of the statement below:

Since 1990, India has been facing a mass revolt in Kashmir for Aazadi. After the election coup by Delhi that upset the political resistance in Indian administered Jammu & Kashmir, the revolt was taken over by local militants. In order to supress the movement, Indian government saturated the valley with military and paramilitary forces, empowering them to use maximum force against the people. Pakistan government had initially responded by aiding the Kashmiri militants and then facilitating non-Kashmiri Jihadi groups to infiltrate the valley.

As violence spiralled, India accused Pakistan of conducting a “proxy war” and Pakistan blamed India of mass killing of Kashmiri Muslims. The communal angle was completed by the facilitated exodus of Kashmiri Pandits. By 1993, the relations between India and Pakistan had reached its nadir, jingoistic sabre rattling was the language of cross border communication, and diplomatic channels of exchanges atrophied. The spectre of war loomed large on the horizon of India and Pakistan.

It was at this critical juncture that Dr. Mubashir Hasan and a group of his friends took the initiative to come to India to appeal to Indian political leaders, academics and civil society actors to initiate a people to people dialogue for peace. He said, when the governments do not talk to each other, it was necessary for the people to take the initiative to begin a cross border dialogue for peace.  He had argued that we should not let a handful of military-civil bureaucrats and politicians decide the destiny of a billion plus people of the subcontinent. People needed to intervene immediately to stop this madness and hatred from spreading.

The visit of Dr. Hasan to India in 1994 led to the formation of Pakistan-India Peoples’ Forum for Peace and Democracy (PIPFPD). He was the main spirit behind the initiative. It was a totally unique idea at a time when even exchange of newspapers between the two countries was blocked. It would be completely different from the track-two dialogue forums which were essentially statist and elitist.

The proposal was a bold intervention – a joint India-Pakistan forum involving ordinary people. It was characteristic of Dr Hasan who always believed in the power of the people whether as a founder of Pakistan Peoples’ Party and as Finance Minister in Zulfiqar Ali Bhutto’s government.

Indeed when Bhutto was challenged by the Pakistan National Alliance after the election of 1977, Dr. Mubashir Hasan publicly advised him to mobilise the peasantry and the working class in his fight against the right wing parties who had outfitted themselves in religious robes. Unfortunately, Bhutto declined his advice.

The Forum was inspired by the same faith in peoples’ power. From 1994 onwards the PIPFPD met regularly, holding massive conventions in both countries, despite attacks by right-wing media on both sides and suspicion of state agencies. In 1994-95, when the situation in Kashmir was extremely volatile, the PIPFPD at its Delhi and Lahore joint conventions, attended by hundreds of Indian and Pakistani civil society actors, adopted a resolution on Kashmir calling on Pakistan to end its material support to the militancy and asking India to withdraw its Army from civilian areas and end the human rights abuses there.

PIPFPD called on the two governments to recognise that Kashmir was not merely a territorial dispute between the two states, but concerned the aspirations and lives of the people of Jammu and Kashmir on both sides of the line-of Control. It called for establishing cross-LoC contacts and for involving the people of all regions of J &K to search for a peaceful democratic solution to the dispute.

PIPFPD has all along held that war and attempts to create war hysteria should be outlawed and the process of de-nuclearisation and reversal of the arms race should be started. In 1994, PIPFPD had pointed out the need for curbing religious intolerance as these tendencies create social strife, undermine democracy and increase the persecution and oppression of disadvantaged sections of society.

Over the past three decades, PIPFPD has held several large conventions in major cities in both countries. Participants included hundreds of representatives of the human rights movement, workers organisations, peasant movement, women’s movements, environment movement, cultural activists, professionals, academics, scientists and former civil servants and soldiers of India and Pakistan. It brought together persons well known for their commitment to peace, equity and social justice, communal amity, democracy and people’s solidarity in the sub-continent.

PIPFPD played an important role in creating a cross border peace constituency. The steadfast commitment and guidance of such a tall figure as Dr Hasan was crucial in navigating PIPFPD during difficult moments in Pakistan-India relations.

Most recently, after the terrorist attack on a CRPF convoy in Pulwama in February 2019 and Indian air strikes deep inside Pakistan’s territory, members of PIPFPD from both sides of the border strongly condemned the violation of the Line of Control by India. They called upon the governments of India and Pakistan to initiate meaningful dialogue involving Kashmiri leadership from both sides to resolve the political dispute.

The PIPFPD in a statement released from Lahore and New Delhi said, “We note with seriousness and strongly condemn the Indian air strikes and bombing in settled districts of Pakistan beyond the Line of Control. We demand both governments of Indian & Pakistan to show restraint and avoid any war-like situation. We further demand immediate measures from both sides to de-escalate the situation and de-militarize borders by withdrawing troops to the peace time level.”

Mubashir Hasan continued to remain active even after he was confined to bed by severe lung infection and asthma. After Indian government enacted the Citizenship Amendment Act, he issued a joint statement with 14 other South Asian intellectuals which said, “If the New Delhi authorities were seeking security for religious minorities in the three selected countries, they should have engaged in a sustained diplomatic effort. We believe that, with its action, the Government of India has made religious minorities in the three countries more vulnerable than before.”

Dr. Hasan held that the ruling elite of India and Pakistan were “mere clones of their colonial predecessor”, and their main objective was to remain in power by denying the real aspirations of their citizens. The PIPFPD was guided by Mubashir Hasan’s view that the only hope for the South Asia lay in the awakening of people and assertion of their sovereign rights. As his lifelong friend and comrade I. A. Rehman wrote, “Even during the last days of his life, when he could barely speak, he would ask his friends, when the people will rise to shake off this oppressive system”.

Dr Mubashir Hasan is survived by his wife, Dr Zeenat Hasan and a large number of friends, admirers and disciples in India and Pakistan. PIPFPD joins the thousands of people, his friends and extended family in paying tributes to this South Asian legend, whose humility, vision, political acumen and faith in people’s power will be remembered by generations to come.

Today, when the two countries have stopped issuing visa, and anyone who talks of peace is being called an enemy agent, Mubashir Hasan’s bold step to visit India in the teeth of opposition and threats, beckons us to follow his lead.

Dr. Mubashir Hasan is no more. His spirit and vision remains with us. It is now the task of the peace activists of the subcontinent to fulfil his dream. PIPFPD pledges to take forward this battle for peace and democracy, with every progressive individual and organisation in the region.