Retired officers and a vision for peace 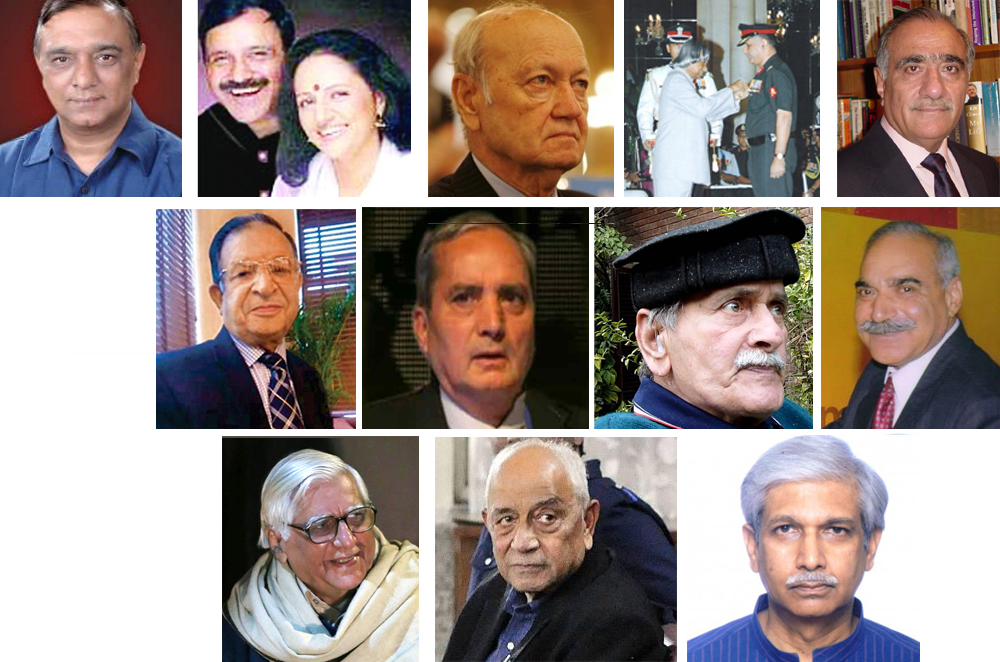 A young writer whose father served in the Pakistan Army reflects on issues highlighted by a peace resolution endorsed by a range of prominent people, including retired military officers

My father served in the Pakistan Army for 20 years before I was born. I knew of his past in the armed forces from as early as I can remember. However, it was only when I was 16 that I learnt about his birthplace. I was filling out a visa application form that required his place of birth.

I remember how strange those words felt. I was aware of Partition and its realities but I hadn’t realized that it personally impacted my family too.

Today, reflecting on these issues, I wonder if it was my father’s Indian heritage that prevented him from spewing animosity against India. After all, the country serves as Pakistan Army’s traditional and most long-standing foe. Many army officials I have interviewed over the years have been crystal clear about their negative sentiments regarding the neighbor to the East. Just this month a retired Major had told me, “India is nothing but our enemy. We must never forget that.”

Over time, I have come to realise that there are many others in armed forces on both sides of the border who understand that while national security is of paramount importance, good India-Pakistan relations are as essential for regional stability and progress. They realise the futility of tit-for-tat warmongering and are concerned every time tensions escalate on the international border, the working boundary or the Line of Control.

I mention these army officials here because I believe they can play a central role in promoting peace between India and Pakistan.

Over the past few weeks, at least a dozen personnel from the armed forces have come forward to sign a statement titled Resolution for peaceful relations between India and Pakistan: Make dialogue uninterrupted and uninterruptible – demanding an end to hostility and advocating for ongoing peace-building mechanisms between the two countries.

Over 900 Indians and Pakistanis have also endorsed this resolution, initiated by a group of individuals who are working under the banner of Peace mongers – AmanParast or AmanPasand in Hindi/Urdu. Their goal is to urge India and Pakistan ‘to take all steps possible towards improving relations’.

Such resolutions are not new. Every time India and Pakistan clash, civil society actors vocalise their dissent and urge their countries to act in a responsible manner, encouraging dialogue and condemning aggression on both sides. However, often these petitions and protests are limited to a certain segment of society. These people are stereotyped as the ‘romantic’ types who wear rose tinted glasses and are far removed from issues of national security and defence. Many scoff at their efforts and some even go as far as to label these groups and individuals as anti-nationals.

Recently, when an Indian soldier’s daughter openly advocated for Indo-Pak peace despite losing her father to the Kashmir conflict, she had to suffer an onslaught by Indians who saw her as anti-national. A BJP lawmaker even compared her with Dawood Ibrahim, cynically tweeting that ‘at least Dawood did not use the crutches of his father’s name to justify his anti-national stand.’

Meanwhile, when Pakistan talks of peace with India, a certain lobby starts to allege that the government is going against the interests of the nation. In 2011, when Pakistan granted India the most favoured nation (MFN) status, Jamaat-ud-Dawa (JUD, that many see as a whitewashed version of Lakshar-e-Taiba) organised country-wide protests. The organisation has also run a rickshaw campaign, with banners reading, ‘Bharat se rishta kya? Nafrat ka intikam ka!’ (What is our relationship with India? Hatred and revenge).

What then stands out in this resolution is the diversity of people who have endorsed it. Historians, intellectuals, politicians, poets, writers, musicians and actors have supported the resolution. Among the hundreds of signatories, some prominent names include Romila Thapar, Ayesha Jalal, Mani Shankar Aiyar, Asma Jahangir, Omar Abdullah, Noam Chomsky, T.M Krishna, Gulzar, Naseeruddin Shah and Mahesh Bhat.

No end in sight

The resolution has also been endorsed by representatives of the India Pakistan Soldiers Initiative for Peace (IPSI) and by the chairperson of War Widows Association, India.

These retired military officials are people who have spent their entire lives securing their nation-states. Conventionally speaking they are the vanguards of national interest. And their families have all-too-often had to sacrifice family members because of Indo-Pak antagonism. Yet, they recognise the importance of sustaining dialogue and strengthening peace-building mechanisms between India and Pakistan.

Talking of peace does not make one anti-national; instilling hatred and breeding intolerance, advocating war, diverting funds from education and healthcare is what goes against the nation’s interest. That is exactly what has been happening over the past 70 years, with no end in sight.

The signatories realise that something has to change. The status quo is not working in either country’s – nor their citizens’ favour.

The resolution asserts that ‘In the 70 years since independence and Partition, the people of India and Pakistan have seen too many conflicts and the loss of many valuable lives. Enough of the distrust and tensions. Those who suffer particularly are ordinary people denied visas and those in the conflict zones, especially women and children as well as fishermen who get routinely rounded up and arrested for violating the maritime boundary’.

The statement reminds me of the divided families I have interviewed in and around Punjab and Kashmir over the past few years. I think of the Indian citizen Shireen (name changed to protect identity) and her Pakistani sister Amy (name changed to protect identity) whose fates were sealed at Partition, forcing them to live on separate sides of the border for decades. They told me that each time Pakistan-India relations worsened, they couldn’t get a visa, they couldn’t travel to see each other. Years would pass by in the midst.

I think of Malik Siddiqi (name changed to protect identity) who could not travel back to his hometown in India to attend his parents’ funerals because of visa issues. I think of Tina Vachani, who at the age of 14 was separated from her family in Karachi and never had the chance to embrace her father again, who died soon after. And I think of the Kashmiri refugee families, whom I met in Muzaffarabad. They had come to this side over 20 years ago, leaving several family members behind in the frenzy, hoping against hope that the Kashmir dispute would be resolved and they would return home. More than two decades later, they continue to live in deplorable icy-cold, one-room dwellings.

These are all nationals of India and Pakistan, many of them patriotic citizens, many of them apolitical, just wanting to live in their respective countries in peace, simply longing to meet family members and friends across the divide without obstacles.

This people’s resolution is one such effort to ease the pain of countless such Indians, Pakistanis and Kashmir’s. Peace is in the interest of these people, and in the interest of both nations. Intellectuals, historians, peace activists, artists, writers and educationists realize that, as do many in the armed forces. When will their resolve be enough to truly change things around?

Islamabad-based researcher Anam Zakaria is the author of The Footprints of Partition: Narratives of four generations of Pakistanis and Indians. Email: [email protected]

2 thoughts on “Retired officers and a vision for peace”