Revisiting the partition of Punjab 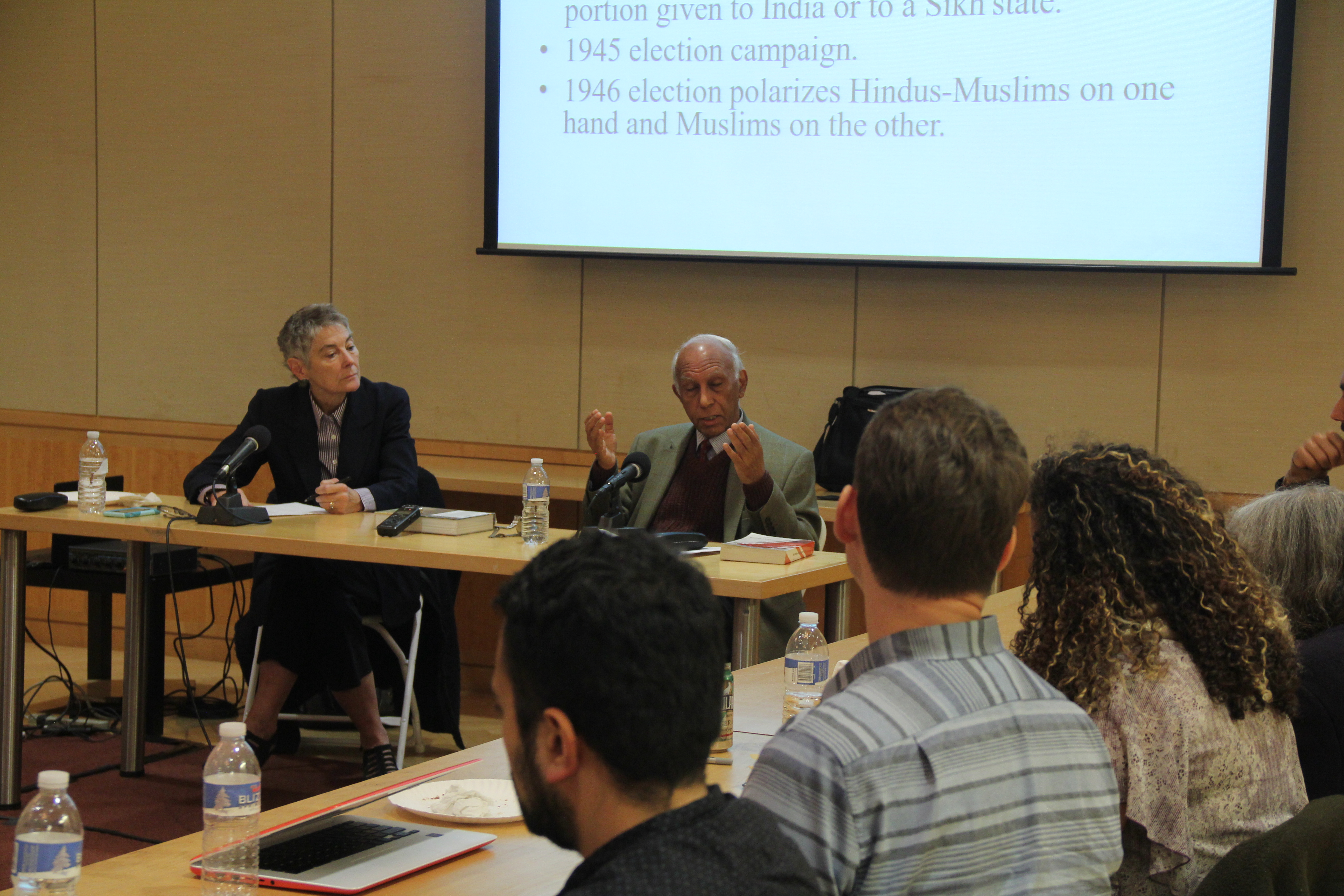 A seminar at Harvard University recently focused on the partition of Punjab, part of a series marking India and Pakistan’s 70 years of independence from British rule

Behind Ishtiaq Ahmed’s award-winning book on the partition of Punjab lie twelve years of painstaking research conducted in both. Professor Emeritus of Political Science at Stockholm university in Sweden, Prof. Ahmed, whom I have known for over 30 years, is originally from Lahore.

Prof. Ahmed, who traveled to both Pakistan and India to research this book, Punjab: Bloodied, Partitioned and Cleansed (Karachi: Oxford University Press, 2012), was in Boston recently for a seminar, part of a series of talks at Harvard University’s South Asia institute to commemorate 70 years of India and Pakistan’s independence.

Using empirical evidence and the theory of ethnic cleansing, Prof. Ahmed at his talk before a highly engaged audience spoke about how and why the Punjab was bloodied (March 1947), partitioned (end of March to 17 August 1947) and “cleansed”. He started by enunciating the liberal Hobbesian framework of political theory, that there is a war of “all against all” in the state of nature. People compete against each other for their own interests and the civil state mediates this through social contract. If the civil state collapses, the society degenerates into chaos and “all against all” war. However, contrary to what some believe, there is no evidence to suggest that this is what happened in Punjab in 1947.

In the Punjab, he said, the state became partisan. State institutions like bureaucracy, police, military, and non-state goondas (thugs) actively engaged in killing between one and three million people, and forced 10-18 million to leave their homes. There are no definite figures, said Prof. Ahmed, because the states of both India and Pakistan are complicit in the violence. “They are not interested in finding out, because it will also raise questions of accountability”. There is thus a deathly silence about the issue in official circles. But the people of Punjab on both sides are still talking about this trauma even 70 years later.

Prof. Ahmed’s research included examined government documents, confidential reports, police reports, internal memos and communications amongst government officials, their communications between leaders of Congress, Muslim League and others, and interviewed partition survivors. According to his findings 95 percent of the people had nothing to do with Partition or the killings. All this was done by “a miniscule minority on both sides” which was very well organised.

The perpetrators had weapons and knew where to hit. State machinery on both sides was complicit. For example, Sardar Patel on the Indian side armed private armies to “cleanse” east Punjab of Muslims, while in Pakistan “the highest levels” gave a green signal to attacks on Hindus and Sikhs. He gave the example of an attack on a gurdwara outside Lahore.

The man who led this attack told Prof. Ahmed that he had the blessings of the authorities. One division of army was just two miles away, but no one issued an order to stop the carnage. It reminded me of the massacre of Sikhs in Delhi and other places in 1984, and the massacre of Muslims in Gujarat in 2002.

Prof. Ahmed also countered the theory that Jinnah never wanted Pakistan but a united India, and that it was Congress leaders who did not budge and forced Jinnah’s hand. Nothing could be further from truth, he said, adding that his new book on Jinnah will dispel these myths.

As late as 1945 March, the British wanted a united India, to use the Indian army as a bulwark against the Soviet Union, said Prof. Ahmed. He quoted from a report of the commander in chief of the army, who opposed the idea of division as that would meant division of military, which would weaken them against the Soviets. The British had no plan to leave India for at least 30-40 more years. But the Second World War broke the back of the British. They did not have money to pay the soldiers — America paid some soldiers’ salaries. In 1946, they decided to divide India in 1948 but brought the date forward to 1947.

Prof. Ahmed said that the leaders of Congress and Muslim League wanted Partition. Surprisingly, so did the Communist Party of India (CPI) and Dr. Ambedkar. The first two made sense as they did not care about the people, said Prof. Ahmed. For example, he said, Jinnah in answer to a question in Kanpur said that he did not mind sacrificing a third of Muslims for the freedom of the other two-thirds, while Nehru and other Congress leaders were similarly unconcerned about the people.

At the discussion following Prof. Ahmed’s talk, someone asked why Gandhi did not go on a fast to oppose Partition — he had earlier said that it would take place over his dead body? By 1945-46, responded Dr. Ahmed, nobody in Congress was listening to Gandhi, whose letters take note of this. Gandhi also did not want to go against the Congress Working Committee, which had accepted Partition. There were demands within Congress to discuss the issue, but Nehru, Patel and others opposed this. So Partition was forced upon the people by the British, leaders of Congress, Muslim League, CPI, Akalis and others, a very tiny minority.

Prof. Ahmed’s book is available on line in Gurmukhi, Shahmukhi, Punjabi, Hindi, Urdu and is being translated in many other languages. “I want people to know the truth”, he said, explaining that these translations are available free online.