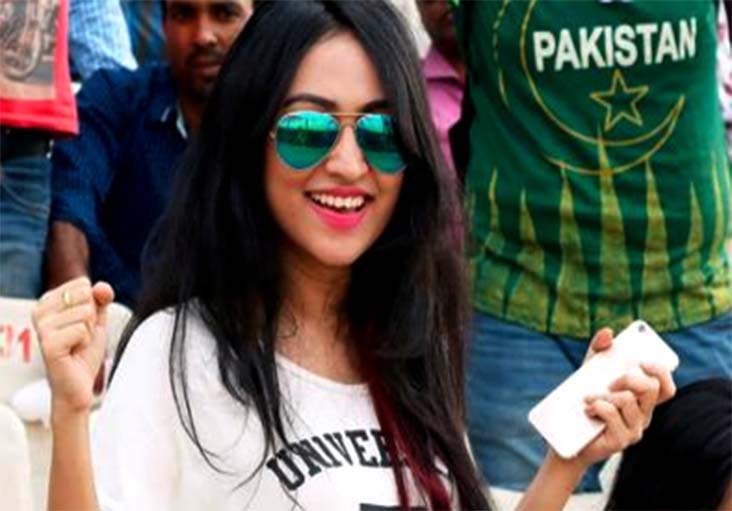 NEW DELHI: Rival cricket fans from India and Pakistan have switched sides on social media ahead of a hotly awaited World Twenty20 clash, in protest over long-running tensions between the nuclear-armed countries.

Fans from the cricket-mad nations have swapped support for their teams on Facebook, with Indian and Pakistani users posting profile pictures with their rival’s colours.

The hashtag “ProfileforPeace” was trending on Facebook ahead of Saturday’s match, whose build-up has been mired in controversy over security arrangements for the Pakistani team.

Facebook chief Mark Zuckerberg said he had been bowled over by the move.

“Something pretty interesting is happening in India and Pakistan on Facebook right now,” Zuckerberg said in a post.

“Hundreds of thousands of Indian cricket fans are putting the Pakistani frame around their picture. And Pakistani fans are doing the same thing — showing support for India.”

Mumbai-based artist Ram Subramanian, who changed his colours to those of Pakistan, said he hoped the trend would make both governments realise that many Indians and Pakistanis do not hate or mistrust each other.

“India and Pakistan need to have a conversation. How long are they going to keep this (tension) going?” the 37-year said.

Subramanian said he started a ProfileforPeace trend last October after a right-wing Hindu group forced the cancellation of a visiting Pakistani singer’s concert in Mumbai.

His changed his profile picture to one of himself holding a note that read “I don’t hate Pakistan”.

The trend comes after Pakistani skipper Shahid Afridi was criticised over his declaration that Pakistan’s cricketers receive more love in India than back home.

The comments raised eyebrows as Pakistan’s buildup to the tournament has been embroiled in controversy over whether they would be allowed to travel to India because of security concerns.

They agreed to make the trip only after negotiations with India over security arrangements and the shifting of their match against the hosts to Kolkata from Dharamsala.

India and Muslim-majority Pakistan have fought three wars since independence in 1947 and diplomatic relations remain tense.

India suspended bilateral cricket with Pakistan after the deadly 2008 Mumbai attacks which New Delhi blamed on militants based across the border.

Ehsanullah Shah, a lawyer from Lahore, said changing his profile picture to India was a chance to promote peace.

“I have a lot of friends who’re Indians, I love them to bits, and I’m all for peace between us as countries,” the 30-year-old told AFP.

“So if I was given the opportunity to show these two things, my love for my friends and for peace; well I’m not one that lets these opportunities get by.”