Sending some love across the border 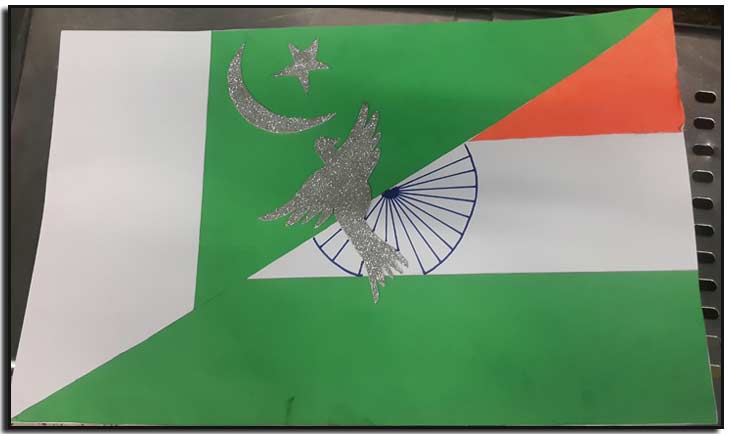 Where there’s a will, there’s a way, even if you leave things to the last minute

When Indian businessman and entrepreneur Samir Gupta, decided on Aug 13 to send mithai and greeting cards to friends in Lahore for Pakistan’s Independence Day on Aug 14, he didn’t have much time to make it happen.

Getting into it: Manoj Deora of Bikanervala sweets, Ghaziabad

He also didn’t expect the kind of response he got from colleagues, students and shopkeepers that enabled him to do it.

Fellow peacenik and businessman, Parmod Pahwa agreed to travel to Lahore for this purpose. A Pakistani friend, the well-known activist Saeeda Diep in Lahore said she would send reciprocal sweets and cards back with Pahwa, greeting Indians for their Independence Day.

Another friend, Parshu Narayan, who owns a brand management company, dropped everything to get a greeting card made in double quick time.

At the Ingraham English Medium School in Ghaziabad, the town near Delhi where he lives, he was taken aback by the overwhelmingly positive response he encountered when he asked if students would make greeting cards to send with the sweets.

“We wish the people of Pakistan peace and prosperity and we pray for a good, healthy relationship of our two nations,” Mrs. A. Edward Coordinator of the school told him.

“Some students even stayed back after school hours to work on the cards,” he says.

At the Bikanervala sweet shop in Ghaziabad, the shopkeepers initially refused to take his order, saying they needed 48-hours notice.

However, on learning what it was for, the co-owner Manoj Deora not only got the sweets decorated with Pakistan flags made within four hours but also sent a runner to Delhi, driving at least an hour and a half each way, to pick up the material for the packaging. He then personally supervised the packing of the individually wrapped sweets.

Samir Gupta: a labour of love

“He also refused to charge a single penny for it,” says Gupta, who was expecting to pay about INR 7,000 for the transaction. “For a successful businessman to waive that money is really something. But it’s not just about money; he really got into it.”

He wasn’t the only one. Delivering the sweets and greeting cards cost Samir Gupta six hours of driving, traversing heavily trafficked roads to Parmod Pahwa who lives on the other side of Delhi, and back.

What does Gupta hope to accomplish with this gesture?

“I just wanted to send some love to Pakistan,” he says.