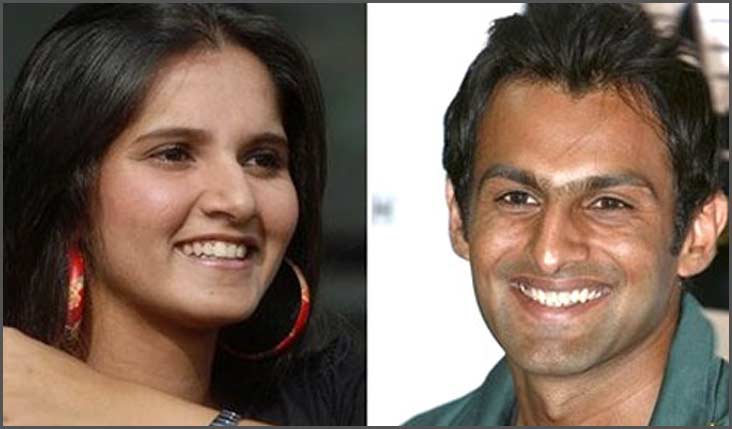 NEW DELHI: Indian tennis star Sania Mirza is going to marry former Pakistan cricket captain Shoaib Malik in mid-April and the couple is all set to live their lives in Dubai after the wedding.

Meanwhile, Shoaib admits that he will marry Sania after Geo TV reported on Monday that the two sporting superstars have got engaged. The marriage would take place in India and the reception will be organised in Lahore. The couple have been seeing each other for six months.

Shoaib’s mother reportedly fixed the alliance earlier this month.Earlier, Shoaib was accused of marrying another Hyderabadi girl, Ayesha Siddiqui, in 2002 over phone even though the cricketer said he was merely engaged to her.

Ayesha’s father had also threatened to sue Malik for jilting the girl and not giving her divorce. Shoaib’s mother had met Sania’s parents in India and accepted her as future daughter-in-law.

The Valima is expected to be held in Lahore on April 16 or 17, according to the TV channel, which quoted sources as saying that Sania and Shoaib fell in love some six-and-a-half months ago and it could be the reason behind the breaking up of Sania’s engagement with childhood friend Sohrab.

“I desire to get married soon. You will soon get some good news, but it depends on my family. I fully expect to get married this year,” Shoaib had said in a recent interaction with the media. Asked if it would be an arranged marriage, he said none could say what would happen, “but it will take place with the concurrence of my family.”

Meanwhile, Sania’s mother Nasima said: “Marriages are made in heaven. As parents, we are delighted with her choice.” Sania’s father Imran said: “This is a unique case where the husband and wife will represent their respective countries in sport.”