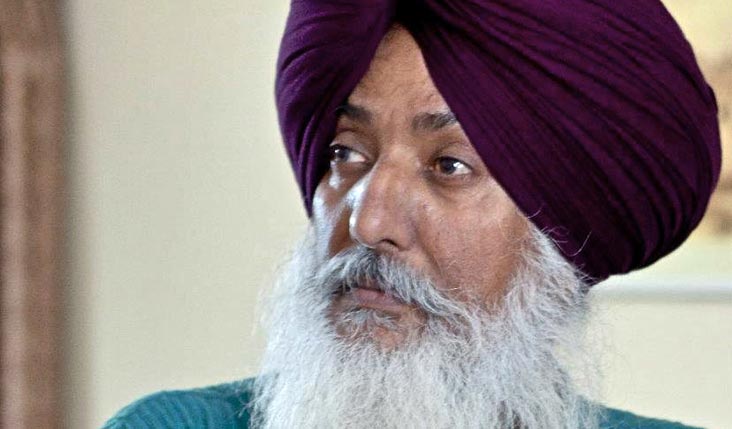 To admit my ignorance at the outset, I had never heard the name of the group Chaar Yaar, particularly of the lead vocalist Madan Gopal Singh. I was told he was one of the most popular folk and mystic singers of India who along with his group had performed across the world.

On the last day of Indian History Congress at Jawahar Lal Nehru University (JNU), Madan Gopal Singh and his group were invited to perform. The hall was jam-packed, mostly with young people. When he stood up and said, among other things, that he was an atheist, he was given a standing ovation.

Initially, the group traversed the path of Sufi texts dating back to 12-13th century beginning with Baba Farid and Rumi, and ending with Khwaja Ghulam Farid of late 19th century. Soon, however, the group started looking at the cultural bridges across continents. This involved experimenting with songs and poetry spread across various cultures globally and across different timelines. It led to the incorporation of music and poetry as diverse as that Brecht, Lorca, Tagore, Puran Singh, Hikmet, Hamzatov, Faiz and Nagarjun on the one hand and the building of musical bridges on the other. To give but one example, there is this bridge between Rumi, John Lennon, Kabir and Bulleh Shah in the same song.

Singh is currently Senior Fellow at the Nehru Memorial Museum and Library, New Delhi. He has written and lectured extensively on cinema, art and cultural history.

Somewhere along his association with friends from the fields of cinema, theatre, writing and fine arts, he found himself graduating from a reluctant amateur singer to a professional one. He is also a prolific translator of poetry besides being a poet himself.

He was executive editor of a leading leftist magazine of India Journal of Arts and Ideas.

He is married to Professor Lakshmi Dure Swami, a Brahman, once president of JNU Students Union, who first refused to marry him saying “you are too good a person to be married to” but then relented after the anti-Sikh riots. The witnesses at the marriage were great artistes like Safdar Hashmi, Asad Zaidi and Manjit Bawa. It was a court marriage and, in the words of Singh, “when the magistrate saw a Brahman girl had come to marry a Sikh, he literally fell off his chair and said, ‘are you sure you want to marry this man?’ to which she replied, ‘Maharaj, you just sign the papers and finish it’.”

Being a Sikh, he knows the art of making fun of himself. He recalls how he forgot the date of his marriage and so did not appear in court.

He used to perform at rich people’s houses with Mangit Bawa, a great painter.

They would weep listening to his songs. Singh one day told Mangit Bawa that he feels he had become a ‘performing monkey’.

Although he was born in Amritsar on December 1, 1950, his grandfather used to live at Gawalmandi, Lahore. He considers Tufail Niazi his Murshad (Guide).

When asked how he entered the realm of singing, being a student of history and literature, he said that he had read all western classical literature at a very young age. His father was a poet and polyglot. He did his Masters in English Literature and an initial course in Sanskrit. He had read all latest trends in French Literature like Structuralism and Post-structuralism because a Punjabi in France would translate the latest writings in Punjabi before they were translated into English, and they used to be printed in Punjab (illegally). He studied French for five years.

He worked with Safdar Hashmi and M. K. Sharma. In that period when they would stage a play, Singh’s mother was very scared. This was in the mid-1980s when anti-Sikh riots had taken place in Delhi. Working in camps, these like-minded people started singing.

I was neither here nor there”.

But his film-maker friends like Kumar Shahani, Mani Kaul and Saeed Akhtar Mirza encouraged him. They also asked him to sing in their films. Then he received a pat from Habib Tanveer Sahib.

He says he is a mystic who would sing at any place; he did not care for anyone.

During the first 20 years of his journey, he did not receive a single penny for his performance. Then these ‘professional musicians’ entered, the other three members of Chaar Yaar, and said it was an insult to their art and they would not be Rab Dey Janji, (God’s wedding guests). Henceforth, they would charge for the music they made.

That’s how the group Chaar Yaar came into existence. “I performed Allah, Mohammad and Chaar Yaar; it was our favourite. We were doing a lot of mischief through these Sufi songs, because the verses were almost blasphemous.”

As they performed at many places, they brought tears into people’s eyes. “At that time, we would assume there must be something good in us, which was why people were weeping or we were so bad [in music] that they felt like crying. But let me tell you we did create charm,” says Singh.

Referring to the rise of communalism in India he says, “We are not afraid of communalism. The old communalists have now got their turn. Let them perform and enjoy. Meanwhile, we will sing and perform wherever you want.”

When the Gujarat tragedy took place in 2002, Singh could not understand what had happened. “I did 27 concerts after that without a microphone [to make a statement against what was happening]. Later, I had bad throat for three to four years.”

He was caught at Jinnah Super Market in Islamabad Pakistan around 2002 while filming for Khamosh Pani, a film by Sabiha Sumar. “People asked me what were we doing with Muslims in India. You are killing our brothers and sisters they said, to which I replied they are also our relations, dear ones,” he says.

Dr Madan Gopal Singh has been to Lahore too to attend the Sufi festival on the invitation of the Peerzadas.

Briefs "If you want to read Manto, you will find him"