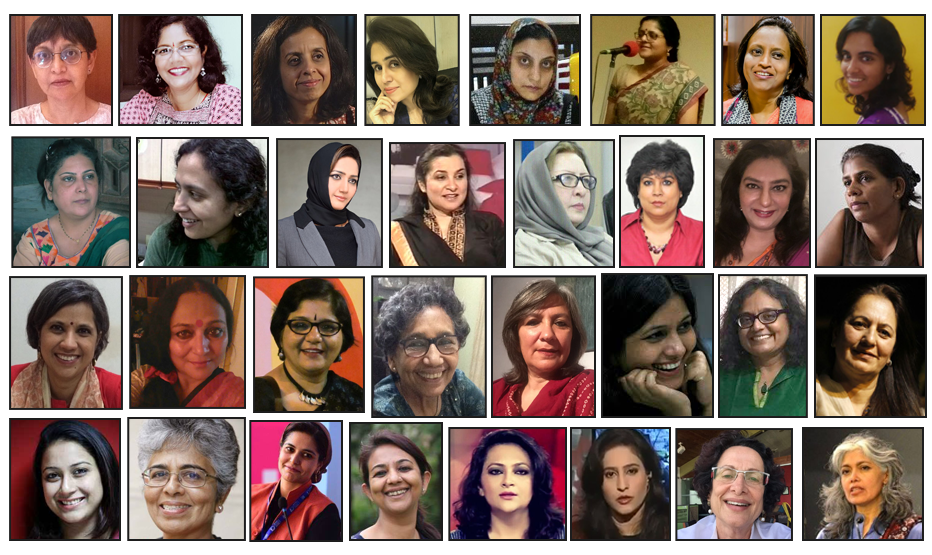 Prominent women journalists from around the region have joined hands against the war hype between nuclear-armed India and Pakistan. In a joint statement of Sepember 30, 2016, they urge political leaders and their colleagues in the media to exercise restraint and work towards defusing, rather than escalating tensions.

They also urged India and Pakistan to “immediately begin the process of diplomatic engagement through dialogue” and to include Kashmir and Kashmiris in this process.

We, the undersigned, members of South Asian Women in Media (SAWM), condemn the escalating war hysteria in Pakistan and India, and all kinds of violence in word and deed.

We demand the governments and political leaders of both countries to play a responsible role.

We also urge our colleagues in the media to play their role as responsible journalists and work towards de-escalating rather than fanning tensions.

We acknowledge, appreciate and support the sane voices in both countries, including our colleagues in the media who are trying to shape a sensible narrative that rejects outright war and adheres to factual reporting rather than regurgitating militarised discourse.

Last, but as crucially, we assert that the undivided state of Jammu & Kashmir is not a piece of real estate to be squabbled over, but concerns the lives and aspirations of the people who live there.

We urge upon both India and Pakistan to de escalate tensions and immediately begin the process of diplomatic engagement through dialogue to address their respective concerns. Kashmir and Kashmiris must be included in this process.