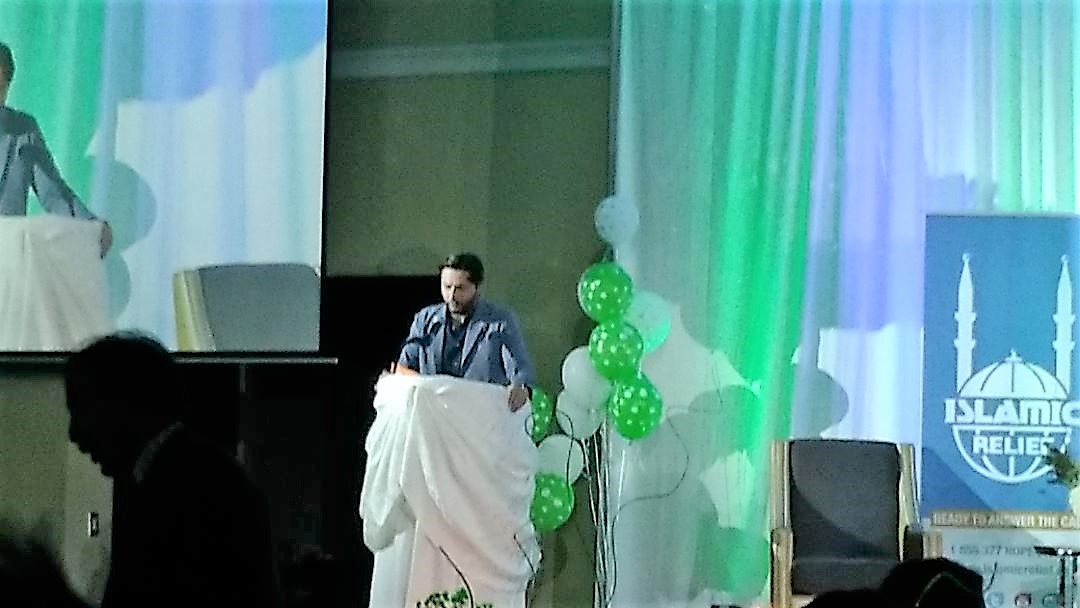 “For me there’s no greater religion than humanity,” stated cricket hero Shahid Afridi, speaking at a fundraising dinner gala in Canada to support the Sahibzada Fazal Rehman Charity Hospital in Pakistan.

“One of the areas where the foundation works, in fact, has 54 percent Hindus and many Sikhs living there. It is an area in Sindh. Many of these people drink water which those with princely lifestyles cannot even think of washing their hands and feet with,” said Afridi.

Far from the great hysteria surrounding India-Pakistan cricket matches, with Shahid Afridi at the helm, the evening saw great response to the appeals for taking initiative and giving of ourselves.

Beyond the overall goal of fundraising, Afridi’s stress on universality and harmonious co-existence were highly noteworthy.

Noting the diaspora crowd from various parts of South Asia participate in the fundraiser beyond religion and national boundaries, Afridi smilingly commented, “It’s so great to see people from these countries here. It’s best if we leave the fighting at the fields. It’s better if we live with love-filled relations.”